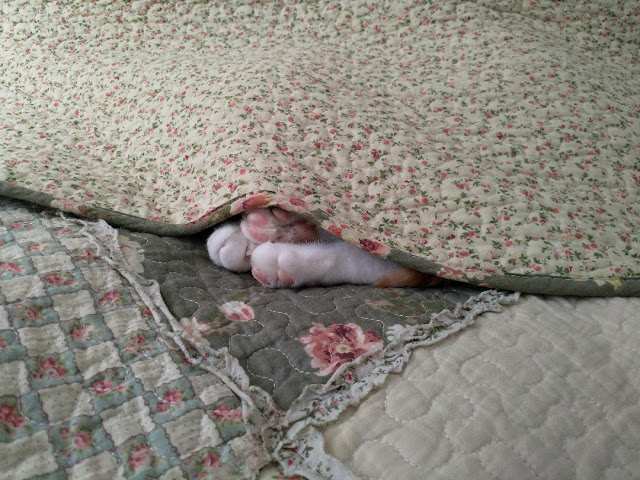 I went into the bedroom yesterday to fetch something and look what I spied.

I just had to tickle those pretty little feet ... 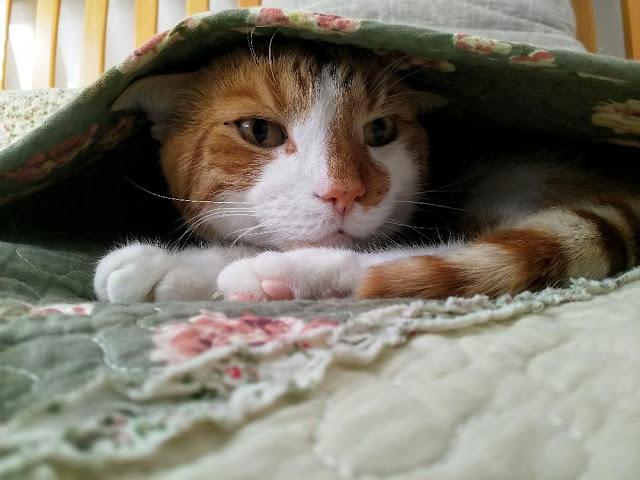 Ginger  is settling in well to his temporary home here at the flat and is getting used to sitting on the doorstep for fresh air whenever I pop out to the recycling bins.  Although he's really not used to people being able to walk so close to our door, and if he hears anyone talking or walking along the road that leads to the riverbank  he scoots back in to safety.  He's slightly braver at night when it's dark and will come out with the dogs when they go out for their last toilet break, but for now he's happiest and very content to be indoors

It won't be long until he has a small garden to call his own territory, and hopefully he'll let us share it with him. 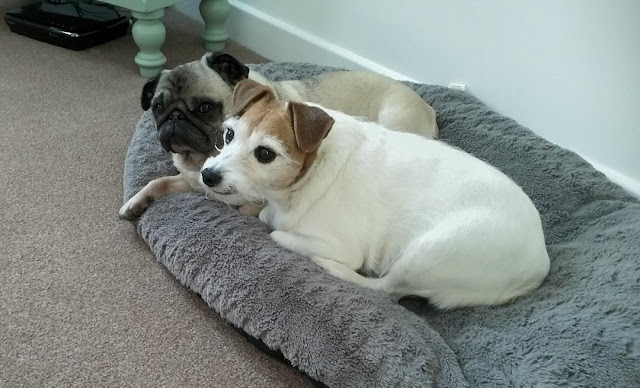 The dogs seem happy enough.  Suky is over her dental work and fully recovered, and although Mavis was a bit unsure of the new routines at first she has finally settled down now that she's been here for almost two full weeks.

So all is well in animal world. which makes life in our human world very happy too.