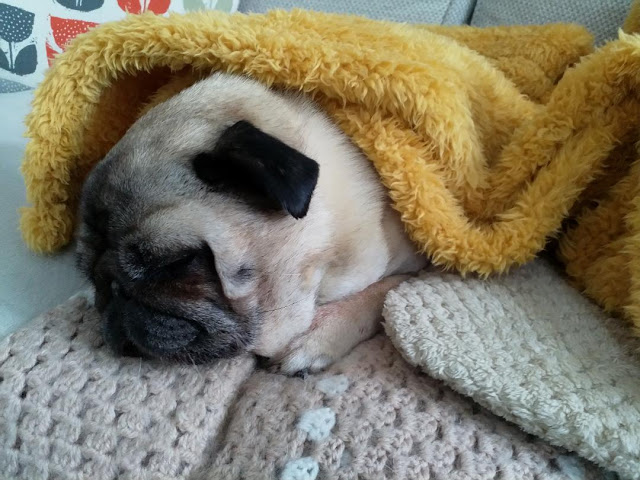 So my poor little fur baby went into the vets yesterday for a teeth clean up.

It was due to be done just as the first lockdown hit us all with a vengeance last March, and then of course it was cancelled.  Not classed as an emergency.  Then when she had emergency treatment on an eye ulcer last year we were advised to book her straight in after that lockdown ended for the teeth cleaning ... and then of course the third lockdown happened almost immediately so it was put off again.  She'd been drooling and smacking her lips a lot recently so I knew something was up and last week I phoned the vets here and made an emergency appointment for her to be looked at.

She was and they booked her straight in for a good cleaning.  Well it all came too late, any teeth that might have been saved were now damaged beyond hope and yesterday Suky had all but 3 of her teeth taken out.  I don't blame anyone, it's all down to circumstance and we have all suffered in some way during these strange times, even our animals. 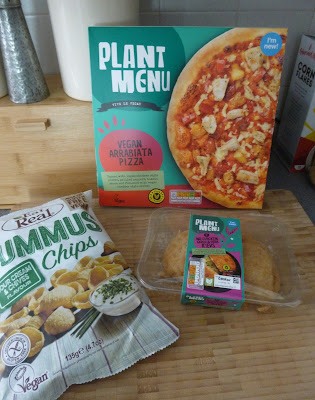 As she wasn't allowed anything to eat before her anaesthetic I didn't have any breakfast either, far too cruel to make her watch Mum eat when she couldn't have anything.  Big mistake ... I went onto the shops after dropping Suky off at 9.30am yesterday for a few bits and pieces that were missing from the cupboards.  I needed to keep myself occupied, after all last time I took a dog to the vets she didn't come home again and that stays with you ... always. 😑
I ended up with a right hotch potch of shopping including a pizza which screamed out at me from the freezer in Aldi 'YOU NEED  PIZZA FOR BREAKFAST' ... alright, alright I said I will then. 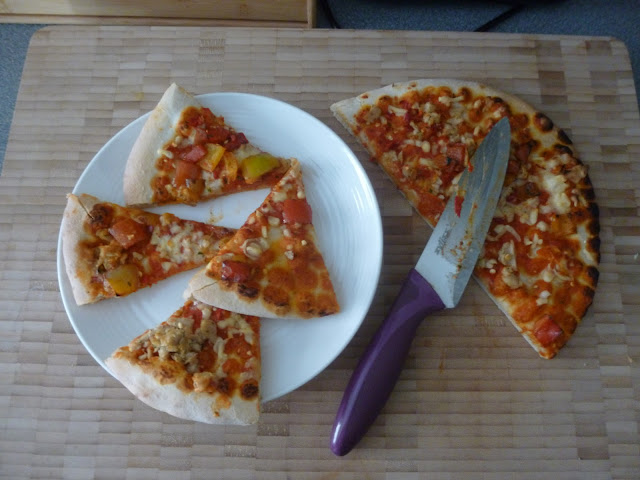 And I did.
It was going to be just half, but of course another cup of coffee half an hour later and the rest was gone too. 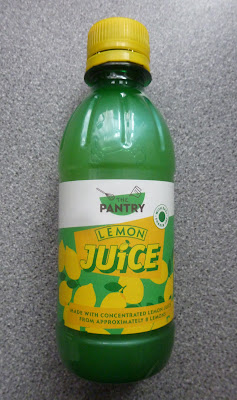 I bought a bottle of lemon juice while I was at Aldi.
I usually have a lemon sliced up in the freezer, I have a slice each morning in hot water first thing and then put it into a glass for topping up with water during the day.  It doesn't work here, I can't fit a glass in the fridge, so I thought to myself why not have a little dash of juice in my hot water instead.  And at just 33p for a bottle it will be interesting to see how long it lasts.  One lemon usually does me a week for a similar price, I dare say this is going to last a lot longer. 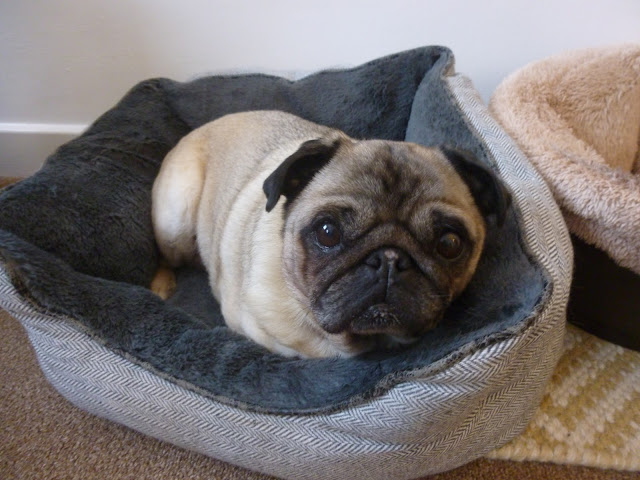 The best thing of all, and to set my Mum's mind at rest, Suky is so much better this morning.
After an afternoon and evening of snuggling on the sofa with Mum yesterday, scrambled egg for tea, a good nights sleep and half of her usual amount of breakfast (dried food but moistened with water until it was soft) she is much brighter eyed now.
We had a short doggy walk before bed last night and another this morning, and although she is very tired, she is happier in herself.  Now her washing is sloshing around in the washer, she drooled a lot of blood yesterday ... and she is farting for England.
A Pug's revenge is absolutely deadly!!
Sue xx
at 12:56 pm

Email ThisBlogThis!Share to TwitterShare to FacebookShare to Pinterest
Labels: Animals, Living by the River

The £3 a Day Challenge