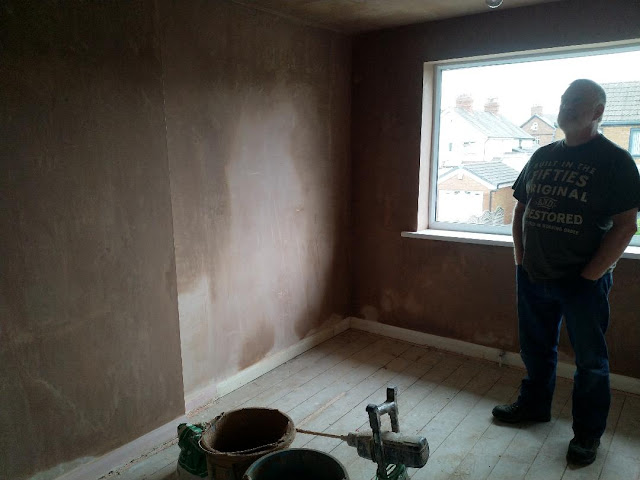 One of the reasons that our house renovations have taken so long is that although when we viewed the property everything looked good, on closer inspection once it was empty this was not the case with the main house.  A lot of the walls and the bathroom ceiling needed the old plaster taking off.  Once the wallpaper and ceiling paper had been removed there were a lot of cracks and damage underneath that we really hadn't expected, so they had to be re-plastered before painting.
Luckily the warmer weather over the last two weeks has meant that the plaster dried out nicely and now everywhere is painted. 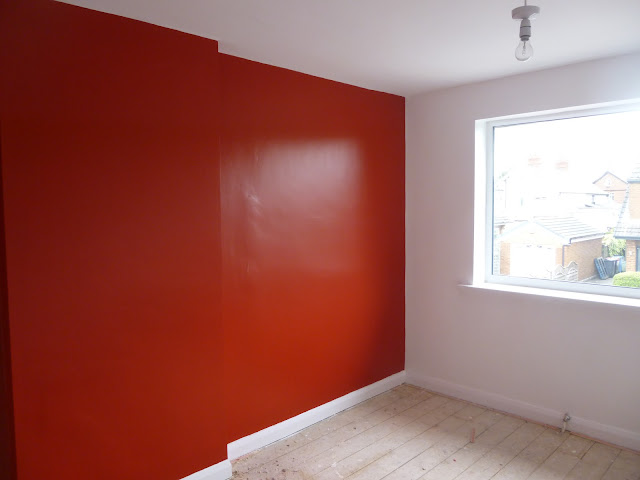 As in the top photo this is the front bedroom ... now known as the red room ... with the fitted wardrobes removed and completely re-plastered. 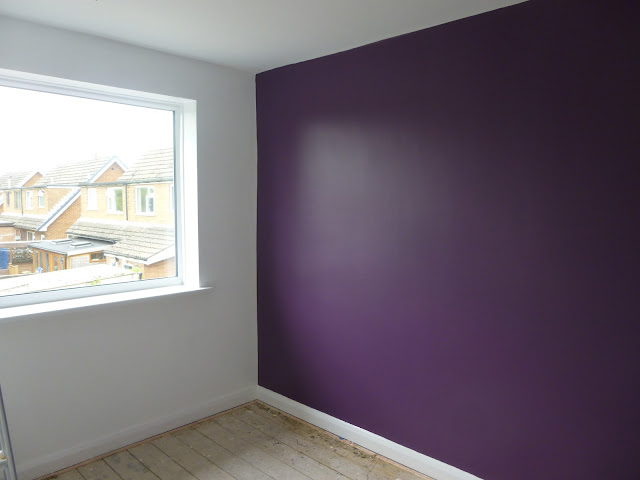 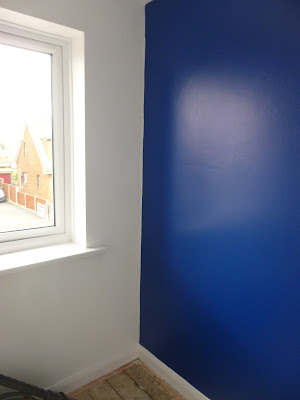 The little box room or 'the blue room'.
Each room has one wall painted in Alan's choice of colour and a matching lampshade.  The 'blue room' also has plain blue curtains.  The lampshades were bought from Dunelm and then the paint colours mixed to match them exactly. 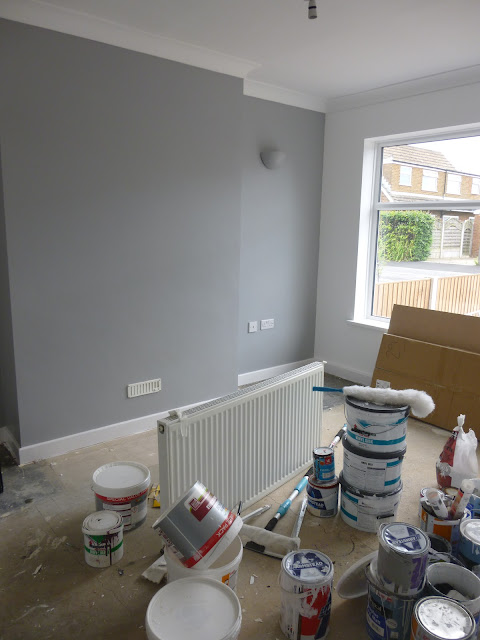 The living room ... the paint cans were removed the day after I took this photo.   All the radiators were put back on the walls at the start of this week and the central heating boiler in both properties re-checked by a qualified gas engineer.  The carpets will be fitted in the whole house on Friday of this week.
Last week new windows were installed over most of the house and all the locks changed, today the snagging work was done and a cat flap for Ginger was installed in the bottom half of the back door. 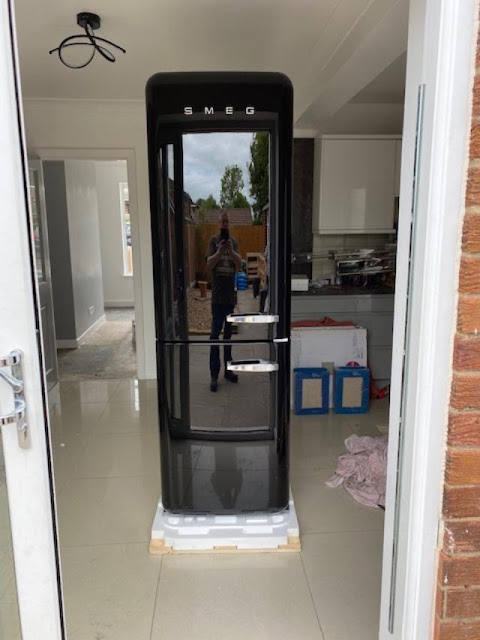 I ordered my Smeg weeks ago and have had to wait for it until Monday of this week.  Alan loved the photos of mine so much he ordered himself the black version ... and it was delivered almost immediately.  He is very smitten with it, and as you can see it fits in with his snazzy light fittings very well 😀 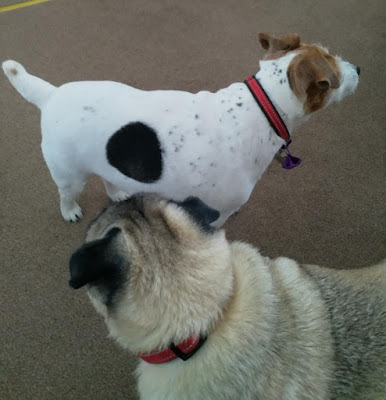 A little doggy update too.
They both went for a good grooming session last week and Mavis has had her two-yearly clipping to turn her into a sleek version of the scruffy Jack Russell she usually is.  I think it makes her little tail look very strange, luckily they left her distinctive eyebrows intact.
Sue xx