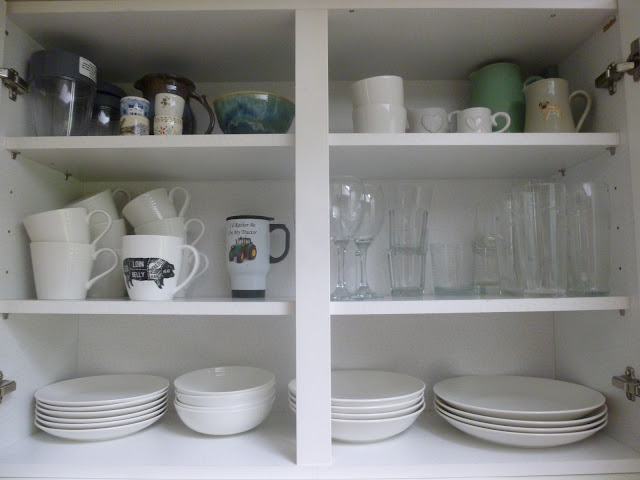 I sorted through all the kitchen cupboards a couple of months ago, indeed I originally sorted them through them last year.  But I'm finding that this decluttering lark is best done in sweeps.

The first sweep is all the stuff you don't like and is oh so easy.  Then sometime later comes the sweep of all the things that you quite like but just don't use.  Next comes another sweep gathering together all the things that you realise should perhaps have gone sooner but were being kept because of memories they hold, uses they might have, occasions when they might come in handy and sometimes because they cost you more than you would usually have spent.

The final and most rewarding sweep is when you forget to worry about any of the guilt trips, the preconceptions, the might be usefuls etc etc

This cupboard has been well and truly swept ... and is now I think in it's final look, holding things that we use regularly, or have been used very recently.  There's no excess, nothing that jars or annoys me and there is just enough of everything if we have people round, workmen for coffees etc. 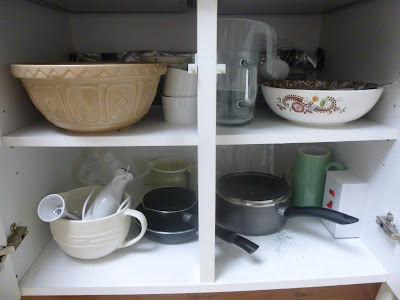 The cupboard next to the Aga did look like this first thing this morning ... 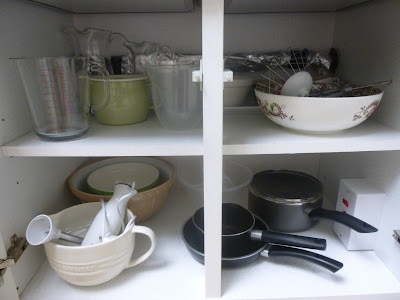 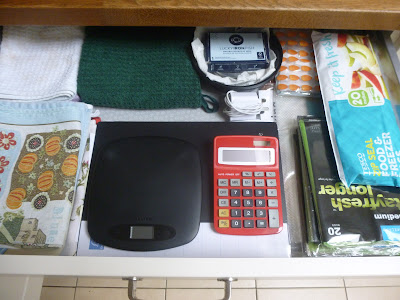 The tea towel drawer under the worktop in what I think is it's final state. 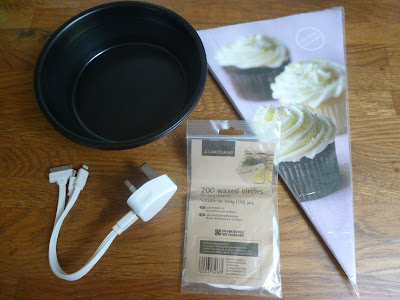 It only gave up four pie tins (I'll never need eight!!), a charger that fits nothing we own, some waxed discs for jam making and some disposable piping bags ... we don't eat anything with piped cream on top, so why on earth have these lasted here so long?

As you can see in some areas we are getting right down to the nitty gritty, and it's a good feeling.   While waiting for the kettle to boil I choose a place to sort though in the kitchen and I still find bits and bobs to add to the car boot sale box.

As we simplify our lives a calm descends and it's very addictive.  Luckily I still have a few areas in which to feed my addiction, and a couple more months of car boot sales in this area to turn the excess into cash.