It's a Bit of a Book Week 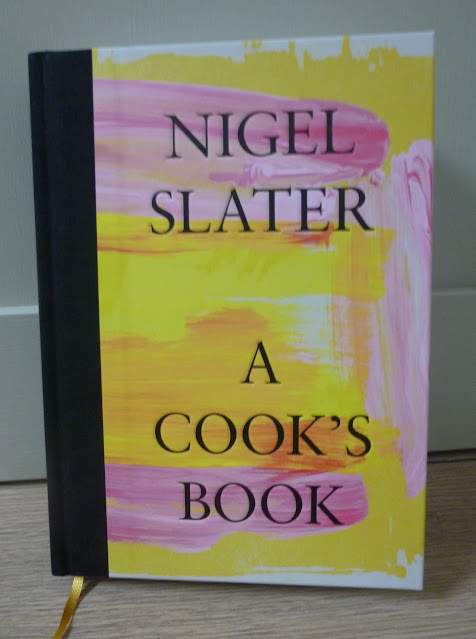 It really has been a bit of a book week this week, first I got my pre-order of Nigel Slater's latest offering ... and isn't that cover just glorious.  I love Nigel's writing and his recipe books aren't just recipes they are reminiscences and essays that carry you through his books until you are in a different world.  A world where you want to go into the garden to snip a sprig of rosemary and then nip to the lovely old fashioned corner shop for a pound of freshly made sausage links and a pouch of coffee beans.  Then you come to your senses, make a Nescafe, grab a biscuit and sink once more into his words. 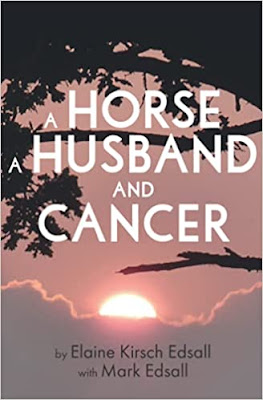 The second new book was my pre-order of my former Blogging Buddy Elaine's book A Horse, a Husband and Cancer.  A poignant book that has been sat by my side waiting to be read since it fell through the letterbox, but I need to prepare myself for this one.  We were inconstant communication via Facebook, Messenger and via our blogs for so many years that to not have her any more, and to only have her words is hard.
Sadly she lost her battle with cancer on 5th January this year, but boy oh boy did she put up a good fight over all those years.  Her husband Mark carried on her blog (same title as the book she was already part through writing, and which is on my sidebar ... as she has been since her Ted and Bunny days were listed on my old blog Our New Life in the Country) telling the end of her story as was her wish and so many of us read along each week through blurred, teary eyes.  Now all I see are her comments popping up almost daily on my Facebook Memories page, on jokes shared that remind me of our similar wacky and at times totally irreverent humour.
The book will sit close to me until I can bring myself to read it, there is no rush. 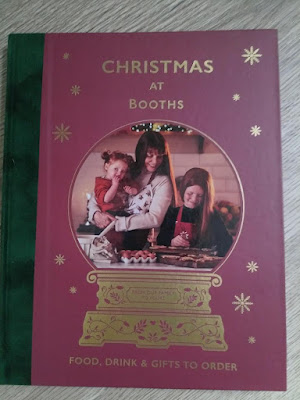 The final book this week ... the Christmas at Booths annual offering.
A freebie that is far too good to be given away in such huge quantities in the stores, but one that I pick up every year without fail.  Although this year I went through it carefully and counted the vegan offerings ... 17 if I have counted correctly, and most of those were fruits and vegetables.  Would I buy it if there was a charge ... I doubt it.
But I will pass it on to a neighbour rather than popping it into the paper recycling bin, it's far too good to be flicked through only twice (once by me and once by Alan) and then discarded.
And now I have to fight the urge to buy more books, oh the thrill of opening a fresh new book, it's hard to resist!!
Sue xx
Bookaholic Extraordinaire
at 7:00 am