Shopping, Bagels and a Frugal Tip 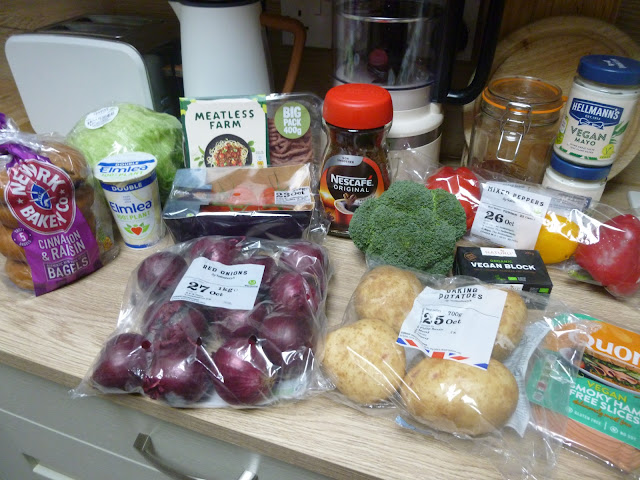 Alan gave me a lift to the opticians yesterday morning, I had to sign an NHS form to allow them to claim for all the emergency tests they did on my eyes last month.  The were brilliant considering I hadn't even been signed up with them yet since we moved into town.  I got a same day emergency appointment and had every test possible run on my eyes and temporary glasses prescribed.
Anyway I digress, while he was waiting for me Alan picked up a pie for his lunch and a ham hock for his tea from the pie shop a few doors down, and then we both called into Sainsbury's as we have to pass it on the one way system to get home.  Three birds with one stone ... it just had to be done while the rain poured and we were out anyway.
I bought a few things that I had run out of and then I spotted the Meatless Farm Mince, I've not had that since I did This Challenge in June of last year.  I remember it being very good and as it was on offer I decided to buy myself some and make a few meaty dishes, 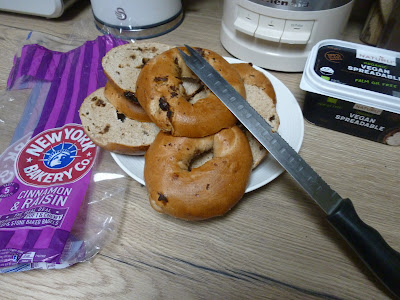 I was also tempted by my favourite bagels being on special offer and bought a bag.  When we got back I gave one to Alan for his elevenses ... well you have to pay the ferryman and all that 😀😄
I popped one for me into the toaster and while the kettle boiled I sliced the others to pop into the freezer. 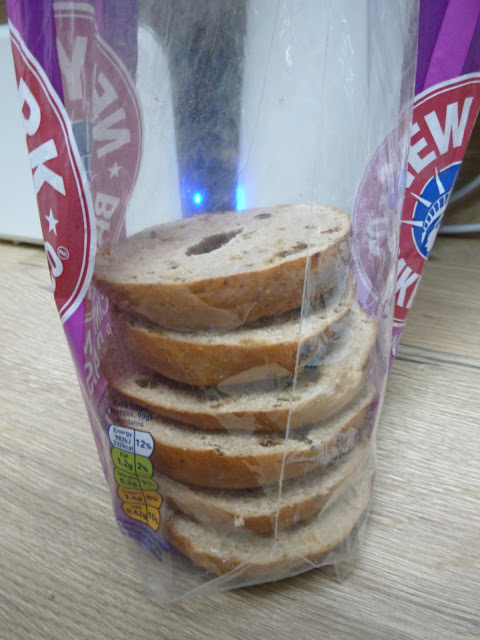 Sliced first and then frozen you can then take out as many halves as you want for a snack and you don't run the risk of slicing through your finger while trying to halve a full frozen bagel.  And if you stack them this way they don't stick together while they freeze.
This is one money saving tip I have given a few times over the years, but I was recently asked by a new reader to repeat some frugal tips ...  so here's the first one, I'm happy to oblige. 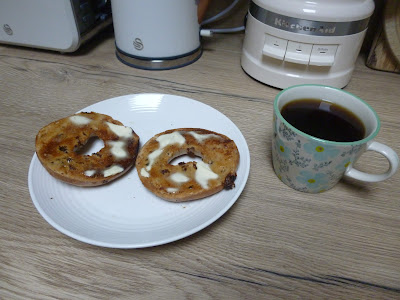 Well the goods just had to be sampled didn't they, so it was time for a second breakfast 😄
Something to watch over a nice cup of coffee and a bagel, that might help you understand why I don't eat meat.  I love Those Vegan Guys, it must be the accents reminding me of my roots. 💚
Sue xx
at 7:00 am