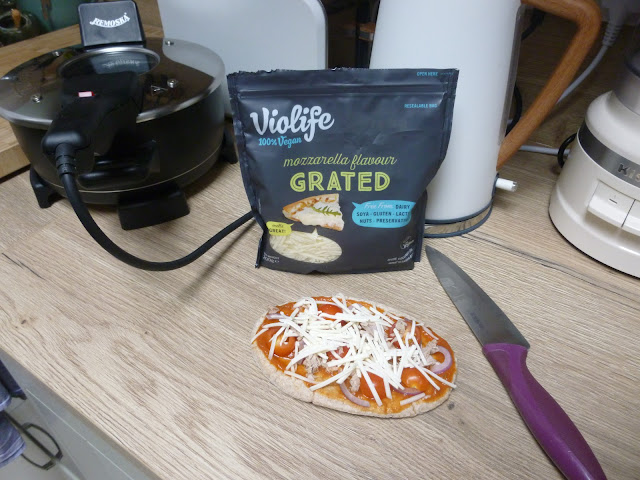 Inspiration for a good decluttering session can come from many places, personally just recently while I have been forced to take things easy ... so bloody easy ... I have been plonking myself in front of the television and watching YouTube videos from all over the world. 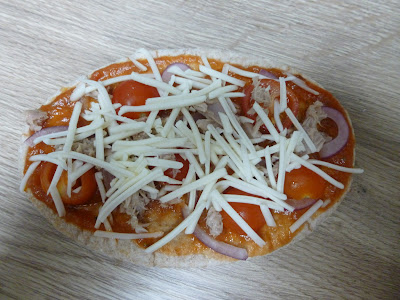 I grab a snack, as seen here a pitta bread pizza, or a big mug of coffee and tumble down a rabbit warren of many twists and turns.

My Stuff (2013) DVDRip - YouTube
I paid for and watched this particular film a few years ago and then last week found it again on YouTube.  It's something I would loved to have done if I had been able to when I moved into my new place ... not the naked bit though 😄  I think I would have started with just ten items and then added things over the course of six months.  It's fascinating to watch though and there was a Channel Four series that was based on this guys idea a few years ago, but I can't find any of that online.
Extreme minimalist challenge: 1 item per day for 30 days - YouTube
Next I found this guy who set himself a challenge based on the My Stuff Video, equally as fascinating.
The Minimalists: Less Is Now | Official Trailer | Netflix - YouTube
And then of course there are the original Minimalist guys and their  Less is Now and other documentaries on Netflix.
And of course things shift and change as you move through life, but these days I think most us would agree that we own far too much 'stuff'.  More than we need and more than our children or family will want to be left with once we are gone.  How easy life would be ... and here speaks someone who has just moved from a caravan, back to a house, into a flat and then into a lodge all in less than a year.  If I ever move again it WILL be with even less for sure.
Now I'm off to tumble down yet another rabbit hole, who knows what I will stumble across this time.
Have a great weekend.
Sue xx