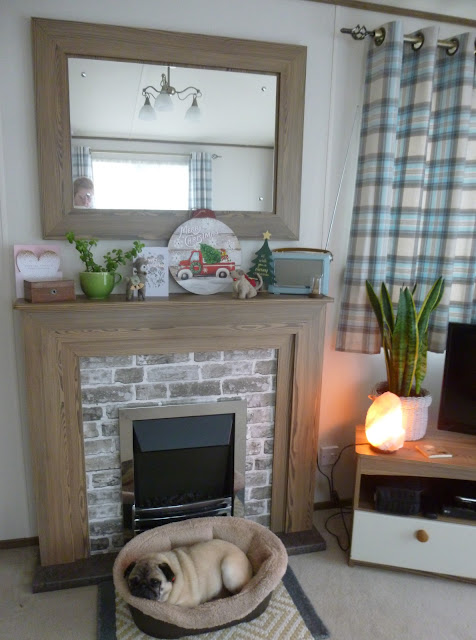 Bit by bit this week things have been packed away.

Some things stored under the bed here at the Van, which is now full to capacity, and a few things to go home.  Some things have gone to the charity shop and some old and broken things into the bin.

It's not been possible to send things home to Wales with Alan each week, as the house is still in such a state of disarray that to add to Alan's discomfort there would have been unfair.  It's been good as it's made me reassess what we own here and what we actually need.

Most of the pretty 'clutter' from the mantlepiece is actually useful stuff but this week even that has been packed away.

All that's left are the few new Christmas things ready to go home with us on Sunday, the radio, the plant and the little money box, oh and our anniversary cards.  I quite like the new simple layout, it makes for a nice change even if I don't usually bother swapping things round much.

It's been a cold few days and nights here in Scorton, and evenings have been spent snuggling under throws reading or watching the television ... and the nights cuddling into hot water bottles.  Suky loves her hot water bottle and snuggles so closely into it that it's still warm in the morning, which sets my mind at rest as I know it means that she too is reasonably warm during the night. 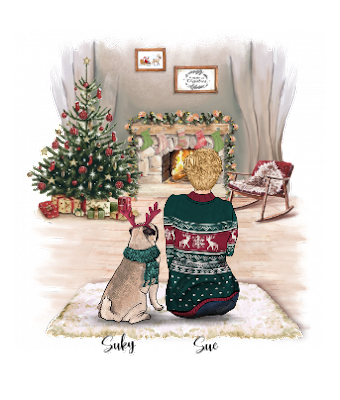