Getting Ready for Even more Simplicity 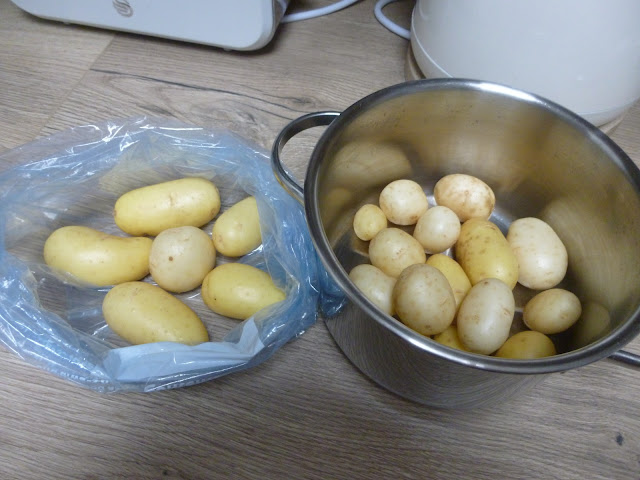 I forgot to mention at the start of the week, that last weekend I emptied out the three large planters of potatoes that I planted back in August. it was only when I saw Angela's tasty little harvest that I remembered the photographs languishing in my camera.

I had noticed weeks ago that the foliage was all really dying back quickly, but I had to smile to myself when I rounded the corner to the shed and saw that all greenery had completely vanished ... nothing to go into my new bargain tiny compost bin then.  😄

We didn't get many potatoes from the 18 planted but what we did get was split between the two of us.  Alan decided to try and keep his for our Christmas lunch, but I thought I would cook up half of my portion for a shared meal that night and I still have the ones in the blue bag to have for another meal.  There might not have been many, but they were delicious, and of course now I have those huge planters to plant either more potatoes in or something else for next year.

And next year I really do want to try and grow more and finally get my tiny vegetable garden into full production.  I now have both the fancy wooden raised beds and these three large planters, and once December is over I should have a good stash of seeds from my Advent calendar. 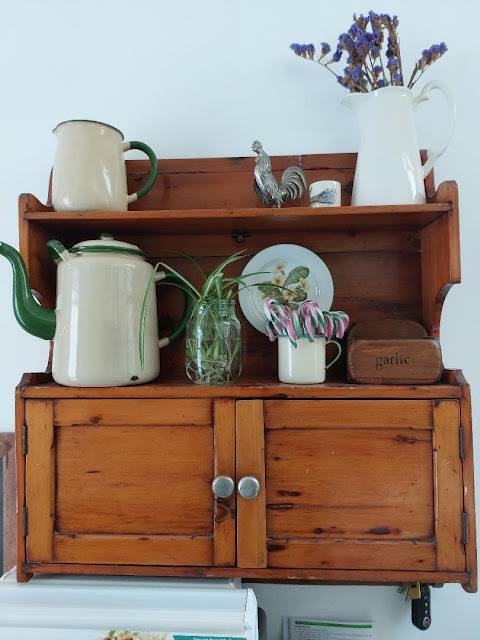 Next year is going to be a year of real simplicity as I am already making plans to stop spending on anything but the absolute necessities.  The food budget is to be cut to whatever money I have been able to make this year ... it's not been counted yet, so that could prove interesting.  As most of you are aware this year I have sold at two table-top sales and on and off all year on Facebook Marketplace.  I have just made a final book sale via Ziffit and made myself another £22.48.

A little tip that I learnt this year, if Ziffit doesn't offer you much for your books or DVDs, try alternating with selling via webuybooks.  By doing this I have managed to get quite a bit more money each time! 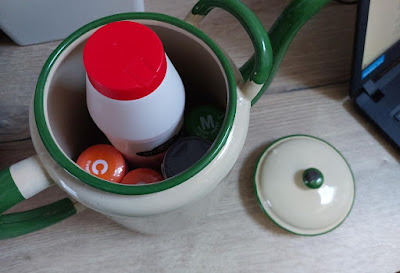 It all adds up, so hopefully I have enough in my little pots and boxes of cash dotted about the place to cover my housekeeping budget for next year.  I have gotten into the bad habit of squirreling away the money that I have been receiving over the year in dribs and drabs in the strangest of places, and sometimes where I expect to find money in my old Sealed Pot for example, I instead find something completely different.  Salt and spices anyone?

I have no idea how much there is, but I managed to get rid of most of the small change when we did the table-top sale so it is at least in one and two pound coins and notes which will make shopping with cash much easier.

I have tried doing variations of this a few times and I always seem to make it more complicated than it needs to be, so this time I am keeping it really simple and just having the pot of money to dip into whenever I need to shop.  When it runs out, it runs out ... as simple as that.  So, the only real Challenge is not to dip into it too often!!