Missing the Quiet of Van Life 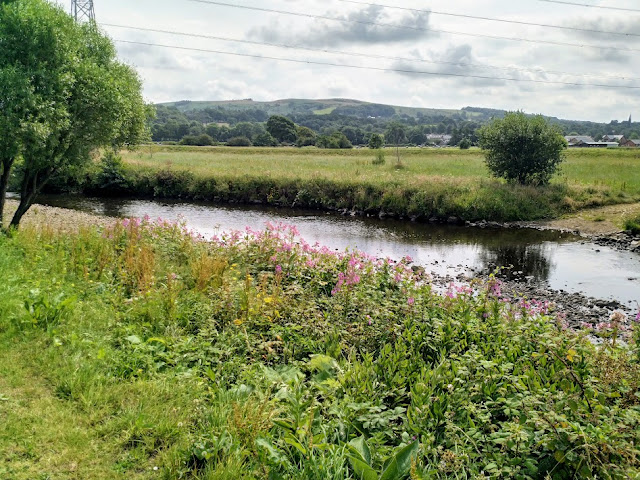 I'm missing the quiet of my Van life.   The calm and peace of the riverbank. 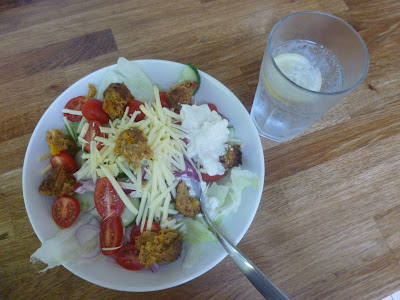 The simple food, cooked or not cooked just for one. 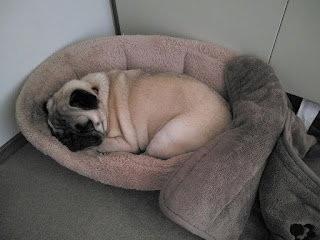 And sleeping with a gently snoring Pug in my bedroom ... although saying that sometimes she does get a tad louder and squeakier as she chases unknown menaces in her sleep.

The reason it's so much noisier on our Welsh hillside all of a sudden is the National Eisteddfod which is going on all week just a few miles up the road from us.  It has brought with it the need for much more frequent trains running on a now exposed line, with no trees to muffle the sound of their passing.  So much extra traffic is passing by the house on the road from very early in the morning until late at night, and alongside all this noise and movement is the constant thud, thud, thud as fence posts are being driven in in the fields that run alongside the railway as the modifications along the track continue.  And then later through the night, the large trucks bringing huge rocks to shore up the railway line embankments queue up along the road directly outside our house, their orange revolving lights lighting up the bedroom in the weirdest way,  waiting their turn to deliver their boulders.

Even now as I sit in the office trying to get this to read right,  the sounds are merging to form an almost hypnotic and annoying medley of noise befuddling my brain and weirdly making me crave more caffeine than I know is good for me.

I think it's time to hit the road and head for some peace and quiet.