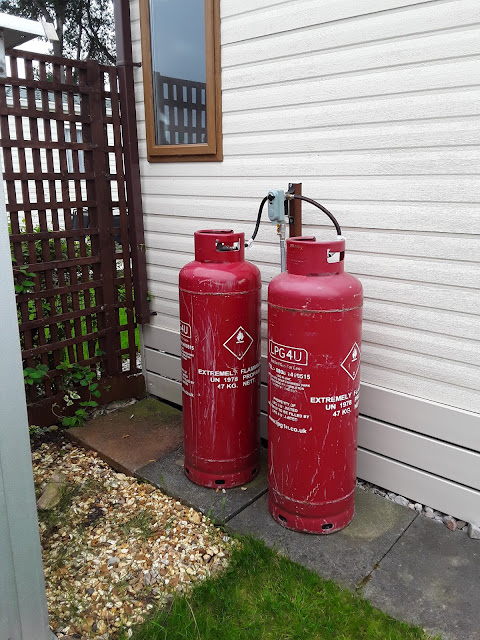 Here at the Van I run on a mixture of mains electricity ... supplied at cost so low that a once yearly bill just about creeps into the tens of pounds rather than hundreds ... and bottled gas.  The gas fuels the central heating, hot water and cooker and everything else is electric.

Last year I think we bought five or six cylinders the whole year, and considering we were here through some cold weather with the central heating on whenever we needed it I think that's pretty good going.  Each cylinder costs £67 plus £2 delivery so even if it was six last year that's a total cost of less than £500 for heat, hot water and cooking.  Not too high a price to pay to be nice and cosy, clean and well fed. 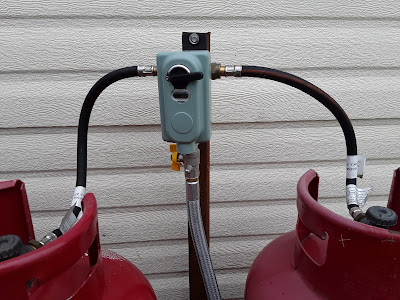 This year I bought the first replacement cylinder just five days after we arrived at the Van, the next just three weeks later.  I don't know if they are affected by being stood in freezing cold temperatures but that second purchase seemed very quick ... even with the heating on a lot.

Anyway I can't complain at all as the one I am currently using has been on the go since then,  a grand total up to now of 23 weeks.  Yes ... twenty three!

Last weekend Alan even went and double checked that we had not switched to the spare cylinder and forgotten to replace a used up one ... but no, it's the same one. 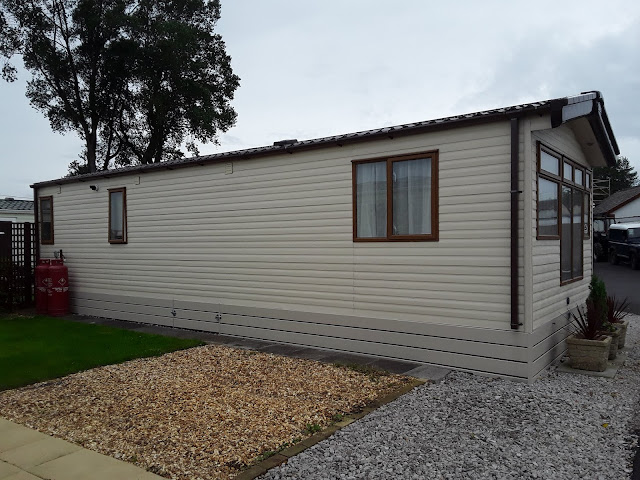 Of course the downside to thinking that we are about to run out of gas at anytime for so long is that every shower feels like a game of Russian Roulette.

It's not quite the end of the world when we are both here, there's plenty of room to  sidestep in the shower and turn off the icy cold water while the other person hearing your screams of  'arrgghh what the f*ck'  can quickly nip outside the Van click over the diverter switch and turn on the new gas bottle, then come back inside and reset the combi boiler, meaning your nice hot shower merely has a bit of a commercial break.

But when I'm on my own ... which has been a lot this year ... the thought of being left covered in soap suds with only the option of a cold rinse, is not a nice thought! 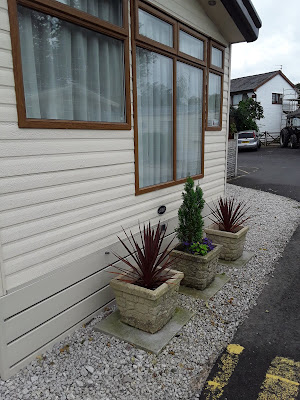 All the photos today are of the back of the Van ... a side I don't think I've shown before.

Email ThisBlogThis!Share to TwitterShare to FacebookShare to Pinterest
Labels: The Van, Van Life