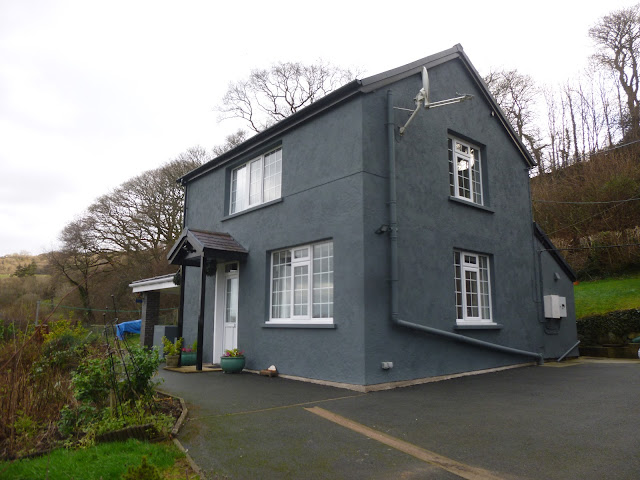 Here it is, the final 'Snippet of Home', the final tour around our Welsh house.  Really I guess it should have been the first, but you know me, never one to do things the right way around  🤣

This is how the outside of the house looks after the two sided re-rendering ... which meant chipping right back to the 120 year old bricks, sealing them and then rendering with two coats of render and then re-painting the two sides visible in this photograph with three coats of paint.  It  has made the house look almost exactly the same as it was before the work.  But those of you in the know will spot that the four brand new windowsills are no longer painted black as the old cracked ones were, but that is the only visible difference.  Luckily I photographed the work as it progressed so I can prove we have had it all done. 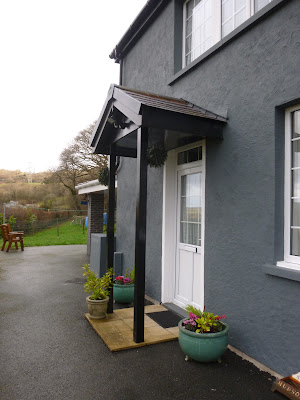 The front door looking neat and tidy, with the pots re-planted with seasonal flowers to compliment the dormant Summer perennials that will reappear in a few months.  Somehow the Bay is still alive in the front pot … this is the longest I have ever managed to keep a Bay tree alive. 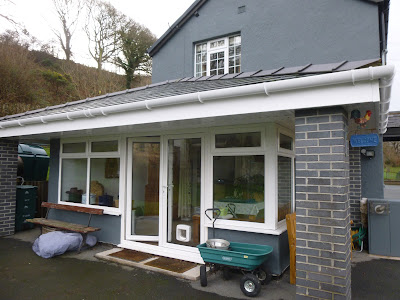 The conservatory/garden room on the third side of the house, looking a bit cluttered but we are just in the process of clearing areas and making the outside look neater. 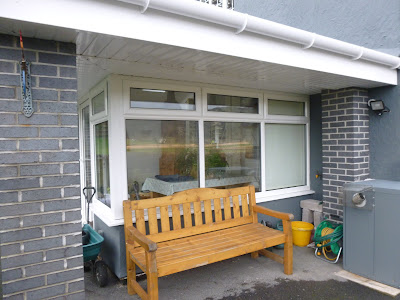 The bench where we sit to admire the view opposite … in warmer weather!! 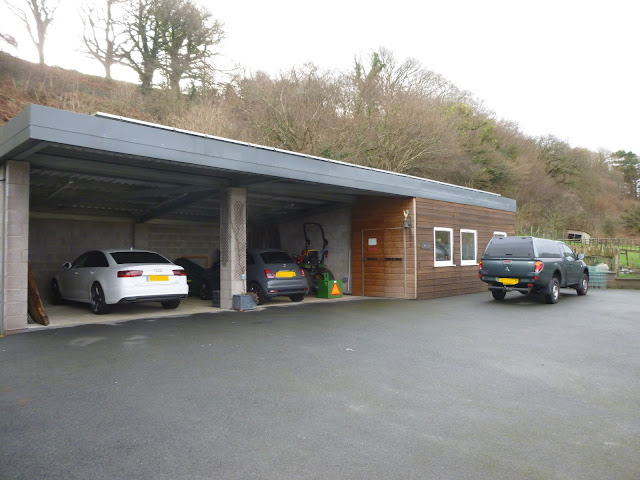 The vast expanse of tarmac that was a condition of the planning application to widen our entrance driveway off the main road.  We had to provide a complete turning ability for a large vehicle pulling a animal trailer so that it could go out facing forward after pulling in that way … we managed it.

The four vehicle garage space, currently holding two cars, a tractor and the clutter-y outdoor stuff we are selling.   The wood cladded area with the windows is Alan's mancave, a woodworking workshop …

…  which also holds the control room and night-time battery bank for the 45 solar panels that are hidden from view on the large expanse of roof. 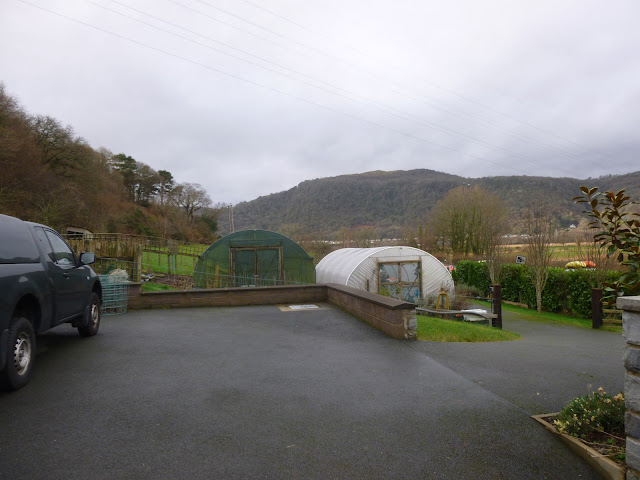 Looking across towards the tunnels and our paddock.

The metal cover in the corner this side of the low walls gives us access to check the massive water tank that is hidden under the tarmac in this area.  This collects rainwater off the garage/workshop roof and is used for all outside jobs and watering the plants in the polytunnel.  Pumped up to and accessed for use, by a tap on the left hand gatepost.

Our land extends to the top of the hill above the trees to the left, to the post you can see in the distance straight ahead and to the grass verge at the side of the main road to the right.  A total of approximately five acres. 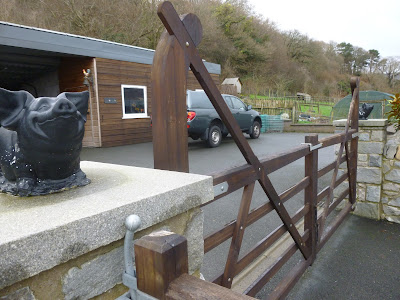 The front gates with the little piggy post toppers. 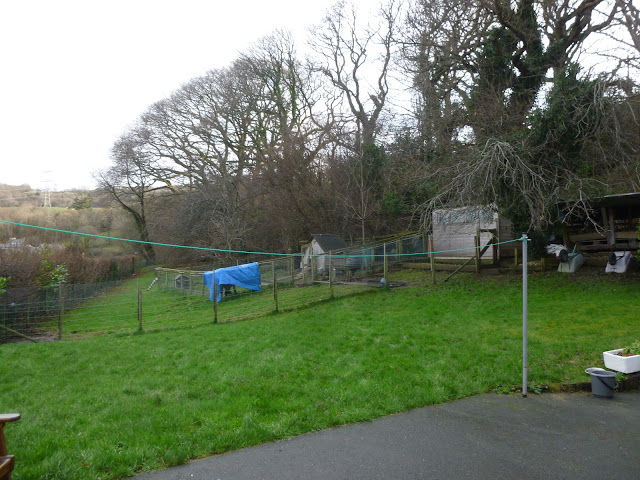 This is the view from the conservatory, across to Chicken World and showing the extent of our land at this side.

It goes to a triangular point at the far end of Chicken World where it has the road on one side and backs on to our nearest neighbours small woodland and field on the other.  Everything to the right of this photograph from behind the shed and woodstore is also our property, again up to the top of the hill. 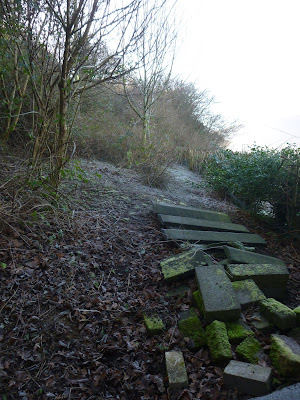 A little glimpse into the access pathway to our woodland.  This completely closes up during Summer when nature claims the area back and brambles, bushes and greenery spread from the trees to our hedge, meaning a prickly walk if you want to go upwards.

And that's it, our little patch of North Wales.

Productive, hard-working and glorious in the right weather, with views to die for at the right time of year  … and enough rain at times to float an ark.

Email ThisBlogThis!Share to TwitterShare to FacebookShare to Pinterest
Labels: Snippets of Home, Tales from Wales