Walking into Autumn ... and Trapping the Sunshine 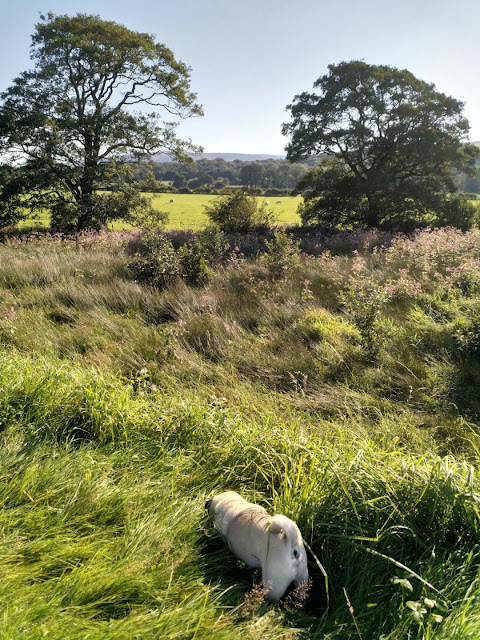 After a weekend of not enjoying her walks, suddenly yesterday Suky found her stride again.

We wandered along the high bank that comes between the flood defence field over the river from the caravan park, and the mixed area of skips, hardstanding and general detritus that a caravan park throws up over to our right.

It doesn't sound like a good walk does it, but it's good if you keep your eyes on the nature and greenery all around you, watch the sheep through the gap in the trees ahead and the horses in the field and stables beyond the skips, ignoring the deserted steps, fridge-freezers and various caravan parts that litter the ground waiting to be enough to be collected for scrap metal, or called into service in some unexpected way by the campsites brilliant handyman. 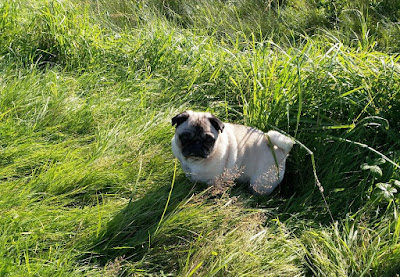 Suky loves it when it's just the two of us and lots of delightful doggy smells, she runs ahead then stops and sinks her face into the long grass burying her face in the smells that she loves so much.  Dogs can pick up so much from the scents around them and to see her enjoying herself makes me smile as I catch up and then overtake.

Two minutes later she streams past me again, her little curly tail waggling away in her happy rush to find the next delicious odour on her adventure.  We took our time and as I stood and took some photos and drank in the fresh air and blue skies it was on my mind that Summer is over.  Best to enjoy any patch of blue sky that comes our way and really make the most of it. 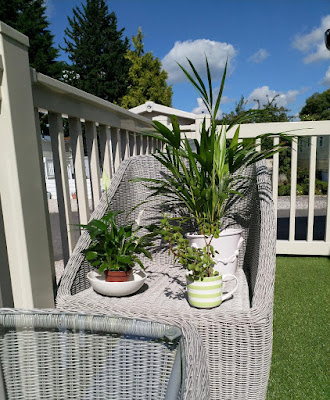 So when we got back to the Van I watered the houseplants ... Van plants? ... and put them out on the decking for them to soak up some sunshine for a few hours. 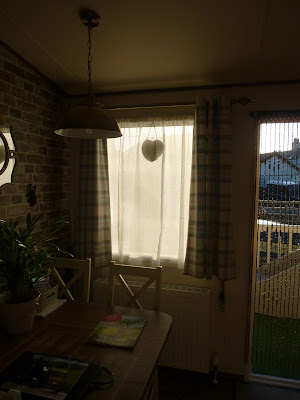 Later in the day the regular coolness came back. 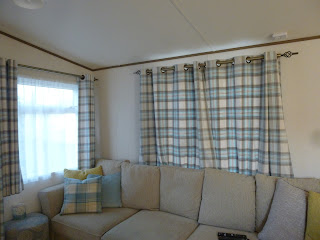 The nights have been drawing in quickly for the past week or so, and each evening I go round the Van closing the curtains on the shady side and making sure the curtains on the side that catches the evening sun are wide open.  As soon as the sun dips low in the sky all the curtains are drawn and for a while the Van fells cosy and warm. 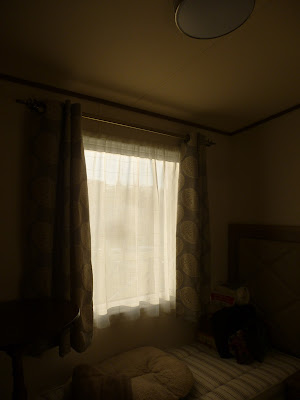 I've only succumbed to the central heating a couple of times, usually in the morning and only for an hour or so even then.  Free heat is good heat so trapping any warmth from the sun is good, once again this year I have had a gas bottle that has lasted me far longer than is usual.  So each morning my shower feels like a game of Russian Roulette ... will this be the day that I get the drenching in ice cold water as the gas runs out and the boiler switches off?

I've been lucky up to now ... but how long this luck will last I have no idea.