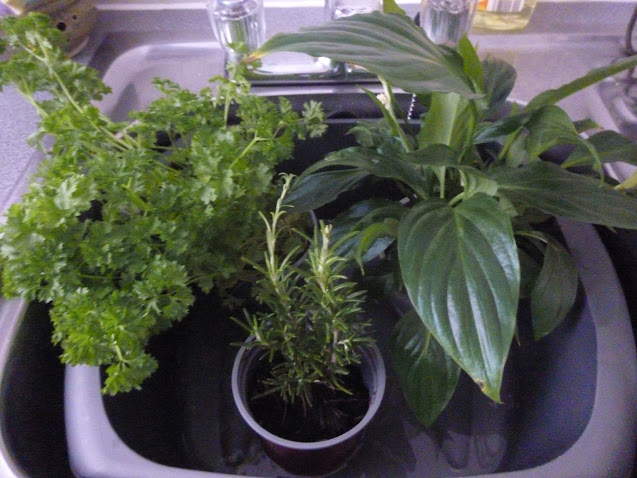 Wow, what a weekend.

Alan had to come through to the flat for a business meeting, some things we just cannot do over the phone or via the computers.  Although the weather was dire, first icy cold, then damp and just dreary, we were tucked up inside working away.

Then his secure computer went down which will mean that I will possibly have to go to Wales for at least a couple of days so that he can go down South to have it seen to back at base.  Oh the messing about, made all the more awkward by trying to stay within rules and not actually wanting to go anywhere.  Usually whizzing around the country is quite fun and makes a change ... now it just seems fraught with danger!!

This was highlighted all the more this weekend with the news that my younger son Jason and his girlfriend have both tested positive for Covid-19 and are now tucked up at home in Blackpool in poorly isolation.  As both are keyworkers their chances of this were so much higher and it's been worrying for a long time, especially with Tash working at Boots the Chemist facing the unwell public on the pharmacy counter every day.

All I can do is check up on him as often as possible via text and Messenger, anything else and he will just get annoyed ... he hates fuss, just like me!!  But I have offered to go and drop shopping off on his doorstep if he needs it 😀 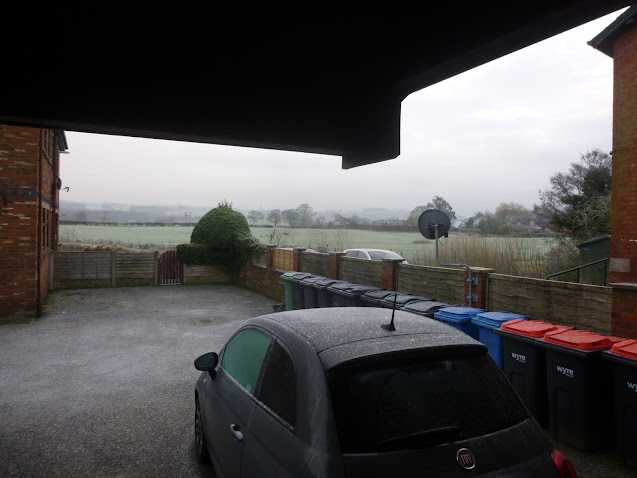 It wasn't all work, we had icy dog walks in the fresh air and some cosy television watching sharing the last bottle of wine left over from Christmas. 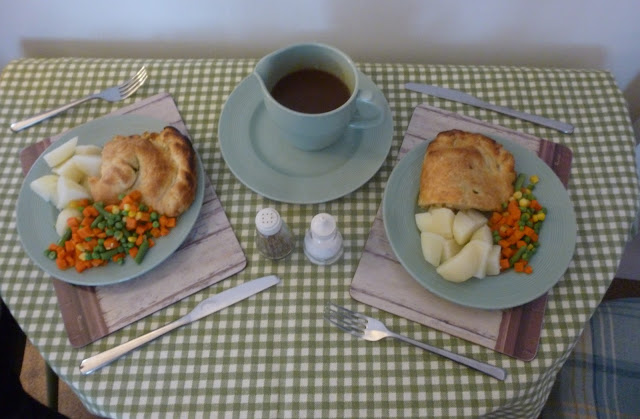 And after a late on the rations Sunday lunch Alan had a snooze and then set off back for home in Wales with Mavis.

Now it's another week, the ice has gone and the rain is once again pouring down, Suky is snoring in her littlest dog bed and I am having a read around blogland before doing a spot of rations menu planning for this week.

Oh, and we have just had an offer on the house, a very cheeky offer and we have said NO!!

Email ThisBlogThis!Share to TwitterShare to FacebookShare to Pinterest
Labels: Challenges, Family, Food, Living by the River, Snippets of Home