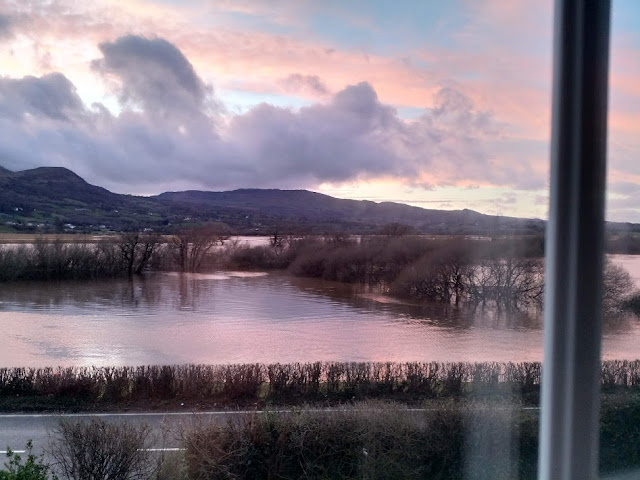 This blog is not really about my life inWales ... but I thought I'd make a little exception every now and then when there was news to share or questions to answer.  So I have added a new 'label' on the posts ... 'Tales from Wales' and I will use it for little news bulletins 'from home'.

A lot of folks have been in touch to ask if we are okay after seeing Llanrwst on the national news last night and on the weather reports.

Yes we are okay ... thank you for asking and for caring 💗

The flood waters built up over the course of yesterday and we were both on 'sheep watch' for the farmer who has his sheep in the field opposite our house.  Alan had phoned him only the day before as a one-day-old lamb had gotten stuck in the hedge and when Alan went over in response to its pathetic little bleats to free it from the brambles, the mother sheep would not accept it back along with its twin.  So Thomas came took both mother and her twin lambs back to his farm for more bonding time.

Yesterday he phoned us for regular updates on the flood situation and by late afternoon it was decided that the water was suddenly rising much faster and it made sense to move the sheep before dark.  It was a wise decision, as suddenly with the high tide the water rushed through from both the river and from the next flooded field breaching all defences. 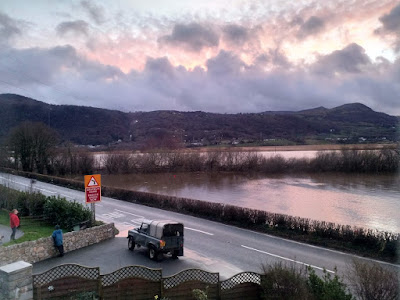 A quick discussion over the wall and then Thomas drove his Landrover back to the gate of his field and let the sheep out.  They walked along the road remarkably calmly, even the other mother sheep with her twin lambs, all sensing no doubt that they must be headed to safety.  It's nice to see sheep that trust their shepherd.

They got out in the nick of time as an hour later the water was right up to the roadside hedge and they would have been stranded in the dark.

There was no traffic on the road, except a broken down car being helped by another good Samaritan, as it had just been closed due to the flooding around the next bend to us.  Thomas had gotten through just in time. 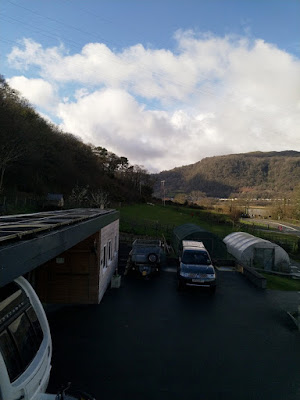 This morning it is as though nature is taunting us with her power, saying ' look what I did to you but look how nice I can be if I want to'.  The water in the fields is almost as high but starting to recede slowly, the sun is shining and the sheep are safe and happy in our paddock.

I don't know if you can make it out in this photo but Alan was walking the dogs around the paddock as usual, to both check the sheep and start them all getting used to each other. 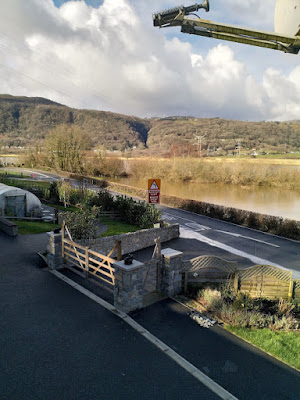 The sun is shining and the drains are slowly beginning to take the water off the road.

Once again we are extremely grateful that we live on the high side of the road and although our house let water in all day yesterday at least our feet and our possessions stayed dry. 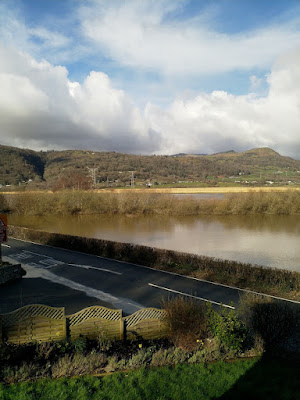 Sunshine and a flooded field. 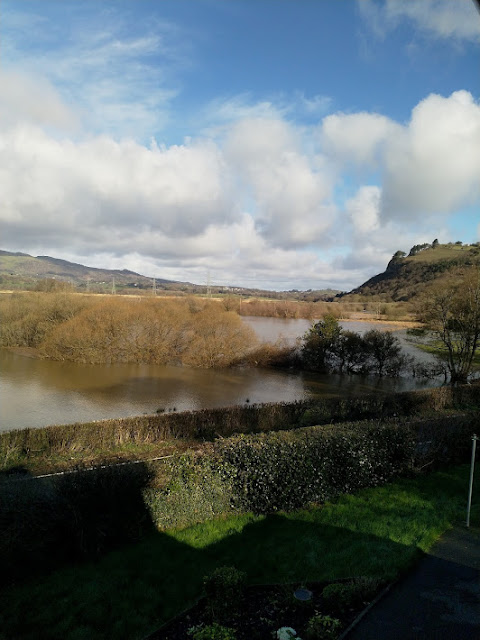 The campsite in the distance to the right of this shot, our neighbours Steve and Naomi are now in the process of their third clear up in ten years.  I don't know how they do it but they bounce back time after time.  They were busy rescuing their chickens at the same time as Alan and Thomas were rescuing sheep. 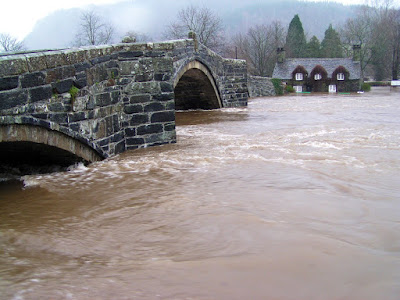 The River Conwy at full flow, filling up one of our favourite tearooms Tu Hwnt i'r Bont in Llanrwst yesterday afternoon.

It was not a good day here in Wales yesterday.

Email ThisBlogThis!Share to TwitterShare to FacebookShare to Pinterest
Labels: Tales from Wales