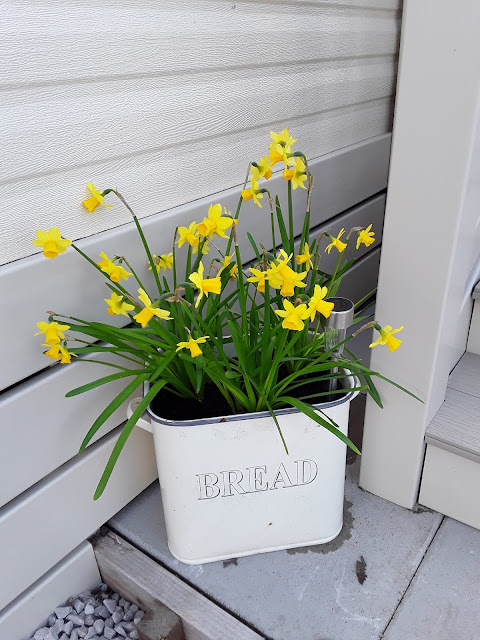 Sorry ... I've been missing all week.

There's been little action, just lots of wallowing in my own misery.  We both came down with a stinking cold virus last weekend that all the gloriously happy daffodils in the world could not hope to cheer up.

It's been good to be apart all week, each drowning in the misery of running noses, flaking skin, razor blade sliced throats, hacking coughs that make your ribs hurt and an awful nausea that has lingered and lingered.  I'm a crabby cow when I'm ill. 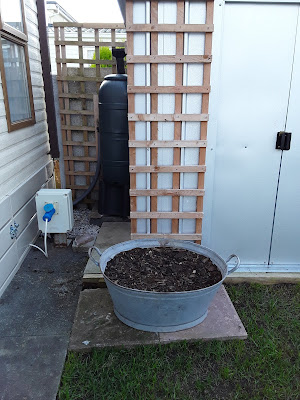 We went to the little local garden centre to pick up some compost, bark chips and grass seed before Alan left for home on Sunday.   I remember it well .... it was the last time I felt human 🙃 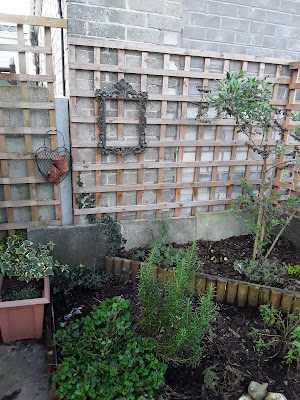 I've spent far too much time this week watching YouTube ... I know it's been far too much time as I've almost used up the extra data allowance that I purchased at the start of the week ... but there's been little energy for much else.  I bet I know far more about 'Dumpster Diving' by now than the average Brit. 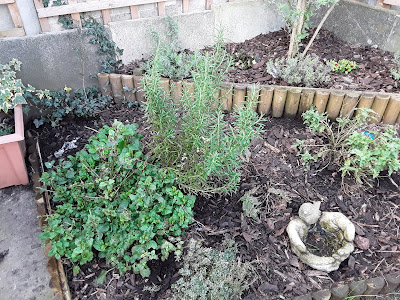 Suky has had a couple of walks each day, and yes the fresh riverbank air did help as long as I was well wrapped up against the cold winds.  But I've been avoiding as much contact with folk as possible, partly not wanting to share the 'lurgy' and partly because when your nose is flaking like it has a bad case of dandruff and it's redder than any Comic Relief red nose you don't want to stop and make small talk. 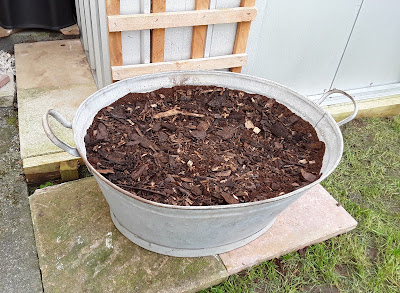 I took these photos this morning so I must be on the mend.  Blogging mojo coming back ... yay 😀

I have to brave and venture out now, I need a BIG pan.  Time to slather my nose in any available moisturising cream and go face the world.

Email ThisBlogThis!Share to TwitterShare to FacebookShare to Pinterest
Labels: Break