Keeping It Simple and Repairing the Past 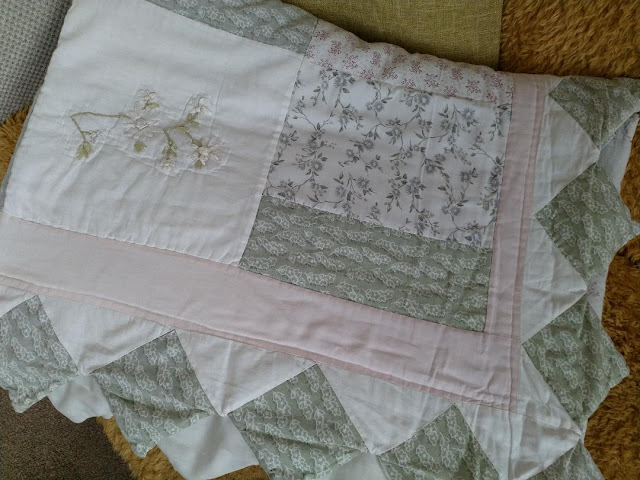 I spent a good couple of hours this morning repairing my lovely old patchwork quilt, so much so my fingers are sore from the unaccustomed hand sewing of teeny tiny stitches.  Alan had been using it on top of his bed for a long time and as he sleeps with all the animals there were many pulls, holes and much wear and tear.
I was quite dismayed when it came out of the washing machine, although it smelled so much fresher, seeing all the damage was to be honest quite heart-breaking.  But I do have to put it into perspective I bought it with money from Alan's Mum ... I can't remember to be honest whether it was anniversary money or birthday money ... but it was bought from a little antique shop in Wheatley after I had just finished a craft fair at the Merry Bells village hall, I think it was around the Summer of 2010.  It was a recently made quilt but made from vintage fabrics, so it's pretty precious to me and full of memories. 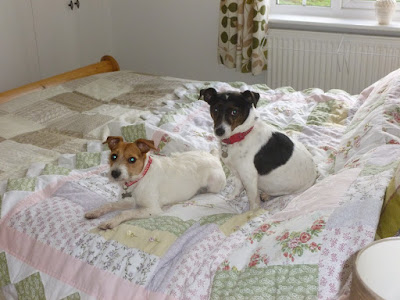 Our animals have always been allowed on it so I'm not blaming Alan, I'm more mad with myself for forgetting how old and fragile it is now.  Now it's repaired I am going to let Alan have the tougher modern patchwork quilt and I will probably save this for use in my new place ... where animals will not be allowed on top of it ... she says ... I remember saying that once before 😄 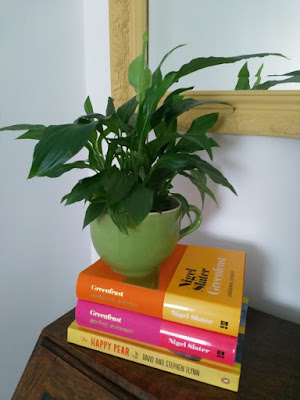 The eagle eyed among you might have noticed that I have changed my profile photo, it might show up on the 'Followers' section of your blogs and in other various places, so I just thought I would say it's still me.  It's gone from me with a cabbage to this one, just temporarily I think.  I doubt I'll be growing cabbages again ... they take up far too much room when you grow them as well as I seem to, so I thought a few books and a Peace Lily would make for a good temporary photo.
Exciting news over at the new place ... the handyman has started ripping up the concrete jungle that is currently the 'back garden' and I have finalised my choices for my new kitchen.  So has Alan, and as this is the first time we have both chosen a kitchen just for ourselves it's amazing how completely different our design ideas were.   I couldn't live in a house with his and vice a versa. 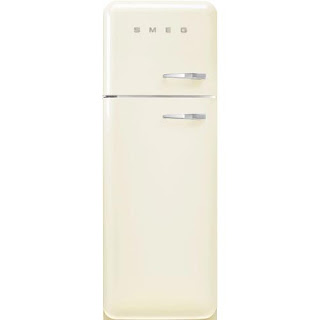 The one thing we do have in common is that we have both fallen in love with SMEG fridge freezers.  Me with the one pictured in a lovely cream colour and Alan with the larger fridge-on-top, freezer below version in a startling, but glorious shade of orange.  SO a question for any of you out there who have a SMEG or have had one in the past ... Are they worth the cost and are you, or were you happy with your choice?
Sue xx
at 2:35 pm

The £3 a Day Challenge