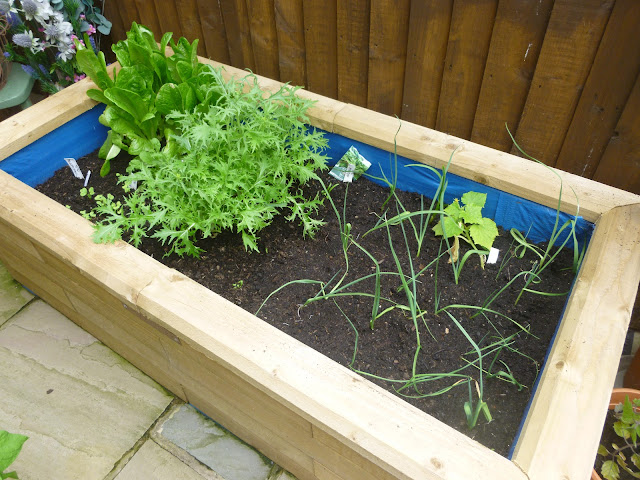 Someone asked me about the brass label on my little Veggie Bed, gosh you have got good eyesight!!
Nope, it's not the manufacturers label it's a little plaque I had made by Rich at 'By Bike and Boat'.  I've followed him and his full-time narrow boating family for quite a while now and we have a few of his handmade, recycled things.  They also have a YouTube channel. 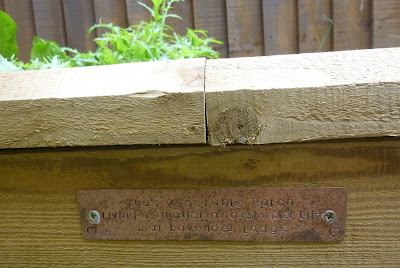 I went out to take a closer photo of it to put on here, and found it all tarnished.  I'm not surprised after all the bad weather we've had over the past couple of months. 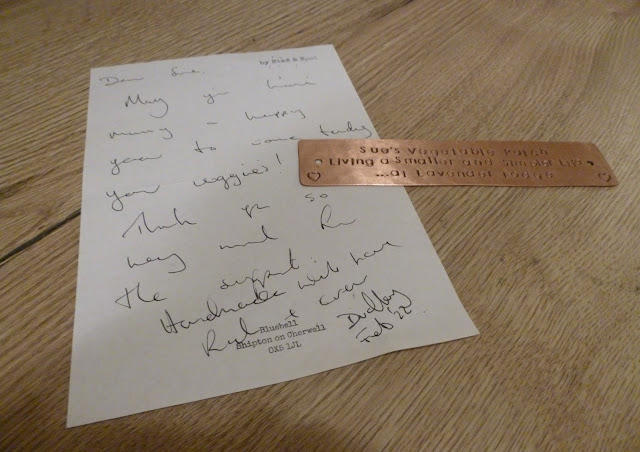 It looked nothing like the wonderfully shiny label that arrived back in February with a hand-written note and wrapped in a page of the Canal Boat News.

Here are the words for you to see clearly.
So I went straight back in and raided my sachet stash for a sachet of brown sauce to give it a good clean up.  And five minutes later ... 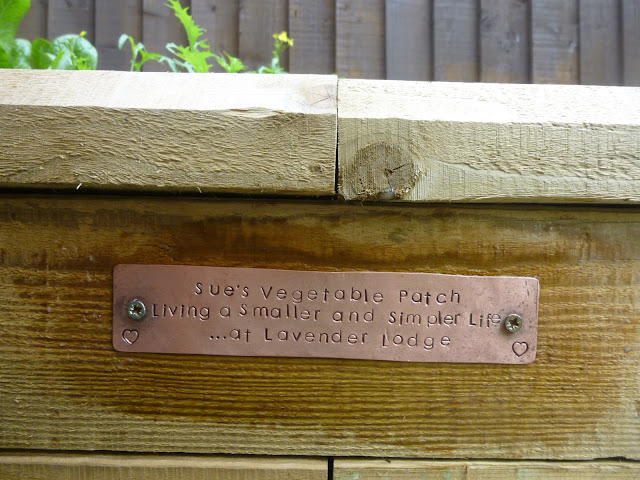 ... it was looking much better.
I was supposed to be looking for some brass screws to replace these temporary silver coloured ones ... something else I had forgotten to do. 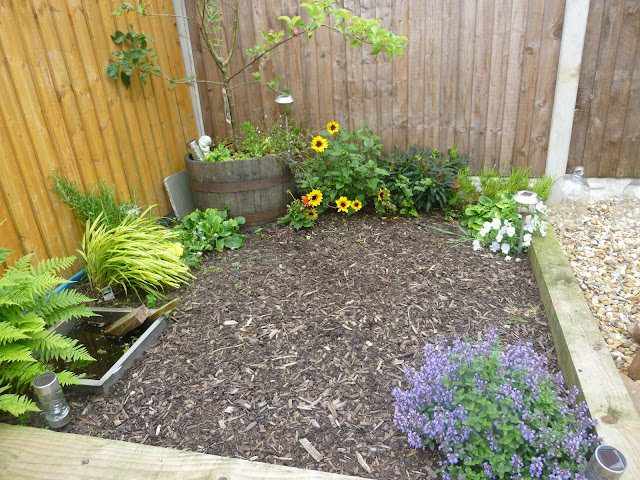 I did a bit of weeding and had a tidy up of the garden while I was out there, just for posterity as we are having a bit of a rejig of the stony area today as the new Woodblocx raised bed parts have arrived now.  I can hear movement outside so Alan is obviously unpacking the pallet. 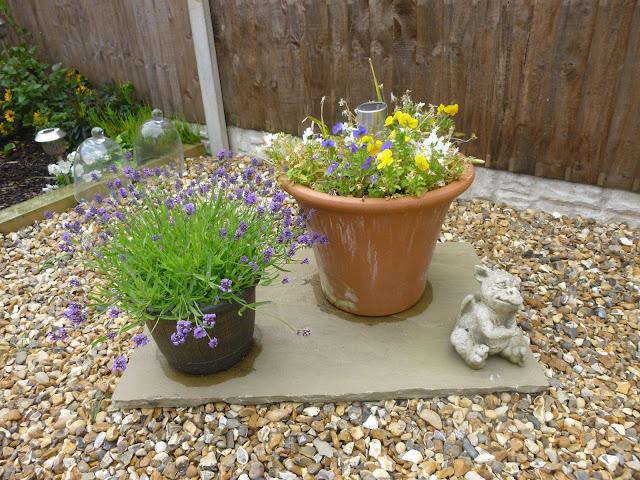 These will be staying, but will be moving over a little bit to make way for the new bed along the fence line. 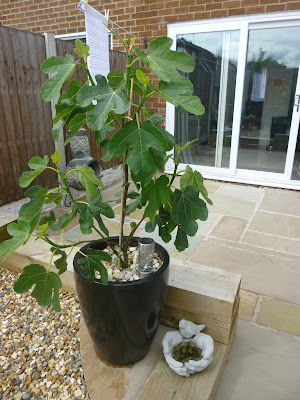 And beautiful Mr Fig will be staying exactly where he is.
He loves it there, but seems to be spending this year putting on lots of new leaf growth instead of any fruits ... much to Alan's dismay!
I'll take some more photos once the new bed is in place, but I'm sure you can imagine it ... it's just a slightly longer version of the veggie bed I already have.
Hopefully we'll get a bit of sunshine this weekend as it's been a much cooler week here this past week, there's been none of the sunshine that I've been reading about on blogs or seeing on the weather forecast on television.  😕
Have a great weekend everyone.
Sue xx
at 6:00 am

Email ThisBlogThis!Share to TwitterShare to FacebookShare to Pinterest
Labels: The Garden, Tips