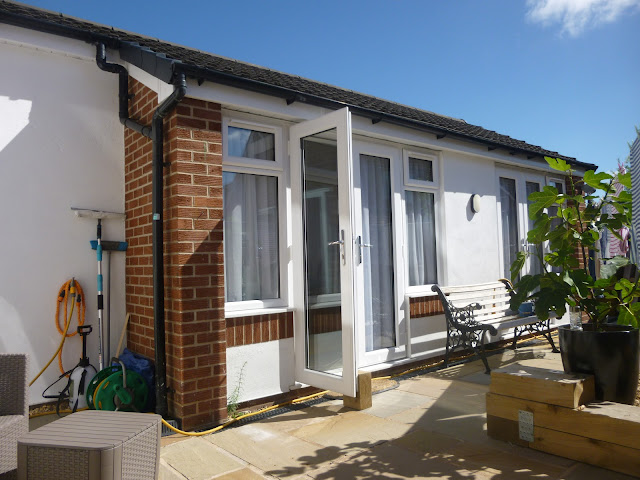 The skies have been blue for days, the heat is too much for me and the dogs but Alan is loving it.  But I am making the most of it and I usually manage to get all the washing out first thing and in these temperatures it's dry, folded and put away just a couple of hours later.  Which leaves the line clear for Alan to use or for it to be wound back in leaving the garden clear.  It's surprising the difference the lack of a line draped permanently across a garden makes. 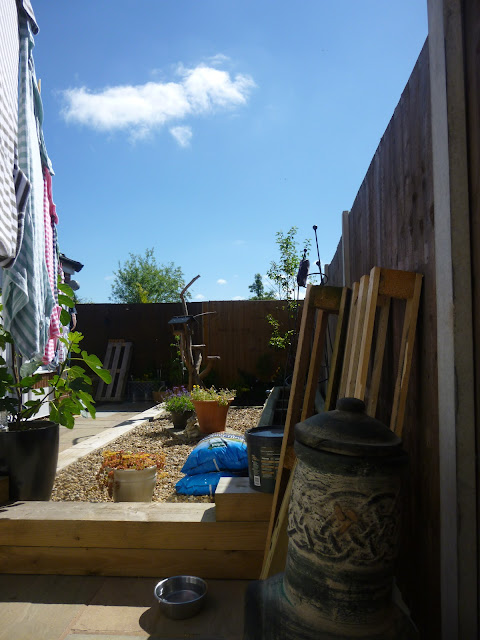 I'm sat in the only shady bit available to me half way through the morning and in the distance you can see the start of what Alan was making for Ginger once we had finished building the new raised bed. 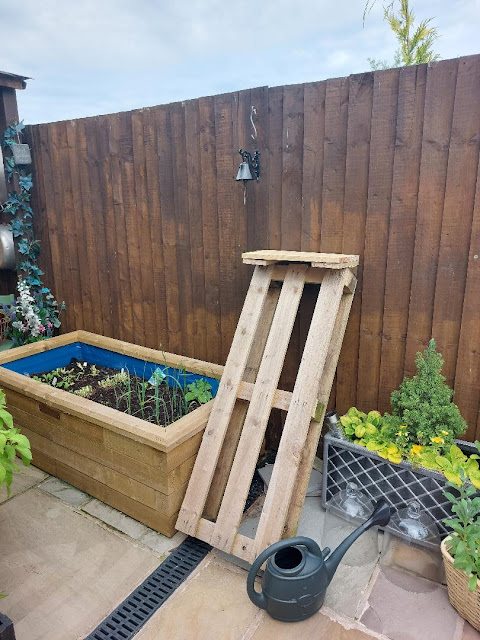 The cat ladder is not the prettiest construction ever but Ginger seems to like having his own safe landing spot and ladder down from the top of the fence.  Far better than the six foot drop and thud of old paws onto paving that his leaping off the top of the fence produced.  This way he can get onto his little shelf and run down the pallet that the raised bed parts arrived on.  The rest of the wood is going to be cut up for burning in the chimenea ... when the weather cools down a bit.  😎

Email ThisBlogThis!Share to TwitterShare to FacebookShare to Pinterest
Labels: Animals, Books, Snippets of Home, The Garden