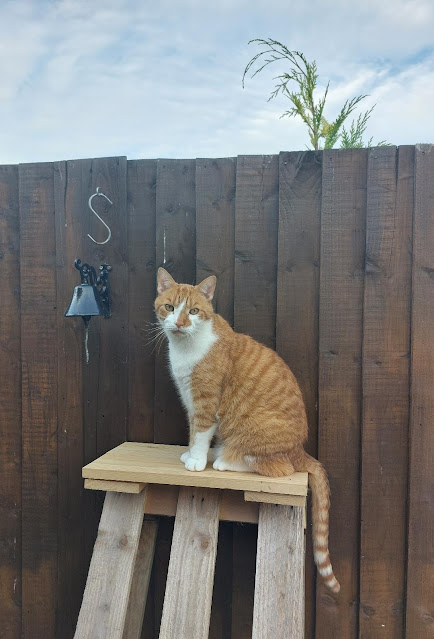 Ginger is making good use of his new shelf ladder combo.
No longer do we hear the thud of paws as he re-enters the garden from the back, instead he creeps up on us or just sits there and surveys all that he can see.  He's having a twice daily face-off with a pair of very fat pigeons just recently.  He sits on his little ledge or under the bench outside my door and stares at them as they parade very noisily up and down the fence opposite ... it honestly sounds as though they are wearing tiny hobnail boots.  Each glares at the other, but there's no attempt to chase them on Ginger's part and no attempt to fly off or do anything other than stare at him on theirs, it's very strange. 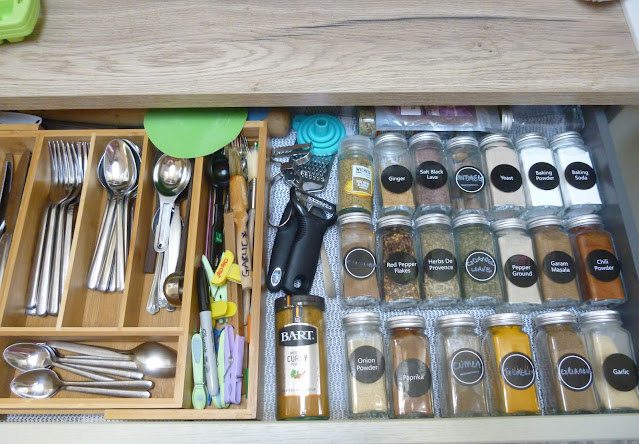 It's too hot for much decluttering at the moment, but I did manage to do this drawer while I was waiting for the kettle to boil and the sink to fill yesterday. 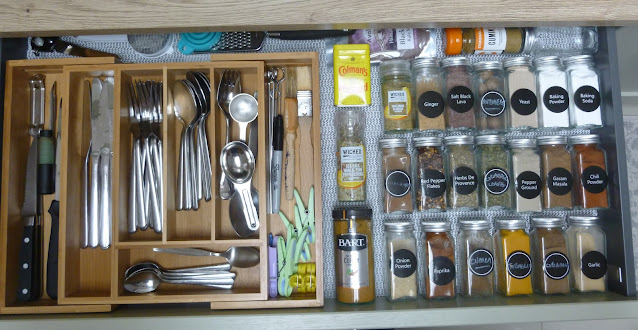 As spot the difference's go there's not that much to see!!
A bit tidier, a bit cleaner and that's about it. 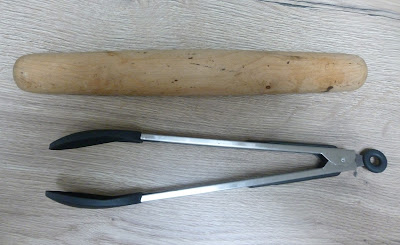 Only two items went in the box of things that I'm getting rid of.  The rolling pin although beautiful and tactile just doesn't roll 'right' and if you roll a lot of pastry you'll know what I mean.  Perhaps it's a specialist one for something that I don't actually do ... does anyone know?
I picked it up a long time ago at an antiques fair along with a very old basket and some other kitchenalia.  The tongs ... well I just don't use them, they've been at the very back of the drawer for over a year and have not been fished out once.
I will be giving Alan first refusal of anything that I am getting rid of, it's going to be a very random box of stuff by the time I've  finished!! 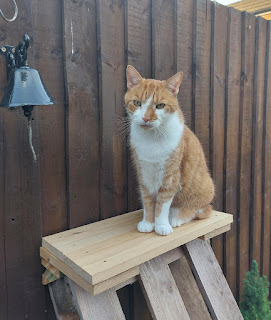 A final word from Ginger ... "Where are my pigeon friends, they are due just about now?"