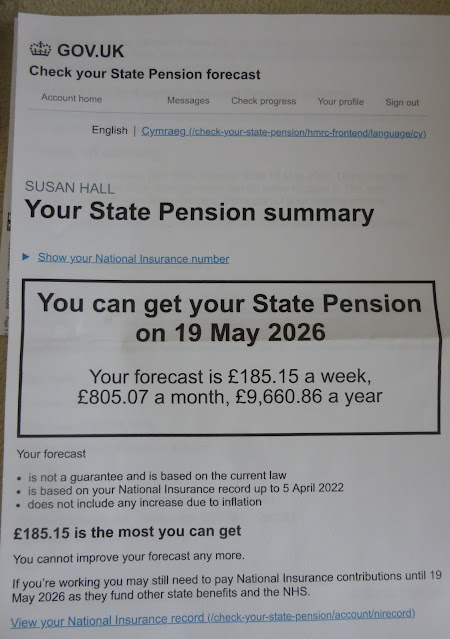 I was on the Government website the other day, gritting my teeth and paying my half-yearly Self Assessment tax bill, while I was there I decided to nip over to the Pension page to double check on the date of my retirement.  Somebody had said that things had changed yet again for those of us of a certain age, but no ... I'm still due to retire a month after my 66th birthday.

And GOSH isn't that creeping up fast!!

Alan is just over a year older than me and will be retiring first if he decides that he actually will retire this time so that made us sit and have a really good conversation, working out exactly what we have coming in and what our retirement might look like.  It's not too bad really as we will both be getting an individual full state pension and of course Alan has a Navy pension, but as two self-employed people we have had to set up other provisions to keep us afloat for the future and that is something that we will always have to keep an eye on. 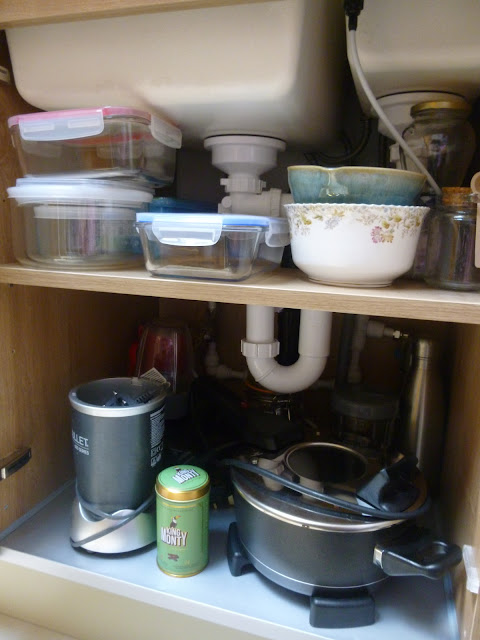 To take my mind off the future and bring myself back down to earth I tackled another kitchen cupboard.
There's not a lot in this one as the pipes and drains of the sink are obviously all down there, but I had gotten the kitchen fitter to put me a shelf that was cut around for the pipes in there to give me as much storage space as possible.  He did a really good job. 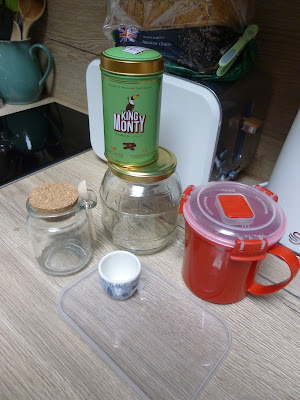 I found a few things that were no longer needed and they have gone now. 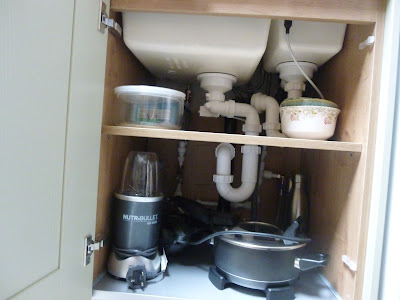 I decided to take an after photo ... 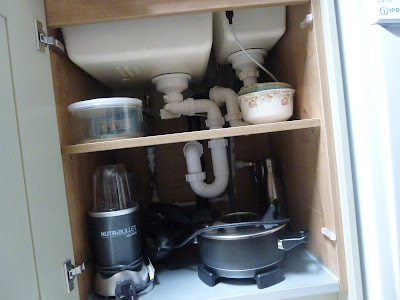 ... and no matter what I did I just could not get it straight.

Just one of the downsides to a kitchen that is just six foot wide with cupboards on one side and a breakfast bar on the other.  😄😆

The after photo is slightly deceptive as the two glass storage containers from the top shelf are currently in the fridge full of leftovers!

Email ThisBlogThis!Share to TwitterShare to FacebookShare to Pinterest
Labels: Decluttering, Me, Snippets of Home