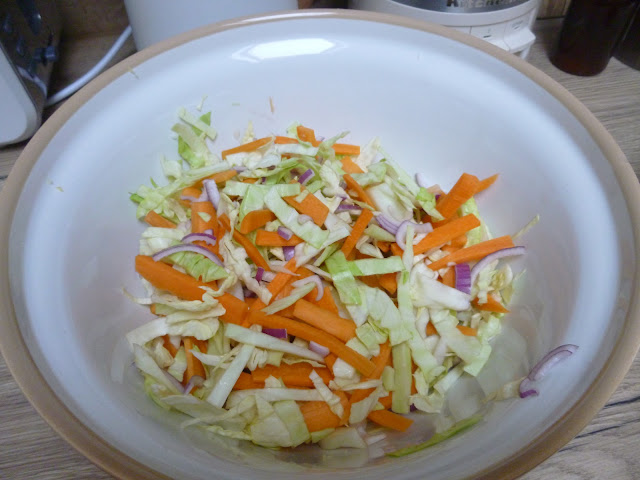 Most weeks I do a batch cook of something that goes into the fridge to give me a head start on meals for the rest of the week, and usually to act as inspiration for what to have for my tea each night.  It makes life so simple if you have even one thing ready and waiting to be used. 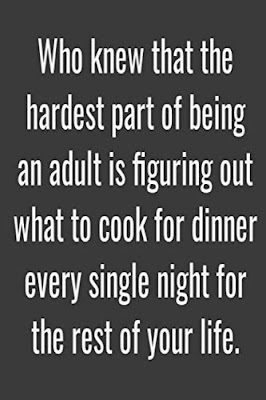 Some weeks it can be a full packet of pasta, cooked, cooled and then stored in my largest container.  To be eaten hot for the first meal, perhaps cold the next day or two as a salad or as an addition to a Buddha bowl and then maybe used as the filling for a pasta pie ... is there anything nicer than carbs on carbs. 😄
This week it was forecast to be hot so my choice was to make a large bowl of coleslaw base.
I kept it very simple, just half a white cabbage shredded, four carrots that needed using up, simply sliced and cut quite chunky, and then one red onion, first quartered and then very finely sliced as it was very strongly flavoured.  Leaving the dressing off means that I can vary it to go with whatever I decide to have it with ... or just nibble at it plain when I'm stood at the fridge with that 'what can I have for lunch look on my face'. 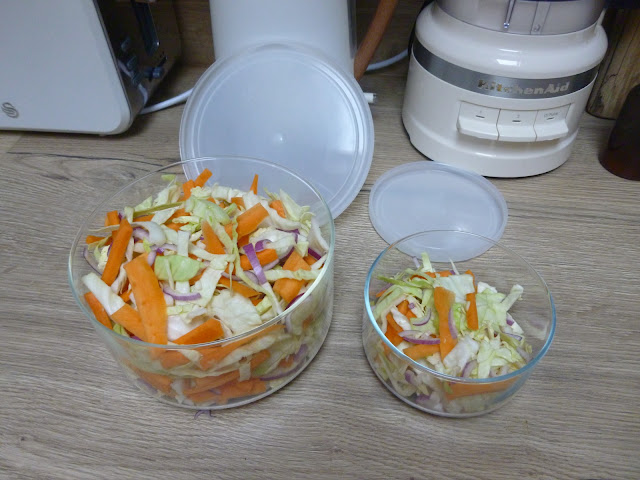 There was so much I filled my large lidded bowl and then put the extra into the smaller one to be used for my lunch later on with a few nuts and seeds added, and a large dollop of Garlic Mayo. 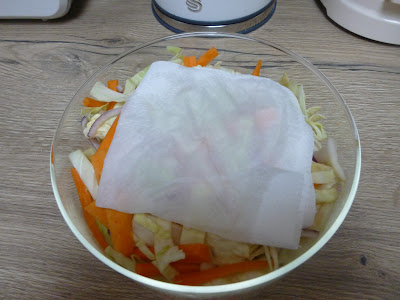 To keep salad fresh all week I add a folded square of dampened kitchen paper.  Each day I turn the container over and give it a shake ... so one day the paper is on the top and the next it is on the bottom ... the contents usually stay perfectly fresh for a full week this way.
If any doesn't get eaten it will be the base for a bowl of soup for the weekend, now that the temperature is more tolerable.  I have some Rosemary Focaccia buns in the freezer that I bought on yellow sticker offer so they would be the perfect accompaniment to a bowl of soup.
I'm not shopping much this week as I have lots of food in and I would rather have a week of eating my way through the fridge and freezer.  I am going shopping with Alan later, but that's mostly because he said he's going to Booth's for a coffee first ... and it would be rude to expect him to do it alone.  😁
Sue xx
at 12:29 pm