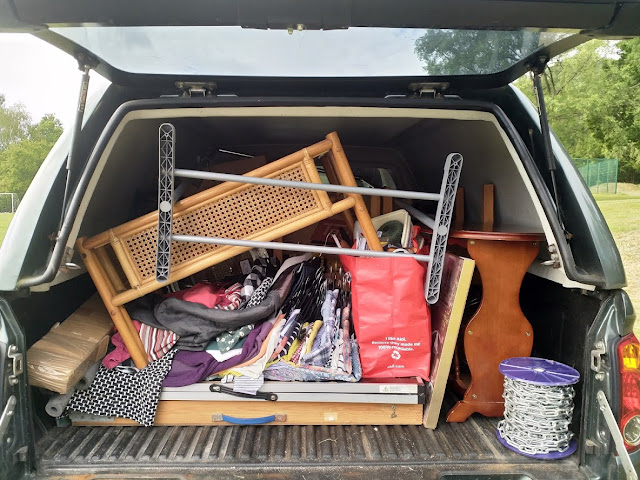 This was the interior of our truck as we arrived at the Mary Hughes Memorial Playing Field Car Boot Sale ... known to most of us here in the valley as The Taly y Bont car boot sale. 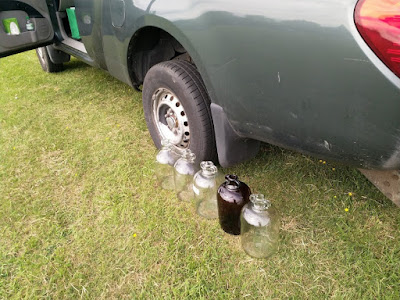 Then I spotted that Alan had already unloaded five demi-johns ... gosh he was quick off the mark  ;-)

It was a brilliant morning for us, luckily the rain held off apart from a few threatening big blobs and then a bit later on there was the smallest of showers, which with the heat of the day was soon dissipated and no stock was spoilt.

And we sold, sold and sold some more.

Our new favourite blog readers/car boot stalkers Gill and Mike, came over to say hello and make some more purchases, and everyone on the field was in a buying mood ... which as a seller is always very refreshing.

Of course it helps that our stuff is clean, well presented and priced to sell.  If we take something to a car boot sale it's because we actually do want to get rid of it to someone who hopefully, will appreciate it, need it and will make good use of it.  There are always some stalls that you see at every boot sale through the Summer with the same stock, over priced and gradually getting dustier and dustier throughout the season and they seem happy to keep transporting it around.  Maybe it's just a day out for them and a chance to make money, each to their own and all that ... but we pay our pitch money and want to sell what we have brought.

So we have a haggle with folk, let people have bargains, explain how to use things ... and at today's car boot sale I seemed to be giving out a lot of vegan advice.  Having some vegan books and magazines for sale helped people strike up conversations and today quite a few of those were about eggs!!  Oh well I hoped I helped in my own small way. 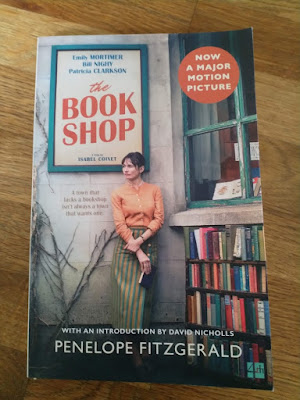 My one purchase of the day, a book for 50p.  I've seen the film and loved it.

When we're there to sell we do sometimes have a little wander round, I like to do my wander at the start of the day so I can see who is behind each stall and the sort of things they are selling.  Mostly because you find other stall holders will come over and make offers for things and then literally ten minutes later they have your items for sale on their table for twice the price (or more).  Now I really  don't mind people doing this but if I'm asking £5 for something and they offer me £2, and then I see it for their stall at £8 I do get a bit annoyed.  If they want to buy to resell then fair enough ... but pay me what I'm asking you are still going to make a profit, if you can get the £8 you are asking that is!!

A case in point today was a lady who wanted some as new Hotter shoes that I was selling for £12 a pair, she offered me a real knock down price ... but I said no.  I'm so glad I did as a few minutes later I walked past her stall on the way to the toilets and spotted that she had boxes and boxes of shoes all being sold at £20 a pair. 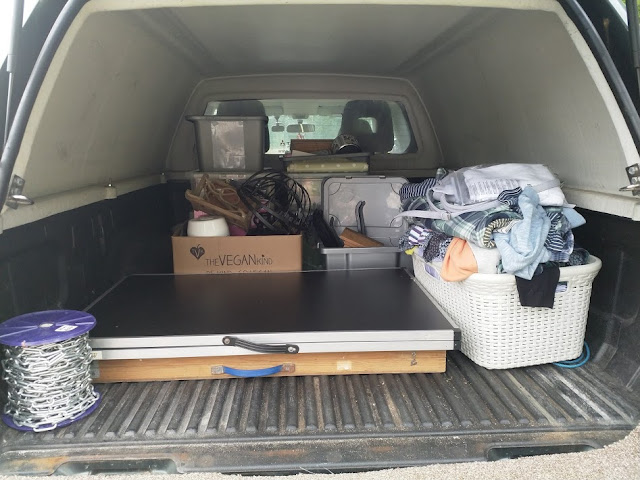 The back of the truck at the end of the sale.

I will sort through the clothes that are left and keep the very best for next time, add the ones that I intend to sort out this week while I'm here in Wales to the rail ready for the next car boot sale and give the unwanted ones to the charity shop for either selling or rag weight. 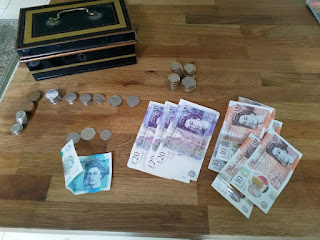 And what was our grand total ... well we beat last weeks money easily and came home with £182.80.

Not to be sneezed at.

Now I have a couple of empty large boxes and space on the hanging rail.  So I think it's time for a few days of sorting and pricing in our bid to move from the cluttered and hectic life we seem to have to our newer smaller and simpler one.