First Sort Out of the Awkward Cupboard 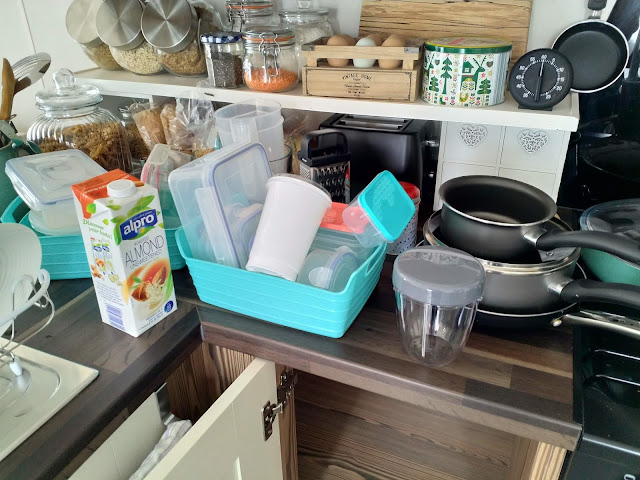 A couple of weeks ago I mentioned that I was going to organise the largest of the kitchen cupboards  ... I did get stuck in eventually, but I had put it off and put it off because it's such an awkward cupboard to get things into and out of.

All this stuff was on the top shelf. 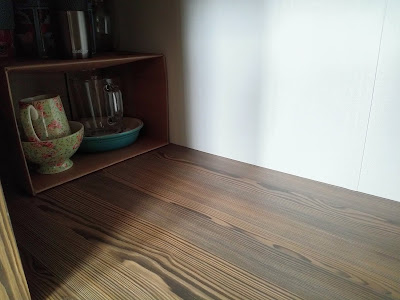 It had fitted in because I had made a temporary shelf out of a cardboard box, which gave me a couple of extra surfaces for things that weren't being used right at the back of the cupboard, it was nice to finally just get stuck in, get everything out and give the cupboard a good clean. 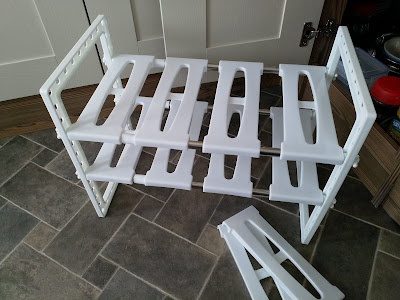 I had bought some expandable 'under sink shelves' off Amazon.  They are called that because you can add the plastic slats along the metal rail wherever you need to, so can build your shelves around any pipework etc under a sink. 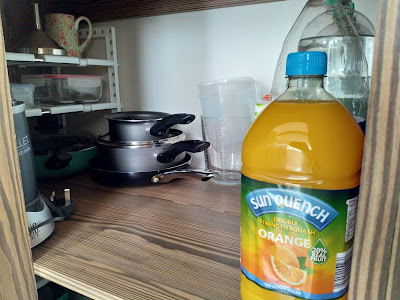 Anyway I managed to get them to fit neatly at the back of the cupboard on both the top and bottom shelves, and I put back most of the stuff that had been in the cupboard, having had a bit of a sort out.

This is the top shelf. 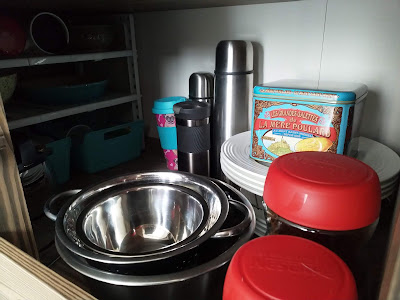 And this is the bottom shelf.

I quickly shut the door on my tidying and left it at that, but it wasn't sitting right ... I still had a niggle in my head.  The phrase I used above 'things that weren't being used', the amount of plastic boxes and the ongoing awkwardness of reaching things at the back of the cupboard.   I mean who wants to get on their hands and knees on the floor while cooking a meal to get to things at the back of a cupboard  ... not me for sure.

So this morning I'm re-doing it, it's very necessary for my peace of mind  😕🙃🤔

Email ThisBlogThis!Share to TwitterShare to FacebookShare to Pinterest
Labels: The Van