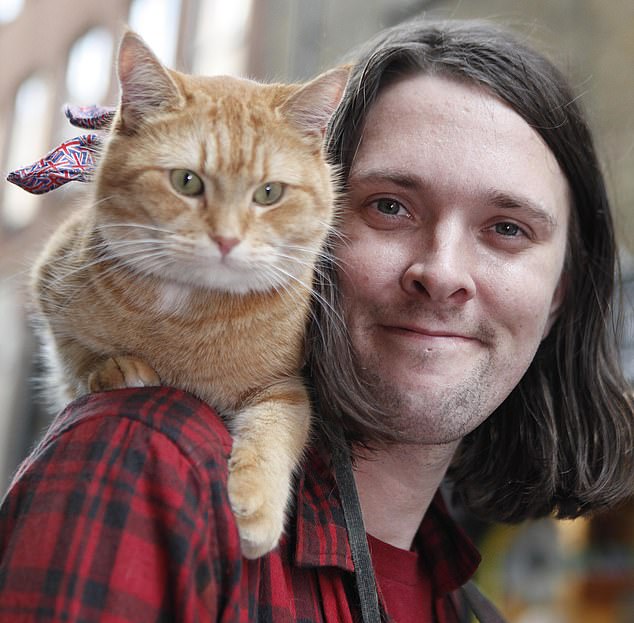 And then to hear the news in a press release today from James Bowen, Bob's constant companion over the last decade or so, that his death had resulted from being hit by a car, was devastating.  I know exactly what that is like. 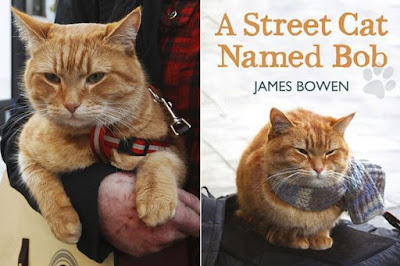 Their story together was a wonderful one, in a twist of fate they saved each others lives and had so many happy times and adventures together.  With James going on to write both adult and children's books about his and Bob's exploits and then a film being made about them and starring Bob himself (with another film due out later this year) they have managed to rise from the streets in a fairy-book style way.  But at the same time never losing sight of who they were and where they came from.

The new film when it comes out is going to be a very poignant one, with Bob himself once again acting the role of himself in some scenes. 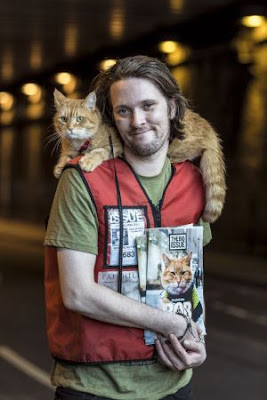 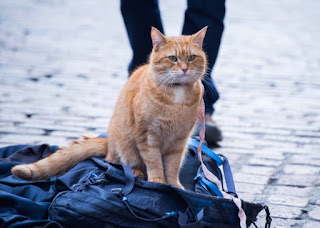