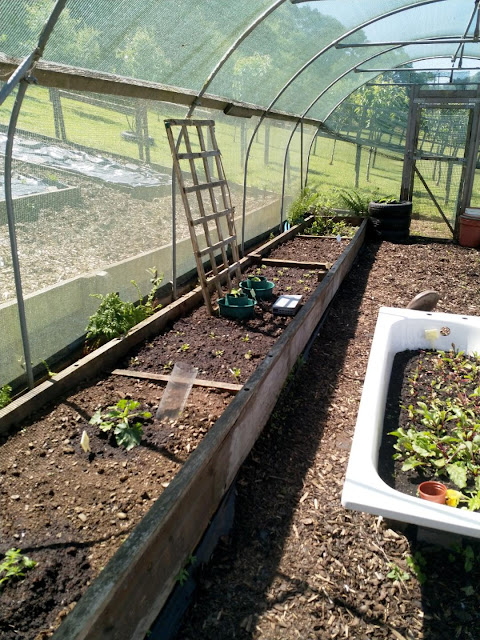 I've been asked about the humane mouse traps that I use in the tunnels to catch those pesky little critters that have been eating all my baby crops.  They seem to like the little spinach plants in both of the tunnels the best, although they did eat it with ALL of my Spring Onions seedlings the other night, they must have fancied a bit more flavour  🙁 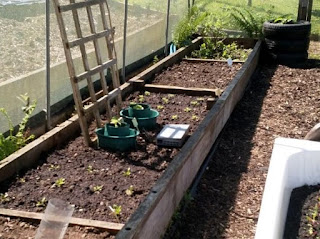 There's no way I would have one of those old fashioned snap shut (a la Tom and Jerry) style mouse traps, I can think of nothing worse than having to dispose of a little body mangled by one of those every morning ... or even worse still finding a poor little creature trapped by a limb in one and having to despatch it myself.

So for me it's the humane version every time. 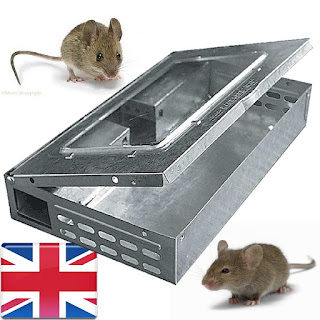 This is what the traps look like inside, although mine don't have the clear lids, which I prefer and must be slightly less scary for the mice when you are moving them around ready for release.

The mouse goes in through the little square hole and through the tunnel, tempted by whatever bait you have put inside the box.  I have been using some of Alan's crackers which have a nice savoury scent to them ... they would make me crawl through a hole to get to them 😄

Once in they cannot get out, as when they step off the little lightly spring-loaded ramp in the tunnel it goes back up making the entrance no good as an exit ... although other mice can still come in.  Hence these are really good at catching more than one mouse each night.

Our record last year was four!!

Once they are inside they have to wait for the traps to be checked, which I go over and do each morning, carrying the whole trap to the far end of the paddock or up into the woodland behind the fire pit area if I find any little occupants.  Sometimes the mice will find their way back and if this happens you should actually try releasing them two miles from the site of their capture.  Last year we had so many mice that we started spraying their little bottoms with orange sheep marking spray paint to see if we were releasing the same ones over and over, and on a couple of occasions we were.

So a nice humane mouse trap, which is great unless you are the mouse that gets trapped in there with pyscho killer mouse ... and gets your head chewed off by your cell-mate!!

Yuk!!  This morning was NOT a pretty mouse releasing job ... I'll spare you the photo of that.

If you need any of these traps for yourself you can get them from here :