Sorting Through the Vegetable Drawer 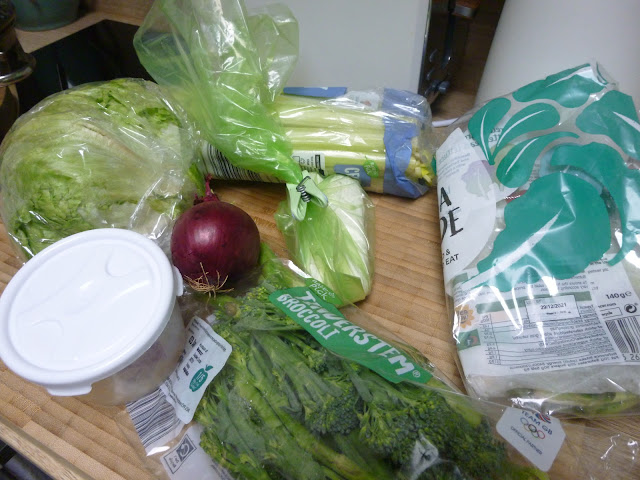 But not wanting anything that I already have to go to waste, yesterday I hoicked out the vegetable drawer and went through it all carefully.  Everything in it was bought either before Christmas or just after and some of the dates were waaaaay in the past!! 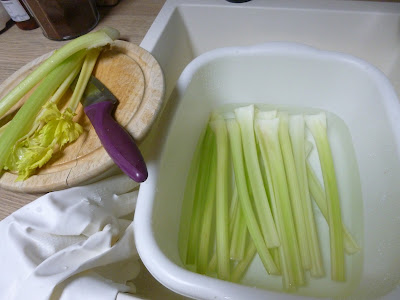 The first thing I usually do when I buy celery is to wash it and repack it wrapped in kitchen roll inside a green Stayfresh bag.  This really does mean that it stays fresh for a long time.  However I hadn't done it this time, so that was my first job.
I know in the past when I have mentioned doing this that some readers have said that they wrap theirs tightly in tinfoil, but I've always found that this doesn't work as well for me.  Anyway prepping the celery all in one go means that I can use all the trimmings for soup and what I have left is ready for use ... or a quick grab and go snack. 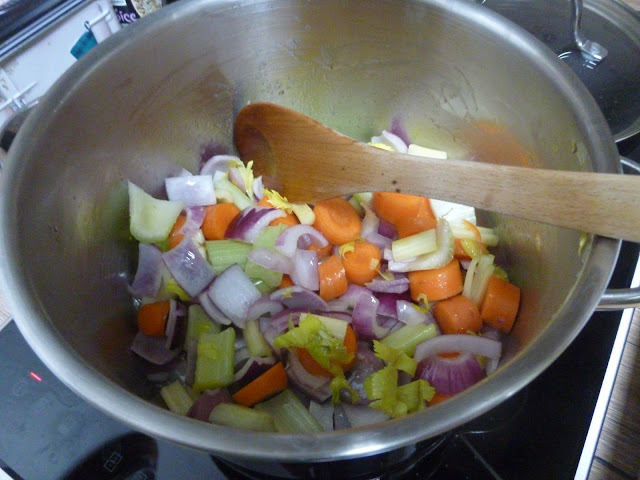 I chopped up one and a half red onions my remaining two carrots and added the celery trimmings and leaves along with the stalks of the Tenderstem broccoli  then sautéed these in some oil while I checked through everything else. 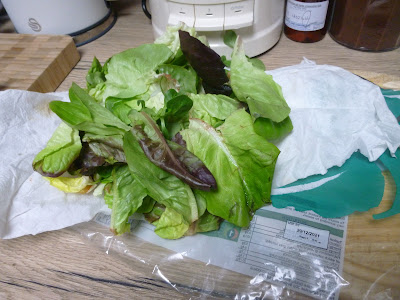 The bagged leaves were looking very sorry for themselves, but still edible thanks to the kitchen roll trick. 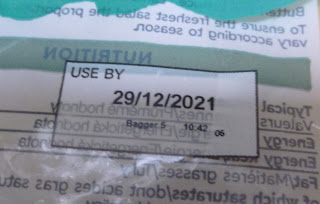 Not bad when I bought them and opened them a day before this date. 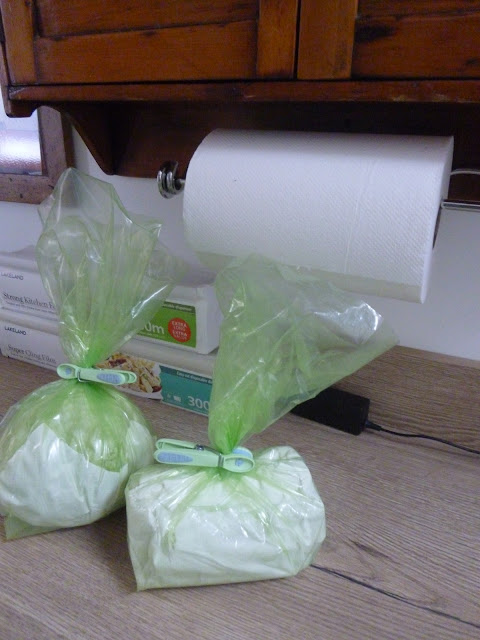 I also opened and used the outer leaves of an Iceberg lettuce that I bought just before the New Year.  The cut end was placed on a double piece of kitchen paper and then into a bag, then it and the cut in half celery sticks were put back into the now wiped out and dried vegetable drawer. 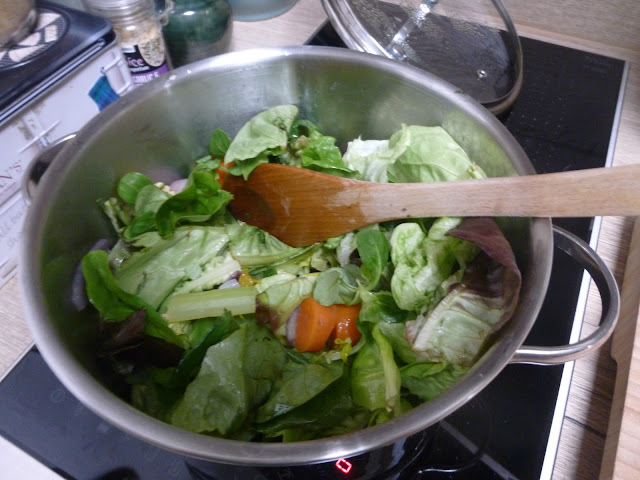 Once the harder vegetables had been cooking for a few minutes I added the leaves, a vegetable stock pot that I found lurking in the cupboard ... I must check if there are anymore in there ... and about half a litre of hot water. 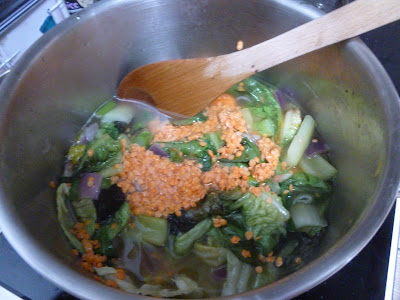 Then almost as an afterthought I added a good handful of washed red lentils, I might as well keep the protein police happy. 😉 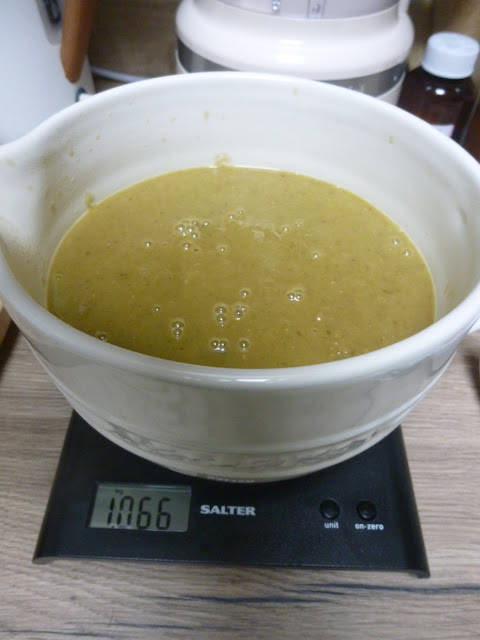 It cooked away for a bit longer than I meant it too, as I started hopping around blogland reading lots of lovely posts, but then it was whizzed up and I decided to weigh it to see how many portions I would get. 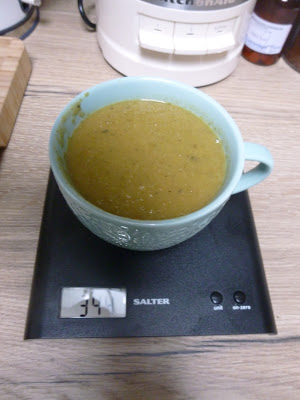 So I reckon three good portions of lovely warming vegetable soup, so that's two more lunches for me and I now also know exactly what I have left in the vegetable drawer and it should keep me going until at least the middle of next week. 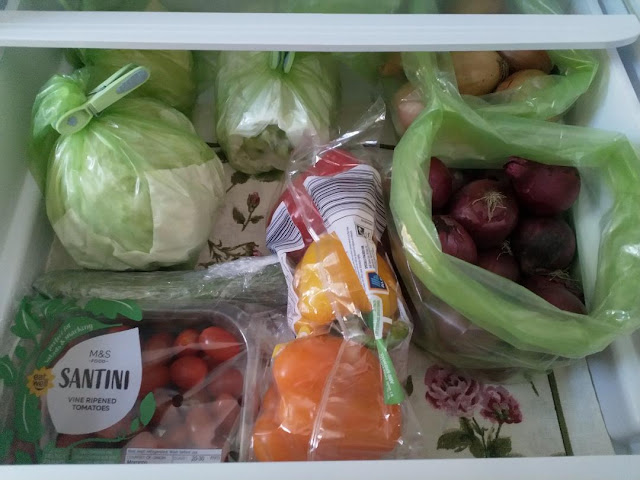 So I have left in the drawer -
1/4 white Cabbage
most of a head of Celery
most of an Iceberg Lettuce
Red Onions
Brown onions
1/2 Cucumber
full pack of Cherry Tomatoes
3 Peppers
and
the heads of the Tenderstem Broccoli
(which are actually in a tub on the shelf of the fridge)
Not a bad little stash of fresh stuff, which after a thorough check is still pretty fresh and very usable.  I have just been adding this photo to my photo files and now I should be able to monitor everything nicely ready for showing quite a difference in the food stash on the 1st February.
I should do the same for the fruit drawer next ... but I think it's coffee time first. 😀
Sue xx
at 5:30 am