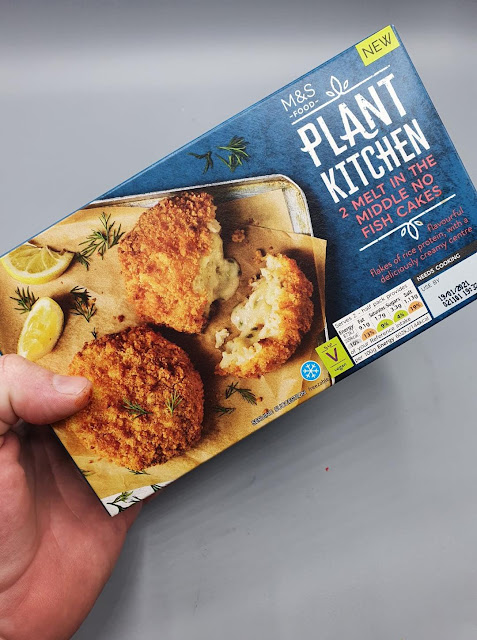 I invited Alan over for some lunch again the other day and decided to use up the Marks and Spencer No Fish Cakes that were in the freezer,  served with a cross-over Waldorf/Coleslaw salad.  Yes it's similar to what we had last week but I wanted to use up some more of the cabbage, one of the last three carrots and half a red onion.  So with the addition of a finely sliced apple, a large dollop of mayo, a squeeze of lemon juice and some walnuts pieces the concoction was born, and sat in the fridge nicely while everything else thawed out enough for cooking. 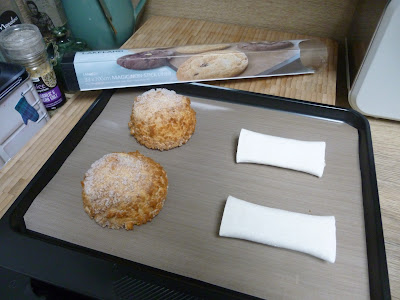 When I got this large tray out to use for the no-fishcakes and a couple of sausage rolls for my tea, I remembered that when we moved I had put in a Lakeland order and got myself a nice long roll of Non-Stick Baking Tray Liner so I cut a piece to fit it, and then I had a brainwave ... if I cut what was left into pieces to fit as many of my trays as possible I could throw away the tube it came in.  One less thing in the kitchen cupboards, only a small thing but one less thing nevertheless. 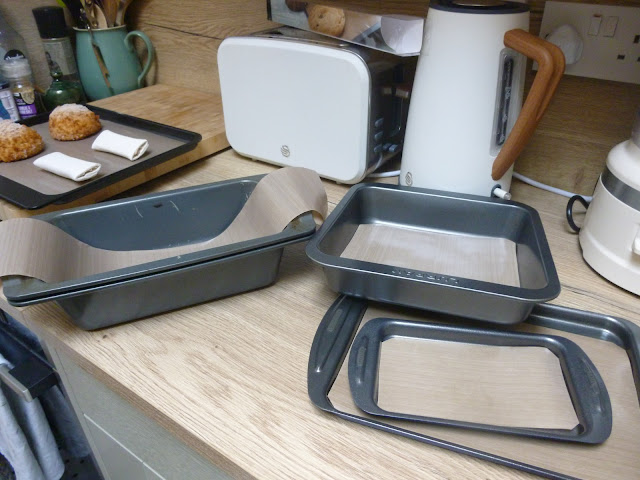 It didn't take very long and before I knew it all my most frequently used trays were lined and ready to be used ... with one of the little offcuts fitting very nicely into the teeny tiny baking tray that came as part of a set many years ago.  The two strips I cut out for the 2lb loaf tins I purposefully left extra long so that I can lift out bread or cakes a little bit easier. Very satisfying and now they are already for action.
The Melt in the Middle No Fish Cakes were okay, very potatoey and not that much of a fishy taste, but the cheesy middle was yummy when it oozed out and mixed with the salad. I would have them again, but I have to say I prefer the No Chicken Kievs, as do lots of people even people who usually like Chicken Kievs.   Marks and Spencer currently have a huge range of vegan foods, and most of them are really tasty and quite healthily too.  New vegans and those that are trying Veganuary this year are really spoilt for choice, which is absolutely lovely. 💚💚💚
So now I have a little bit more space in the freezer, more space in the fridge vegetable drawer and some space in the cupboard near the washing machine where the roll of non-stick liner was waiting to be used.
Winner, winner, no-fish cake dinner.  😀
Sue xx