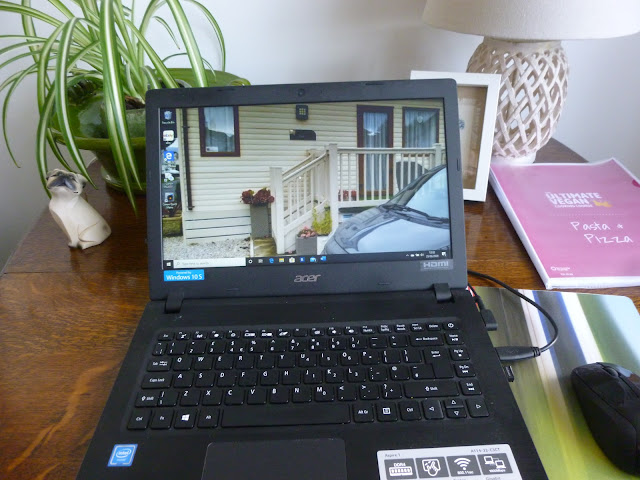 We used to share the office upstairs in our spare bedroom.  When Alan worked mostly away from home it worked out fine, I had it during the week and he used it at weekends.  Now of course for the past three years he's been working most of his time at home, so he's had to claim the office purely for himself.

I have no problem with this after all I was mostly at the Van for the last two years, so my office was on the table in the kitchen there, easily packed away each evening ... simply fold down the laptop and place things neatly on top.

Now we're both home I tried using breakfast bar in the same way but there's less space and having to pack away for lunch was annoying. 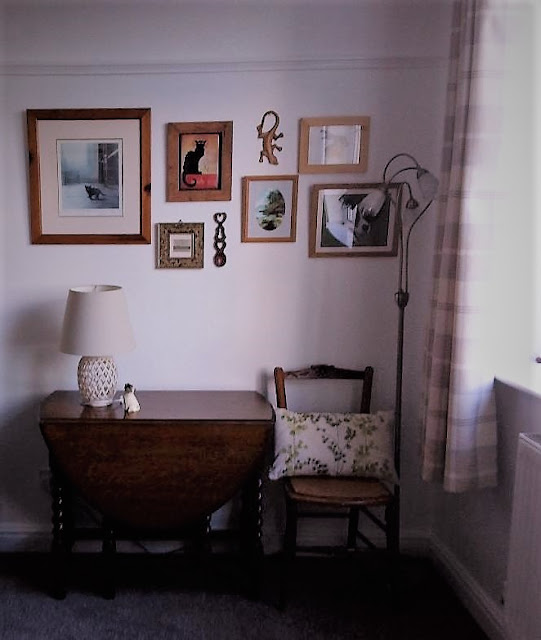 Brilliant for blogging on, and for doing my coursework and I can just leave all my things out whenever I want to ... although I am trying to stay neat and tidy.  The temptation of course is to gaze out of the window at our glorious view far more often than I should while the sun is shining as it is, but there's no rush to do anything at the moment so I allow myself moments of relaxation and hillside watching whenever I want to. 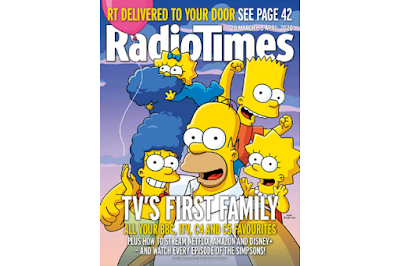 A little heads up for anyone that usually gets the Radio Times, as we do, and was wondering ... as I was ... how to carry on getting it.  There is currently an offer in this weeks edition, meaning you can get the next twelve editions delivered to your door like a mini subscription.  It has free postage and packing and you do save slightly on the cover price ... and of course you do not have to leave your house to get each weeks copy.

I used to get a subscription until I started living between two addresses and two countries and needing two different areas editions, yes it got complicated, so I just started buying it each week from the supermarket wherever I was based.  Now that I am trying to avoid the supermarkets for as long as possible I was just starting to wonder what I would do, and this solves that problem nicely.

Just go to the website fill in the details, it literally took me five minutes and you have your next 12 weeks Radio Times on standby.

Although the Radio Times may seem expensive … it's currently £3.50 … it is only one of the two magazines that I now get and I read it cover to cover (except for the radio programmes) and do all the puzzles, so I do still think it's worth it for me.

Did you stand outside or at your window and Clap for the NHS last night at 8pm?

We did, although not even being in a village ... just 20 odd houses dotted all over 3 miles of hillside the only other clapping we could hear was that of our nearest neighbours on the now closed campsite across the road.  They have a little cluster of terraced cottages that are let on long lets, so their little family of four plus a few more hands valiantly clapping away made enough noise to carry up to us.

What most people did on both sides of the valley was to light up their houses with as many lights as possible, and for just a few minutes it was like a magical valley of fairy lights stretching as far as the eye could see.

Email ThisBlogThis!Share to TwitterShare to FacebookShare to Pinterest
Labels: Tales from Wales