Getting Into Routines and Planning Ahead 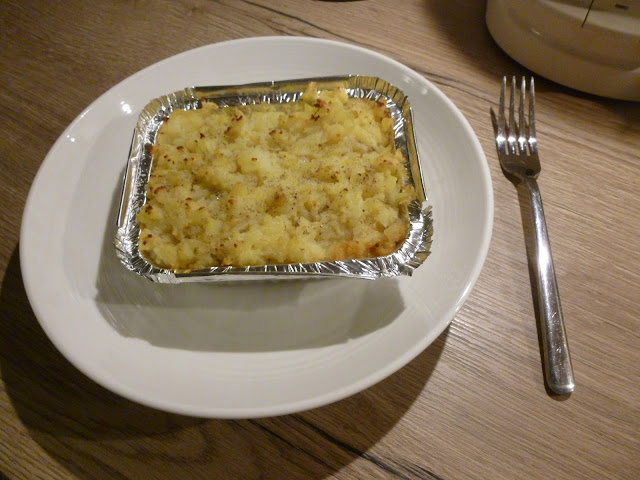 I've spent the first couple of weeks of this year and this new Challenge trying desperately to get into a routine, but I still feel like I'm winging it a bit.  Photos are stacking up on my camera and need downloading to the computer, things are being shown on the blog posts slightly out of sync etc etc ... the only good thing is that I'm doing minimal shopping and that I am managing to eat some pretty decent food three times a day, well twice yesterday hence my menu now being out of sync. 😏
I made some mashed potatoes ready to make the little Potato Pizzas for my tea last night and ended up having no tea.  They are ready in the fridge for tonight, well the bases are and the other half of the mash is in a bowl ready for this weeks Shepherds Pie.
The one in the photo above is last weeks version ... 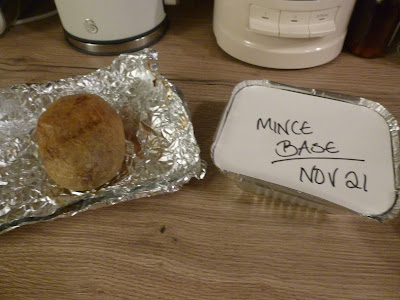 ... and it's mash came from an additional baked potato made when one of my lunches last week was a Jacket Potato.
It's this doubling up and having things waiting that while being good for energy consumption and less work later also causes confusion and a little queue of foods waiting to be used. 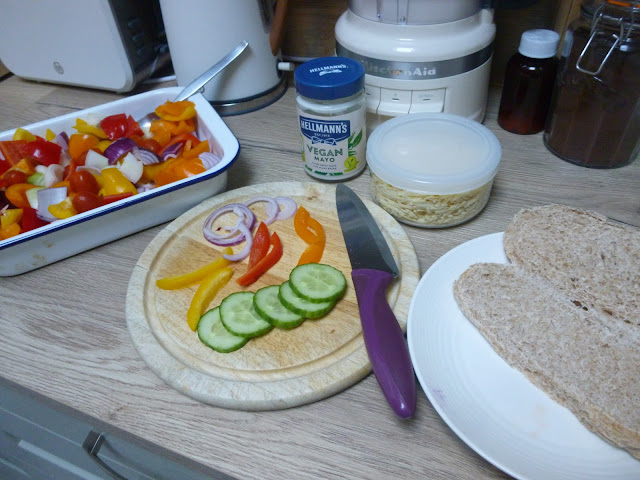 But by and large getting into a routine and planning ahead does work well for meaning that no food is wasted.  For instance I was prepping the veggies for the Mediterranean batched cooked vegetables last week and I decided to pull a couple of slices of the peppers, onions and tomatoes to one side to add to a cheese and mayo bun, meaning that I had a really tasty lunch that in a way was 'free' of extra things needed.  And chopping things for two meals at once means less washing up, and that in my book is always a winner. 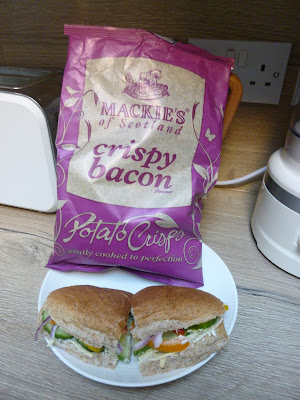 The cheese salad bun was eaten with the last quarter of this bag of crisps.
A tasty lunch and less work later on, it suits me just fine.
Sue xx
at 6:00 am 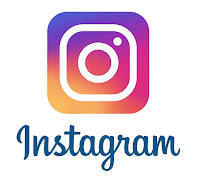