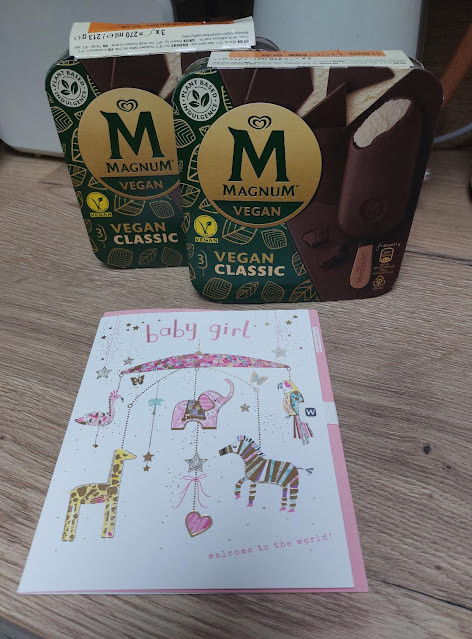 I'll forgive myself for not posting this on the right day but I bought these on Tuesday straight after I had my hair cut.  I called into Booths to pick up some eggs for Alan and remembered I needed a new baby card as my second great-grandchild is on her way.  💗

I didn't need any vegan Magnums, but they were on special offer at £2.50 a box instead of the usual £3.60 and temptation won.  So now I have six desserts ... or maybe just treats ... tucked into the freezer.

I can't find the receipt and that's probably why I forgot to post about them on Wednesday, I usually leave it on the worktop to remind me of my shopping folly. 😄 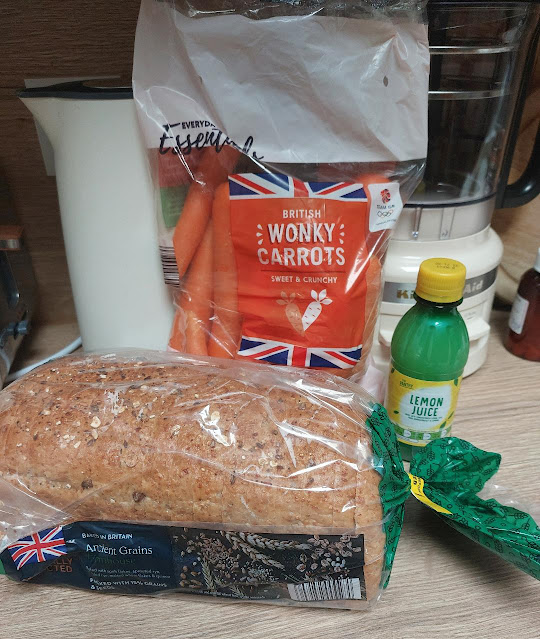 Alan needed some teabags yesterday so we called to Aldi.  The only things on my list were ... 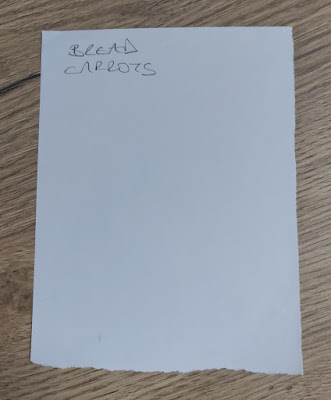 ... so I did quite well to come out with only one more thing.
I did need the lemon juice as I use this in my morning hot water when I don't have any lemon slices in the freezer.  It's so much cheaper than lemons too and handy to have in for all sorts of recipes. 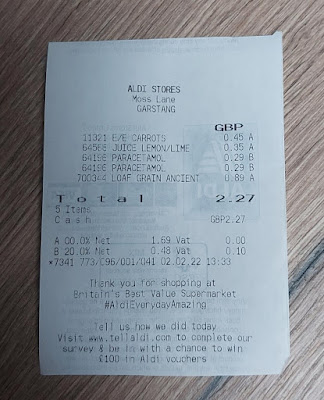 I do have the receipt for this shopping and now it is firmly stuck in my Challenge diary.  So that's another £2.27 spent.
Wow ... £10.27 spent of my £50 monthly budget and it's only the third day of the month, I need to be good for the rest of this month. 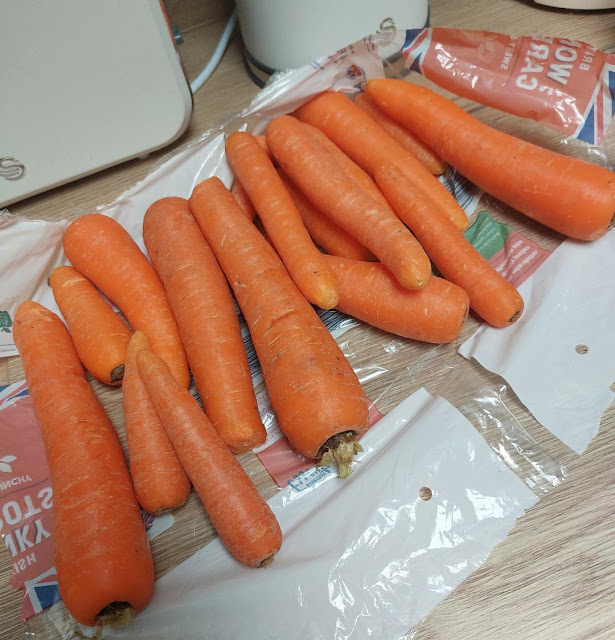 I had a good look through the carrots and sorted them into two piles.  The ones that would last the longest and the ones that looked as though they needed to be used up first.  It just makes sense to do this when I want my fresh stuff to stay in good condition for as long as possible. 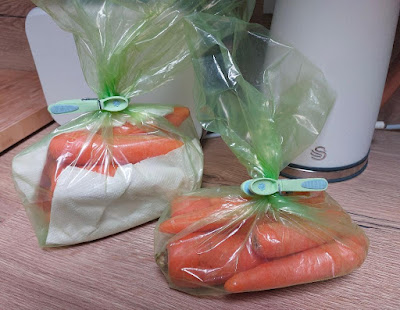 The biggest bag is full of the really good ones and the bag at the front has a slightly dodgy couple and the littlest ones which will all be used up this week.

Alan was amazed at such a large bag of carrots for just 45p, but the basis of lots of my previous low spend Challenges has been a bag of carrots, one of potatoes and one of onions.  For instance if you bought these three items from the Essentials/Wonky range at Aldi this week they would cost you a total of £1.84. and give you 5kg of vegetables for less than £2.

A couple of weeks this year I will most likely do a complete weeks shopping on just £10 using none of my tinned or freezer goods to bulk things out, just to see if it can still be done.  Would you be interested in that or has it already been done to death?

Email ThisBlogThis!Share to TwitterShare to FacebookShare to Pinterest
Labels: No Spend Challenge, Shopping