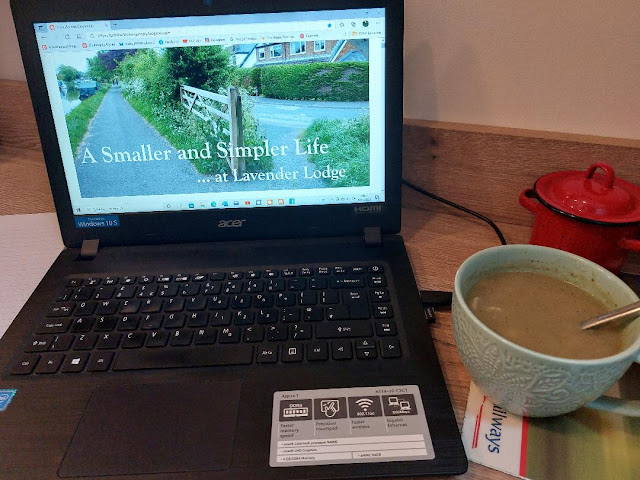 Soup at the computer was actually my second breakfast of the day yesterday, I slurped away while reading and answering all your jar hoarding confessions ... it would seem I am far from alone!!  😄

For some reason I just really fancied using the last of this weeks soup and why not at breakfast, who ever stated that breakfast had to be cereal or toast!!  I had added some of my tiny pasta shells to the pan after I served the soup just plain with the bread at the start of the week.  I felt it needed more body and I'm not always in the mood for a slice of bread with my soup.  This worked a treat. 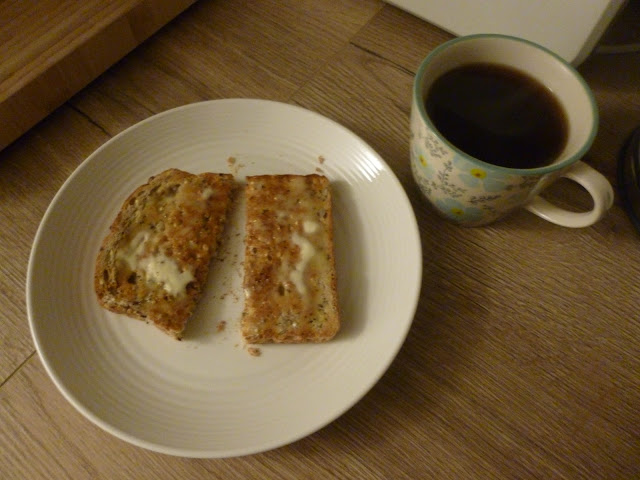 Although toast was the actual first breakfast of the day a few hours earlier, I can't take my tablet on an empty stomach and one slice of toast is all I can face first thing. And then later for elevenses I had a 'bacon' butty.  I have been using up the Quorn Smokey Ham slices rather than buying any fake bacon, and they are just as delicious and more versatile too as you can have them on a salad sandwich, or as I did the other day add a torn up slice to a pizza for a hit of smoky flavour. 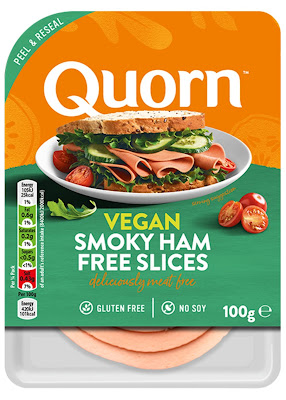 I've got half a pack left for next week. 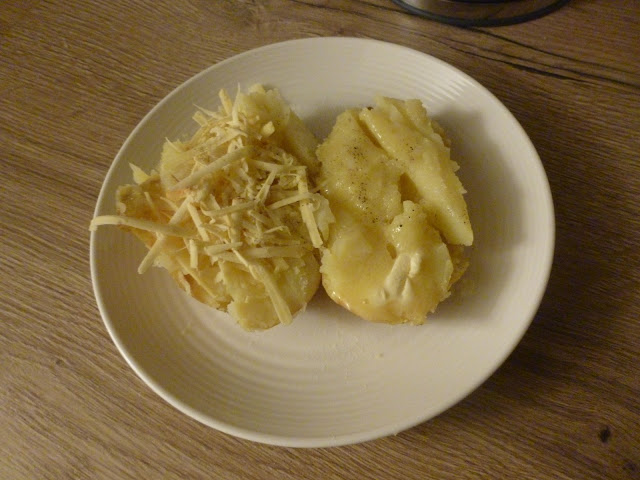 After a ridiculous amount of 'breakfasts' I only needed a little baked potato with some butter and cheese for my lunch.  Just enough to stop me nibbling later in the afternoon, or so I thought ... 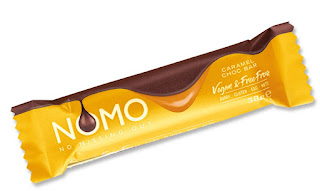 ... but I ended up with a chocolate bar with my coffee  😁 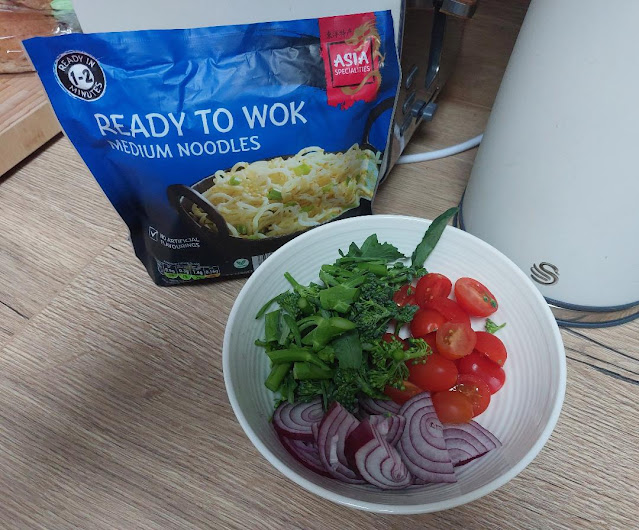 After all the days nibbly foods I just wanted something simple for my tea so it was just a question of chopping up a red onion, a few stems of my broccoli and halving some of the cherry tomatoes and sautéing them in some olive oil for five minutes. 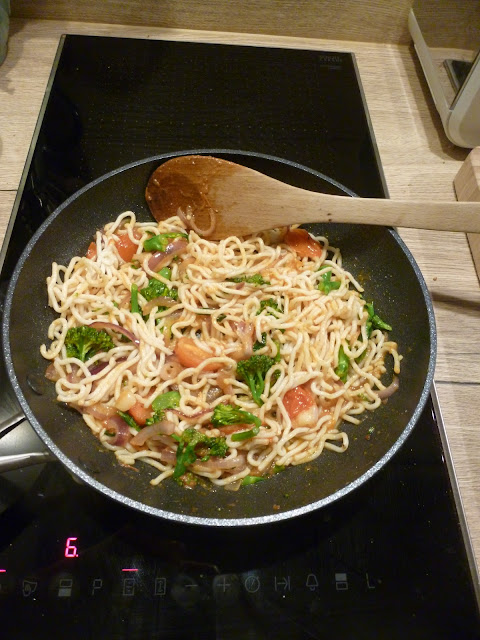 With one of the pouches of the ready to wok noodles I had a tasty and healthy tea in under ten minutes.

Not a bad day at all and a very tasty one too.