What a Lot of Weather!! 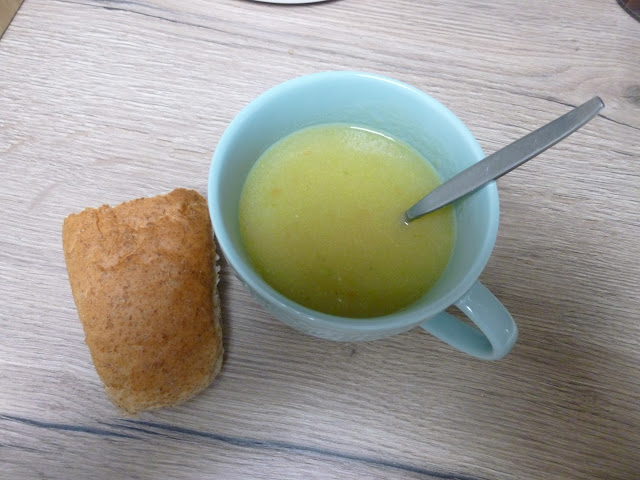 Warm soup on a cold, cold day just what is needed. 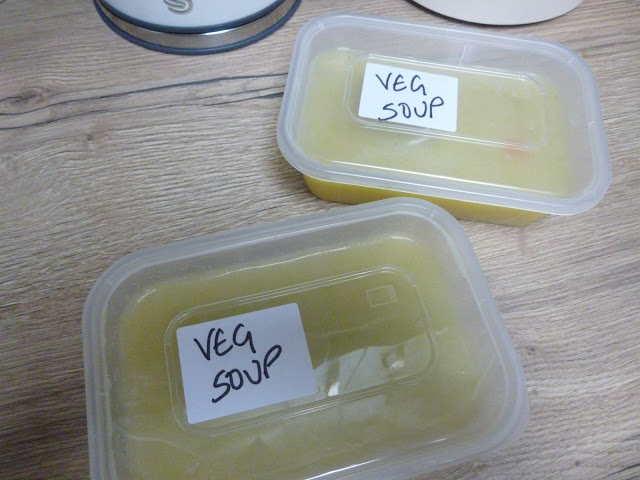 But rather weirdly I'm just not in a soup mood much recently, so the last two portions of this weeks Vegetable Soup have been put into tubs and popped into the freezer, which luckily due to me eating a few meals from it over the course of this last week finally has some space for homemade things to go in.

We have thick snow falling outside at the moment, but I really don't think it will stick for long as the huge flakes dissolve so quickly if you catch one, and also the air temperature seems much warmer than the last few days.  Mavis doesn't like the snow at all, and after dashing out to go into Alan's patio doors on seeing them shut she immediately tippy-toed back into mine and settled herself back in bed.

I hate seeing huge old trees being uprooted and crashing to the ground, but I was especially sad to read on Facebook via my sons girlfriend that a gundogs kennels have suffered the loss of 13 of their dogs.  They were electrocuted when their kennel runs were electrified after being hit by a power line that was brought down by a falling tree.  Two Cockers and eleven black Labradors lost their lives so sad.

So much sadness, but also so much bravery being shown by so many people during all this bad weather ... and as for the three idiots that wanted to go in the sea for a swim and had to be ordered out by the Coastguard ... words fail me!!

I hope all my blogging buddies and readers are staying safe. 💗