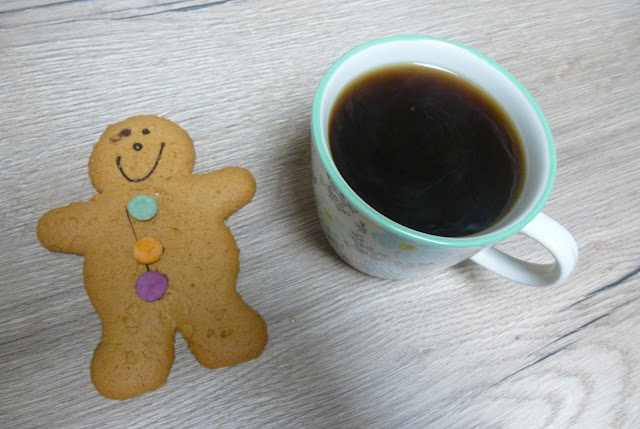 Single use plastics and people talking about them seem to be everywhere I look at the moment.  It's funny isn't it that when you think about something and maybe read about it or watch a programme about it, suddenly it's everywhere.
I was sat mindlessly chewing the legs off my Christmas Gingerbread Man ... you have to eat them legs first so you can say goodbye to his face ... watching a Youtuber teaching me all about re-using plastic bags when I suddenly thought 'you're teaching your granny to suck eggs here'  ... 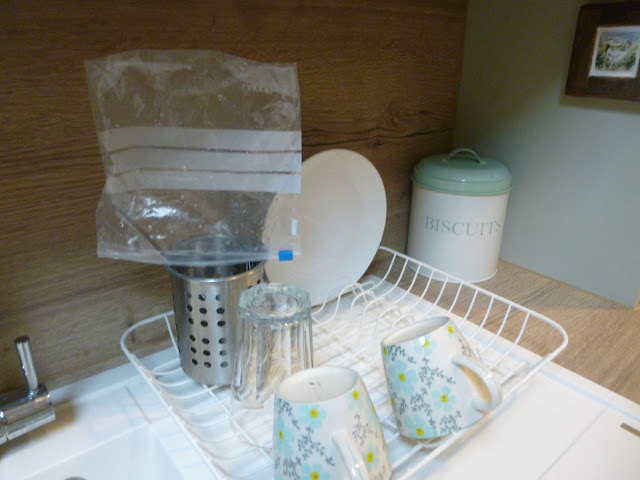 ... because in my kitchen draining over the cutlery tub before being put away for possibly the fifth time was a zip-lock bag, a regular occurrence here in the lodge.
It always makes me smile when I think about how many times I use some things, just take my green Stay Fresh bags from Lakeland for instance.  At £6.99 for just 20 that might seem expensive ... indeed at 35p each it is ... but when you think that I usually have around four on the go at any one time and these get used and used and used until they can longer be used and then they are suddenly very good value.  I can honestly say that I have used each of my current on the go ones more than 35 times each making them less than one penny each.  And thinking of the money they save me by keeping my vegetables fresh for such a long time I have saved so much money.
I remember last year visiting my Mum and she was really upset after watching a programme about cotton buds and their environmental impact when they had plastic sticks.  She had a new pack purchased months before waiting on her table to remind her to ask me what to do with them.  'Should I throw them away' she said 'and get some of the new ones with cardboard sticks'.  It only took me a moment to point out that if she used them one by one as she occasionally did and then throw them away it would be much better than putting the whole tub in the bin and  rushing out to replace them.  They would be thrown away in either instance ... but we should use what we have first.
And that's just it isn't it, those of us of a certain generation were brought up to use what we have, keep what we buy for so much longer and not to replace things for replacing's sake.  We grew up with the milkman delivering our milk in returnable glass bottles, using our own shopping bags to carry groceries home from the shop.  Having our fresh produce and our fish and chip suppers wrapped in paper, and in the case of the chips it was actually recycled newspaper.  I remember taking a pile of newspapers to the chippy with a friend and being rewarded with a scallop each ... the Manchester version, which is a thin slice of heavily battered potato which was deep fried with the fish and usually for sale at 2d each.

Google Image
I think we were the original re-users, re-purposers and re-cyclers.
Sue xx
at 6:00 am