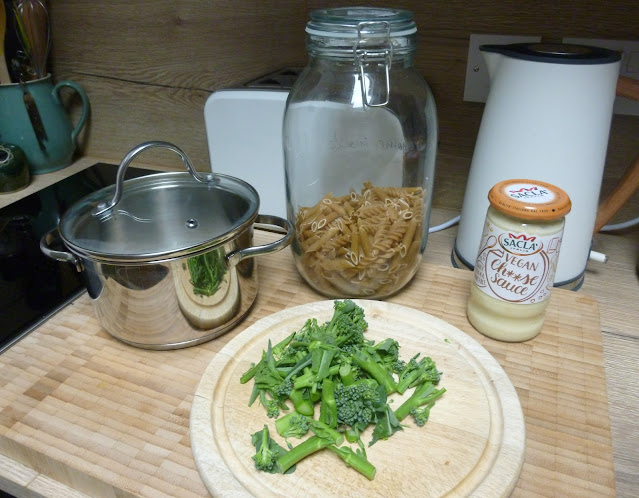 Two of the things I definitely needed to use up this week were the broccoli that I bought at the end of January and the vegan Cheese Sauce that went out of date last month ... or as it says on the jar Ch**se Sauce.  It makes me laugh the various spellings they use when they veganise foods, so many variations that children are going to grow up not knowing how to spell some things properly. 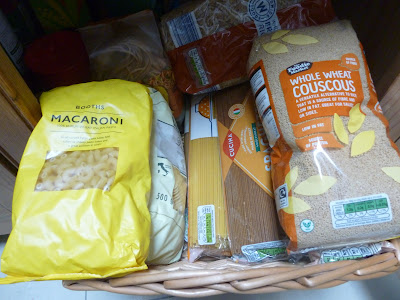 I noticed the pasta jar was getting quite low, but a quick peek in the cupboard showed me that I really don't have to worry.  I have a couple of packs of pasta shapes and lots of spaghetti. 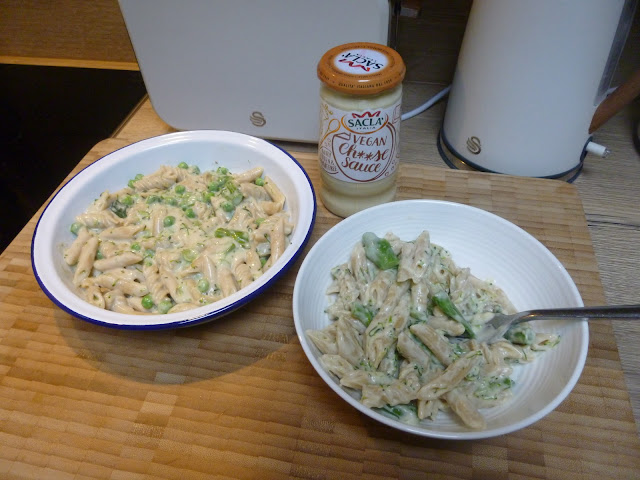 I cooked up enough for my lunch ... yes that is a mixture of Penne and Fusilli pasta shapes, I tipped them all together when we moved house and gave the jar a shake ... and put the leftovers into an oven proof dish ready to top it with some garlic fried breadcrumbs tomorrow night and there's still a little bit of the sauce left that I think I might use as the sauce in a vegetable pasty or two over the weekend.

The first portion was very tasty, so I have high hopes for the following two.  😀