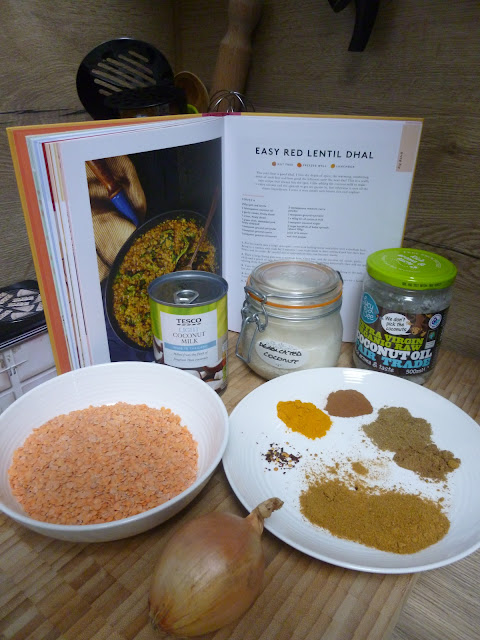 I made a large pan of dahl the other day.
It always seems like such an easy recipe and one that gives multiple portions for me as I like a lot more rice than dahl so it goes a long way.  I could literally ... and indeed have done on numerous occasions ... eat a bowl of rice with just salt and pepper I love it that much.  But there's not much goodness or protein in plain rice so adding some dahl to my bowl gives a good hit of both.
Whenever I bought this coconut milk, it must have been quite a while ago as it was out of date, I had obviously picked up the 'light' version by mistake as this is something I never do, and it really stood out in the finished dish.  That luscious creaminess that I'm used to achieving just wasn't there. 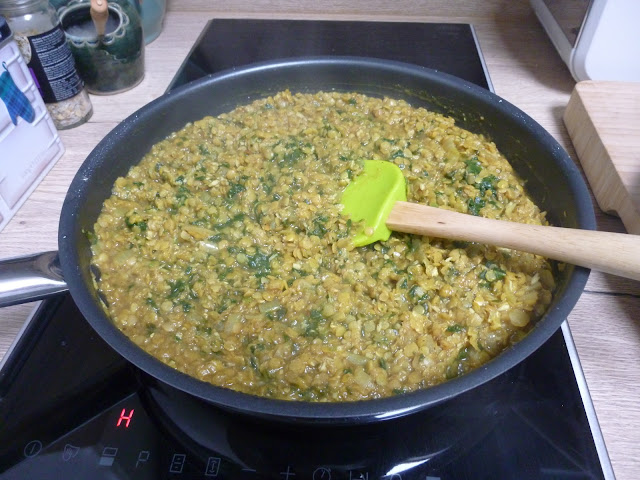 But I wanted to use it up so I did, and I added lots of spinach for the healthy greens side of things. 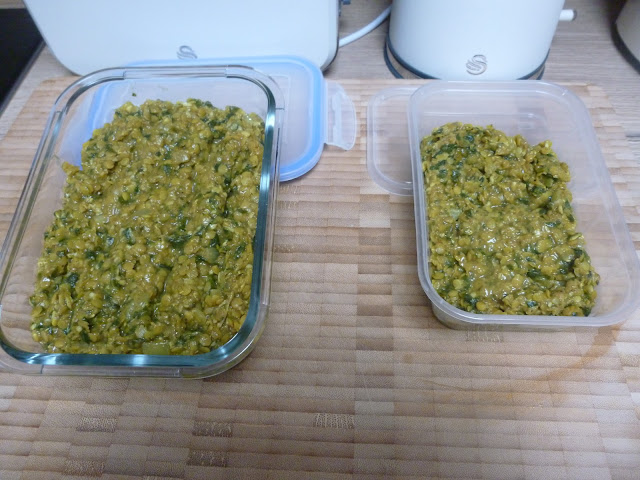 It made enough for three good portions for me and a large single portion for Alan to go with a roast chicken portion for his tea. 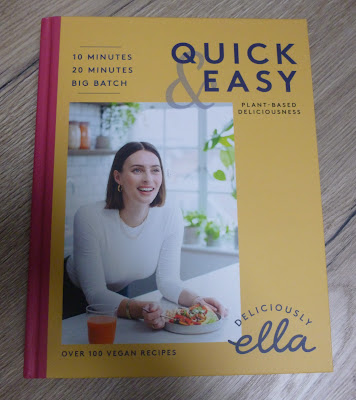 I used the recipe from Deliciously Ella's book, but dahl basically is just lentils, onions, spices and coconut milk if you like it creamy.  Nice, cheap to make and very simple ... and much tastier than these simple ingredients would suggest it is going to be.

I think it's important to have a good base selection of spices in stock if you want to make cheap meals taste better, and I've just used the last of my curry powder so I better add that to this weeks shopping list.  I'll have a rummage through the cupboards first though just in case there is some lurking in there.

Email ThisBlogThis!Share to TwitterShare to FacebookShare to Pinterest
Labels: Food, No Spend Challenge