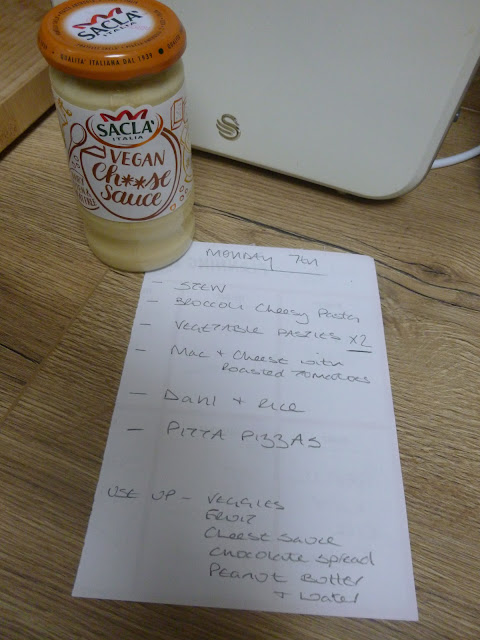 I've decided to simplify my menu planning a bit, instead of putting the meals onto a specific day I am simply listing the seven main meals I want to prepare during the week ahead using the ingredients that need using up first as a starting block.  I found myself spending far too much time rubbing out and moving meals around when they were listed daily ... purely for my own benefit of course but still annoying!
And at the bottom of the page the things that need using up first, you wouldn't think I'd need to be reminded to use up chocolate spread would you.  I've literally just had a brainwave for that actually, well it is Valentines Day in seven days and I think some little cakes might be in order. 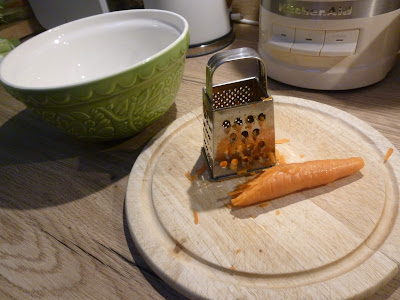 I used up one of the smaller new carrots yesterday and made a quick portion of coleslaw.
Little carrot = little grater ... just for a bit of fun. 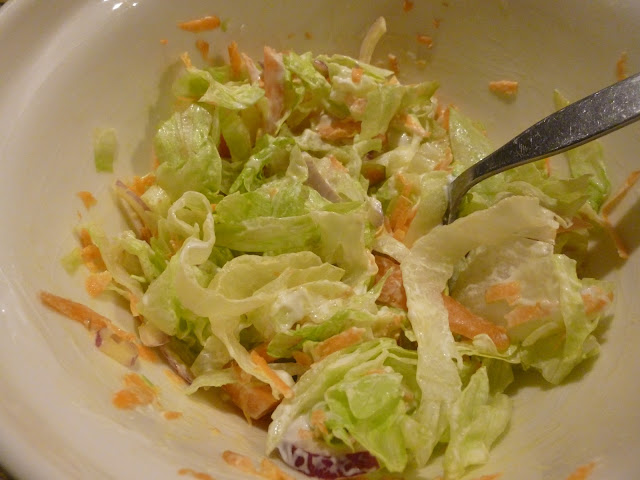 It doesn't look the most appealing photo does it but coleslaw made with iceberg lettuce never looks as good as when you make it with white cabbage, and of course it has to be eaten straight away otherwise it goes soggy.  But it was really tasty and I have just enough lettuce for an action replay for my lunch today. 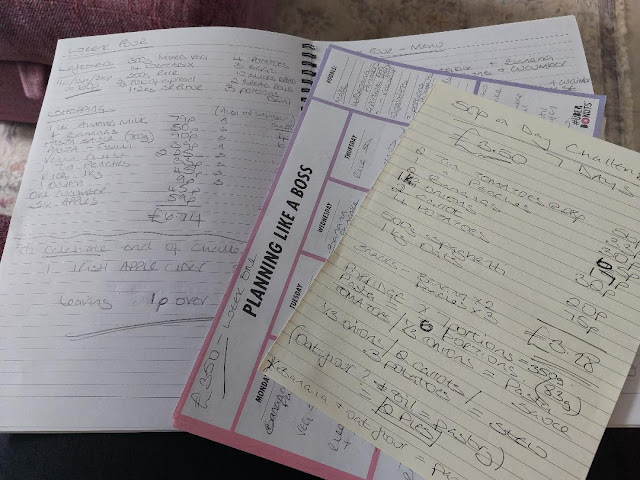 While I was getting one of my many notebooks out yesterday ready to start to work on a potential complete weeks shopping for a £10 budget, I came across old workings out for previous Challenges.  They make for fascinating reading.  I was going to put them into the recycling and start afresh but then I thought no, I will see how many more pages like this I have tucked in other notebooks and use them for reference and recipe ideas.   I obviously then spent a good hour or so reading through all my old scribblings.

Stationery and starting new notebooks off is a weakness of mine, no doubt started by Mr Downey my form teacher for the last year of Junior School.  He had taken over the class after our very strict female teacher had left following an embarrassing incident in the playground, but he was most definintely not cut from the same cloth as her.  He was so laid back he was virtually horizontal.

Every Monday morning we would all be given a new school exercise book which we spent the first hour after assembly 'backing' with paper of our choosing from the art trays, then we had to use this to do a 'topic' for the week.  We could choose anything to write about and cut up any books in the classroom to glue the pictures in our books.  We would all start off the first couple of mornings of the week full of good intentions and then by Friday morning we would be doodling and making paper aeroplanes instead.  Every afternoon when the weather was relatively dry we would go through the gate from our school into the park, where the girls would play rounders and the boys would play cricket ... which Mr Downey loved more than life itself.  If it rained too hard we simply read, chatted very quietly or in some cases fell asleep.