Tinned Tomatoes at WHAT price!! 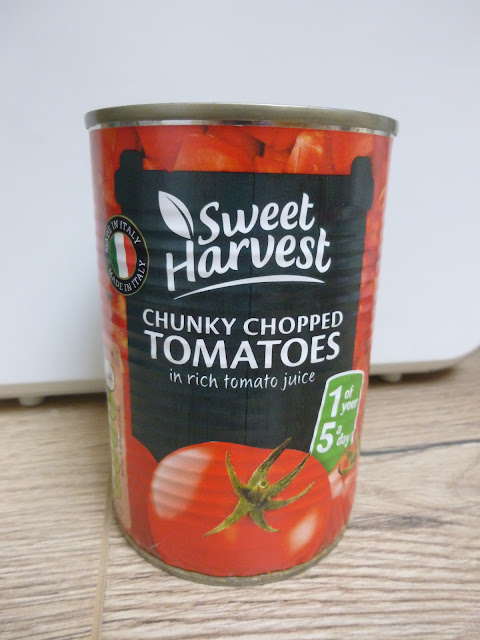 I was rummaging about in the cupboard the other morning looking for some tinned tomatoes to have on toast for my breakfast.  I had an almost heart stopping moment when I thought I was about to use the last tin, then I moved a tin of Black Beans slightly to the left and discovered a whole other double height row of lovely tomatoey tins ... phew!! 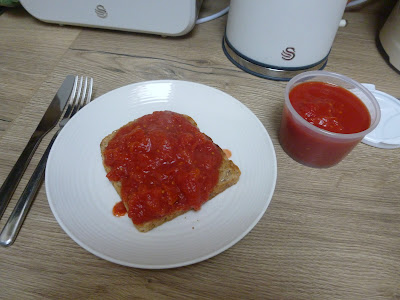 Breakfast was had and enjoyed and the leftover two thirds of the tin was decanted and put into the fridge ready to be used for another meal.  I can easily get three meals out of one tin of tomatoes, which got my challenge brain thinking ... how many other food items do I get at least three uses out of?
That would be interesting to note down instead of just thinking about, doing and forgetting. 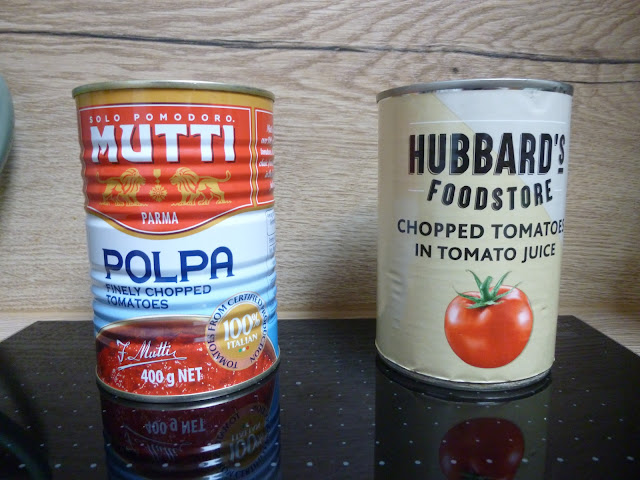 I don't know why this idea even came to me, but when I was out shopping later in the day I suddenly thought ... What is the price difference between the cheapest tin of tomatoes and the most expensive?
You know me I had to look!!
The ones on the left, picked up from Booths were £1.30 and the ones on the right picked up from Sainsbugs were still available at just 28p. 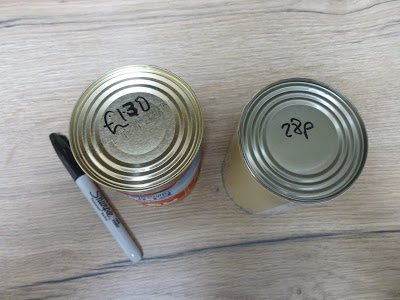 Wow ... that is some difference for the same sized can of tomatoes.
I haven't opened either of them yet, but it will be really interesting to see if the taste difference is between the two in any way justifies the cost.  But I would be able to get four tins of the Sainsbugs ones for less than the cost of the others.
The big question is ... Do people actually buy these on a regular basis just as day to day tomatoes for use in pasta sauces etc?  I guess the taste test will tell me when I get around to it.
The slightly littler question is ... WHY did I buy two more tins of tomatoes when I had just discovered a row of eight in my cupboard?
And the teeny, tiny question tapping away at the back of my mind is ... How many other things are there that are so different in price that are just normal every day items of food stuff ... too many for me to buy and taste test I guess.  But it's made me think, and I will be looking a little bit harder at brands and prices next time I go shopping. 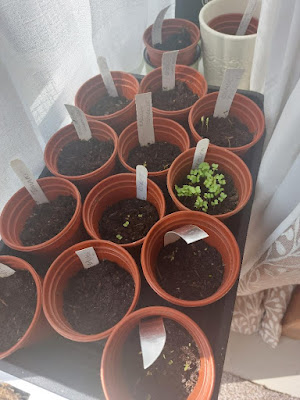 I couldn't resist showing you my little seedlings, not bad for six days since sowing.  It always pays to sow seeds a little later than you think you should.  I got home from Manchester yesterday and the Mizuna were up, then this morning all the other ones appeared.  🌱
Sue xx
at 12:48 pm