Into the Third Month of the Challenge - Comparison Photos 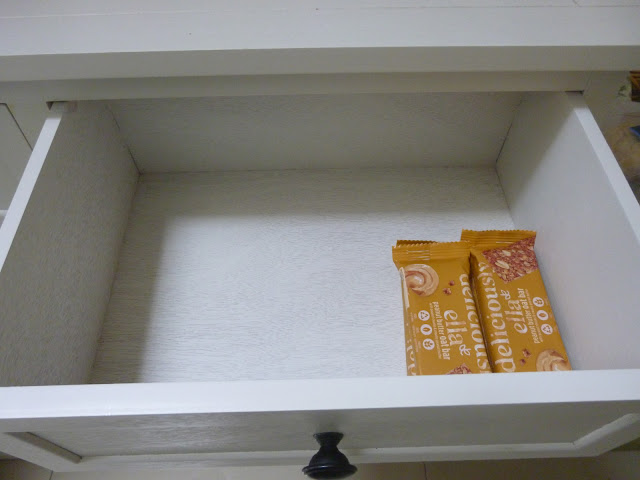 Possibly the biggest difference this month is the sweetie drawer!! 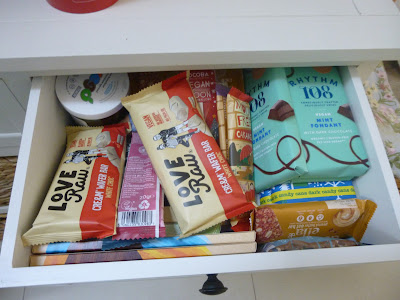 January Photo
Now don't panic and think all my teeth are going to fall out, yes some of these have been eaten but a good selection of them were donated to the Foodbank trolley in Booths half way through that month and a few added to the drawer in the fridge.
I am slowly and surely reducing my sweet tooth and once again enjoying all things savoury. 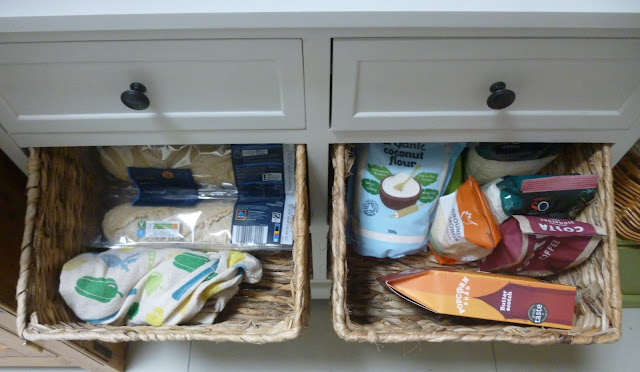 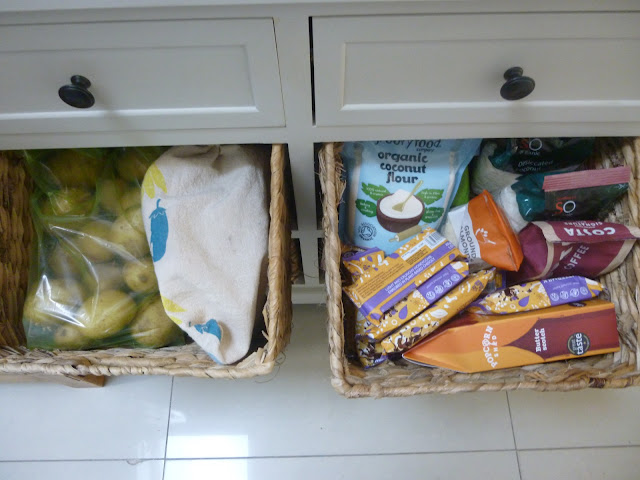 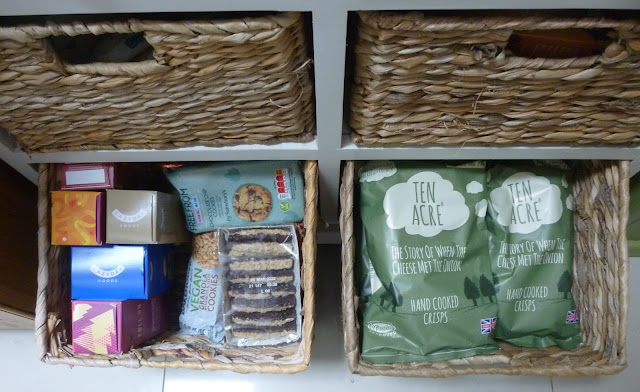 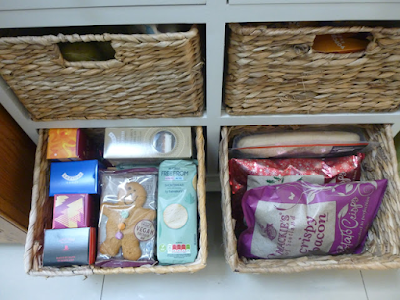 January Photo
As you can see there are a couple less packs of biscuits, and the crisps that were in here were eaten and replaced with the crisps that had originally been in their box in the bedroom.
Oh it all gets so complicated trying to show the differences, it will be so much easier when there is just  less food!! 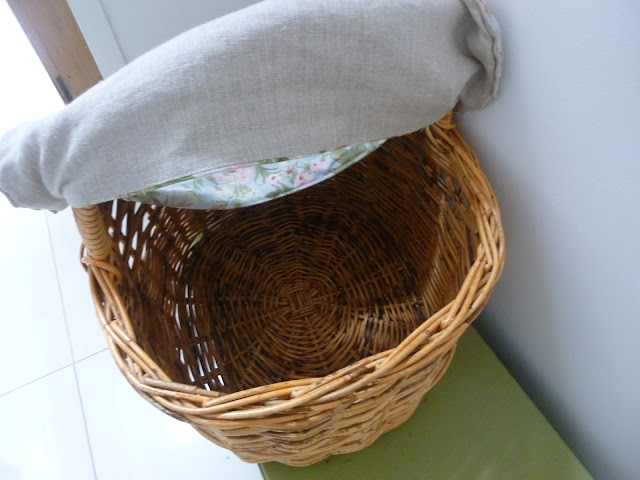 Another obvious difference this month is my now empty basket ... although it is currently holding some folded up bubble wrap after I did some unpacking instead of the three large jars of coffee that were in it at the start of the year. 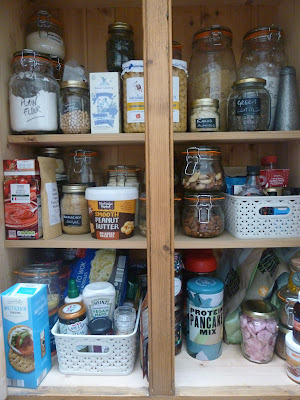 The two jars of Nescafe instant coffee that are left now fit neatly into the main food cupboard, so the contents of this must have gone down a bit, although I find it hard to spot what's gone!! 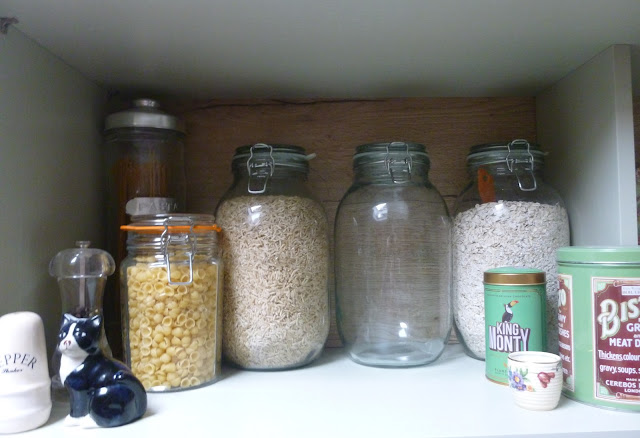 One jar that has now emptied is the pasta jar on the open shelves, I ate the last portion last night with the Mediterranean veggies that were left in the fridge.  So I am going to have a rummage around in the lower half of the food cupboard for something to pour into there instead of the mixed penne and fusilli.  I do find I get more inspiration to eat the things I can see more clearly.
I'll be back tomorrow with a fridge round-up and for the first time a glimpse into the freezer ... I can actually open the drawers a bit more easily now!!
Sue xx
at 6:00 am