No Food, No Stuff ... and Death to the Dust Bunnies 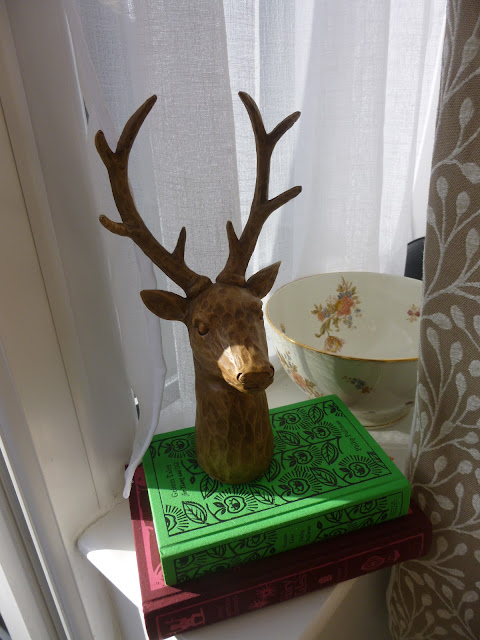 Eating the food, buying the food and blogging about the food ... so I decided I would start to do a bit of decluttering and sell a few more things instead.

I started to think about getting rid of stuff when I was dusting the other day.  Now dusting itself is a thing I do only when I have absolutely nothing else to do, I would prefer to read a book, play with a dog, talk to a cat, dig a hole ... anything except move dust from one place to another.  I wonder how much dust we make, churn up and remove in our lifetimes ... I would hazard a guess at enough to stuff a double mattress with.

Anyway as I dusted the bowl in the photo, the bowl that has sat there since the day I moved in and although looked very pretty was actually doing nothing except taking up space and catching some of the aforementioned dust.  I decided I had dusted it for the last time.

I took it's photo and added it to my Facebook Marketplace page ... it sold within two hours along with a folder containing 120 DVDs that I knew I would never watch again to the same lady.  The DVDs were for her Mum to watch and the bowl ... well I guess she'll either be selling it on for a profit or dusting it for the next few years.

Either way I now have £10 in my coat pocket that I can drop in the collection buckets for the people of Ukraine next time I go shopping or for a coffee at Booths.

And one less thing to dust.  😀