Giving Away My Rewards 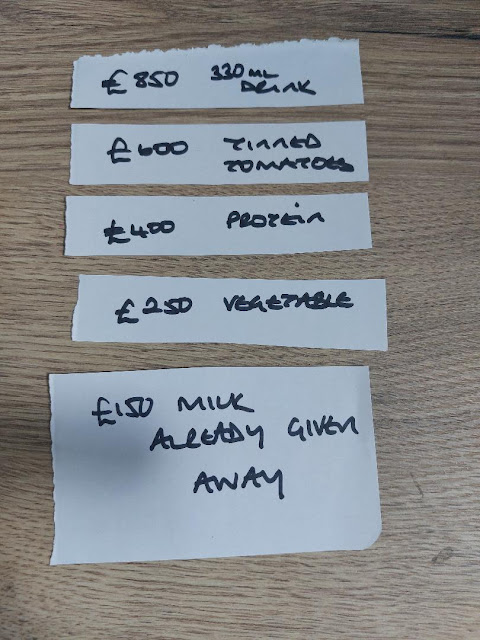 I remember having a conversation with someone last time I did the Ration Challenge, I had thought it was through the comments on the Challenging Myself blog but I can't find the ones that I thought I was thinking of (gosh that sounded confusing), well anyway the conversation was centred around 'What would I do differently if I were to do the Ration Challenge again?', and I remember distinctly saying I would do it without the 'rewards'.  Now I had forgotten all about this until the other night but once I remembered it I kept thinking about it.
The first year I did the Challenge was 2019 and I did it as a solo entrant, the second year I took part I joined a team and experienced it that way, so it seems only right that I do something different this year.
So I decided to give some of my rewards away, but there had to be caveats.
I am part of a team so I am keeping the spices and the garlic clove that we all get, I am keeping my salt because if one team member earns salt it means that all the team gets to use it and it would be wrong to take that away from everyone.
And I thought as everyone has helped so much to get me the rewards that I have earned it would be wrong not to keep at least one or a couple of them that would add a tasty something or treat to the week.
But which ones to choose?
As you might have guessed from these scraps of paper ... I decided on a blind draw.  So I wrote out all the rewards, as you can see on the top photo. 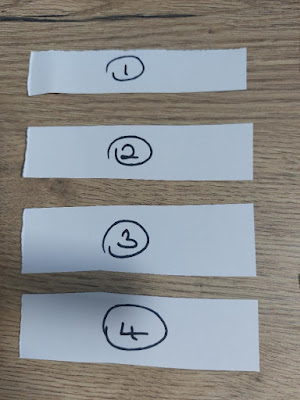 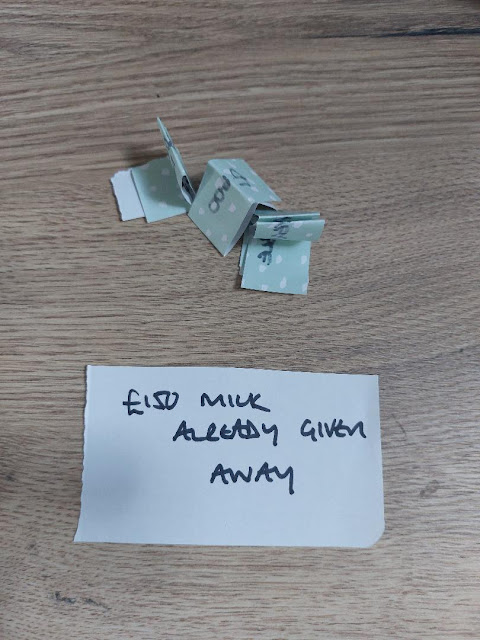 And then folded everything up.
But obviously not this one as this had already been given away to one of my teammates, 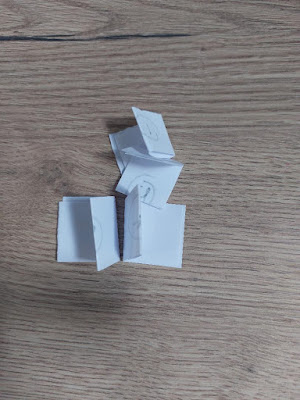 First I drew out the number to see how many of my rewards I would get to keep.
And here are the draws, live and fair.
https://youtu.be/AELQn_598a4 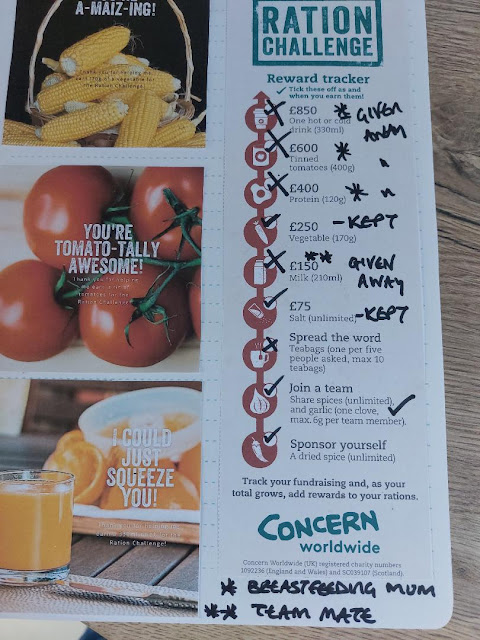 So that was that sorted, I would get to keep my vegetable reward, which is 170g of a vegetable of my choice.  I am going to choose Spring Onions this year as I have never used them as part of the ration Challenge before.

Next I had to decide who to give the other three items to.

I had asked amongst my team-mates who had wanted the milk reward and given that away to the girl that wanted it.  I was going to ask this way again and then completely by chance while I was on the Facebook Group I came across a string of posts between a young breastfeeding Mum of an eight week old baby and another participant.  She was getting close to her milk reward, but quite worried that she wouldn't get much further.  No question about it then, I offered her my rewards and after a bit of shyness and reluctance but knowing that she could really use the items, she gratefully accepted.

Sorted out then ... and in the best possible way.  I'm happy, she's happy and the baby is gorgeous. 😍

Oh, and apologises to the person who decided to 'Dislike' my YouTube video of me unboxing the Ration Box ... you can't please all of the people I guess!!  😕