Of Vegan Fairs ... and Paddington Bears 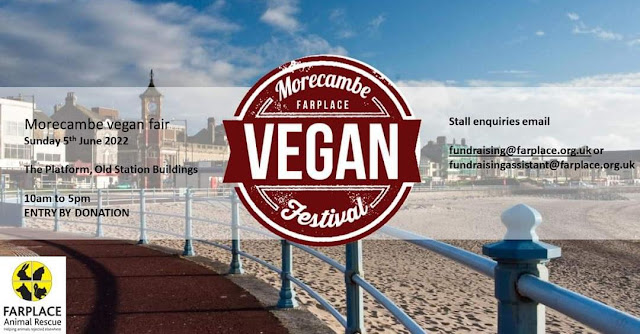 It's been a brilliant weekend.

Possibly far too much television watching but the weather literally did rain on our parade.  So indoor watching and social media following was a much safer bet.

We rounded off the weekend with a trip to Morecambe and this vegan festival, which was small by lots of standards but perfectly formed ... and very, very tasty. 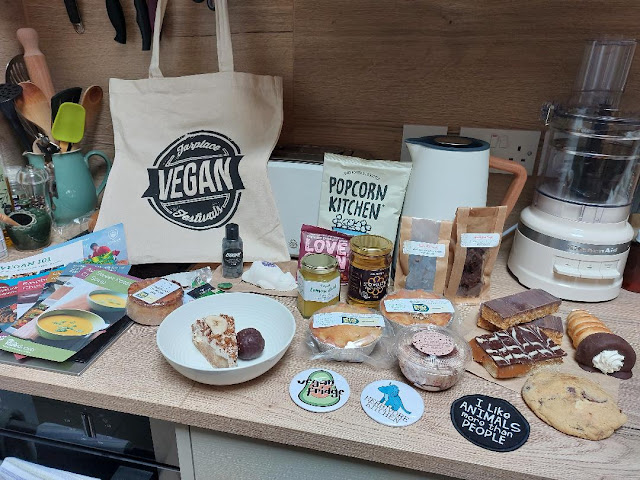 I perhaps went a little too mad on the gorgeous vegan treats on sale as I usually do when the thrill of not having to ask if things have dairy or eggs in them means I can just buy and eat, but luckily some of them have long dates on and there's no rush to consume them straight away ... and as a former small business market trader myself I think it's nice to support small businesses whenever you can.

I had treated myself to a VIP ticket for the event and got a goodie bag for doing so, it contained quite a few of the non-fresh food items things in this photo. 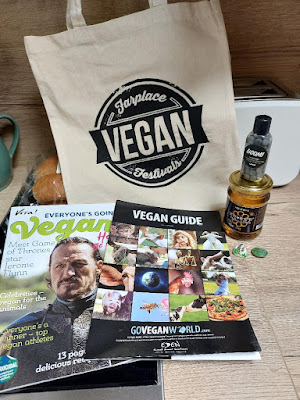 And as well as the recipe cards and leaflets there was lots of really interesting reading and some badges.

I had a really good chat with the guy selling the vegan honey and Alan also bought some flour off him as he was also selling this along with lots of edible seeds.

Then we enjoyed an al fresco lunch break of vegan hot dogs looking out over the sea on the promenade  before the rain drove us back inside where maybe a little bit more buying went on and a couple of coffees each were consumed. 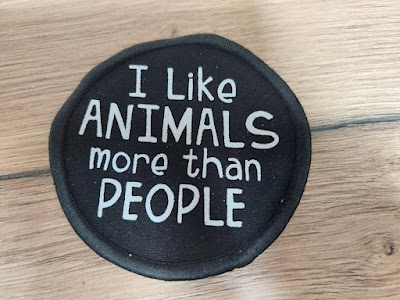 Alan surprised me by buying this patch for himself, he's going to Wonder Web it to his dog walking coat.

And then before the rain got any heavier it was time to come home and settle down to watch the Queen's Pageant.  I thought it was lovely and a brilliant end to the long weekend celebrations for the Queen, with Ed Sheeran finishing the celebrations off just beautifully.
The bit I loved best about the whole televised weekend just had to be the Queen acting alongside Paddington Bear ... now we all know what she keeps in those handbags that she guards so closely!! 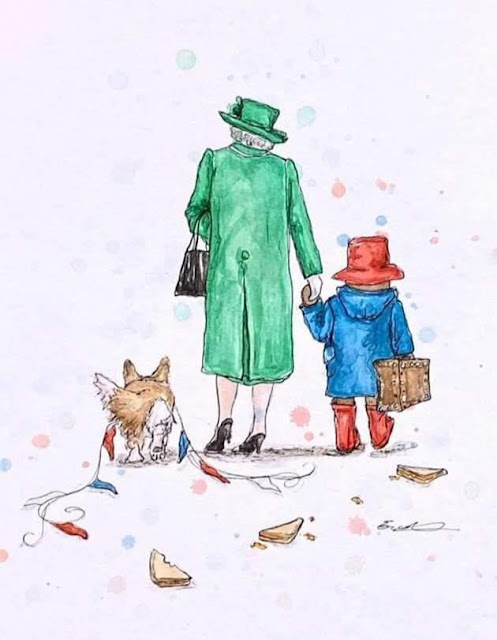 Artwork by Eleanor Tomlinson
And this artwork is available from her website on this page - Jubilee Ma'amalade Tea | Open Edition Print | eleanortomlinsonart
Celebrations over.
Sue xx
at 1:37 pm