Ration Challenge 2022 - Day Four - When your Food Gets Stuck in the Plughole!! 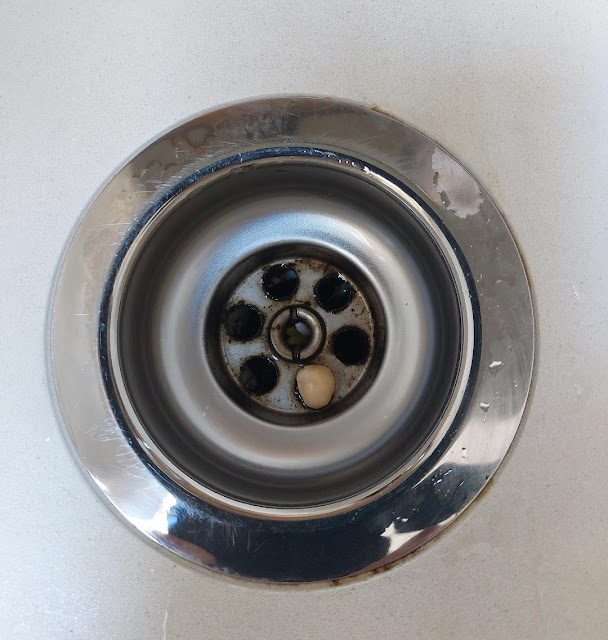 Well it was only one chickpea ... but it still elicited an 'Oh no!' when I saw it.
I was tempted to pop it into my mouth because it was cooked, and very well rinsed, but Mavis was stood next to me so she got it instead.  The dogs have not had any leftovers this week, there haven't been any!! 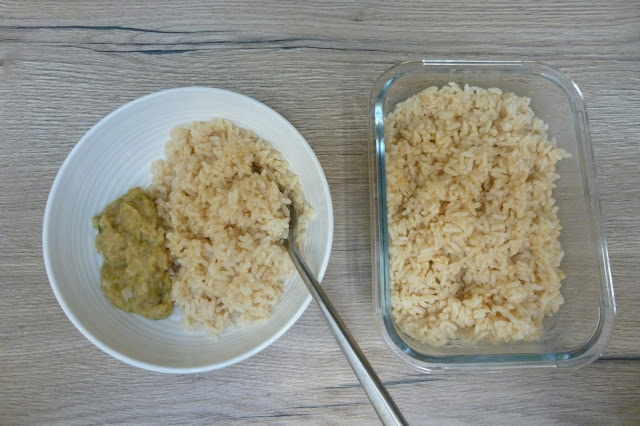 Breakfast was Paprika Rice and Dahl and pretty tasty although the paprika flavour was very mild, and salt and pepper was needed to make it a little bit more tasty.  The other portion of rice was left to cool and will be added to my tea if needed and be in the fridge ready for breakfast tomorrow. 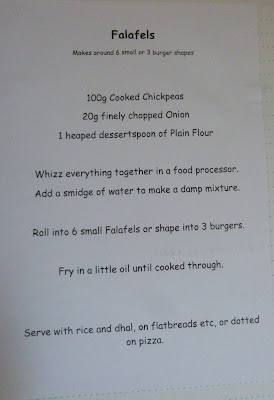 Just before lunch I got out my Falafel recipe and got the ingredients ready to make it. 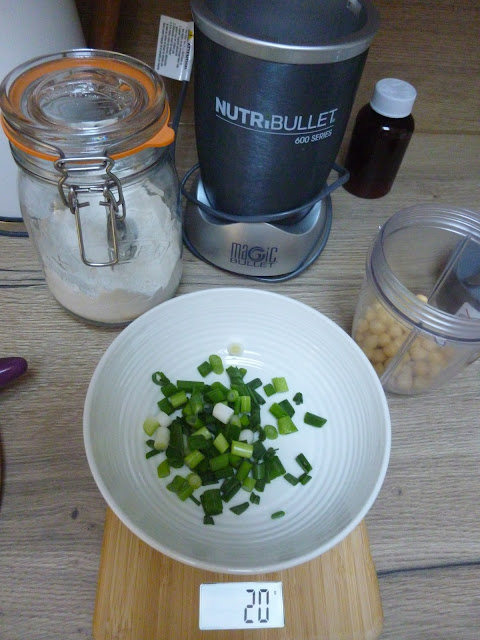 Not that there were many ingredients!!
I did add half of my remaining garlic to the dish to ramp up the flavour a little bit more. 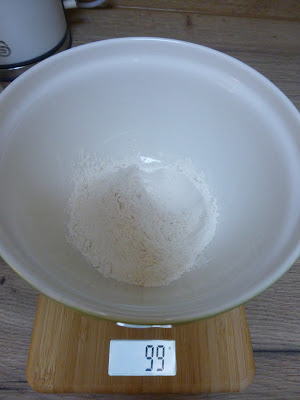 Once again I decided to make both the flour products together to save time and mess later.  I'm fast running out of energy.  This was as near to 100g as I could get it. 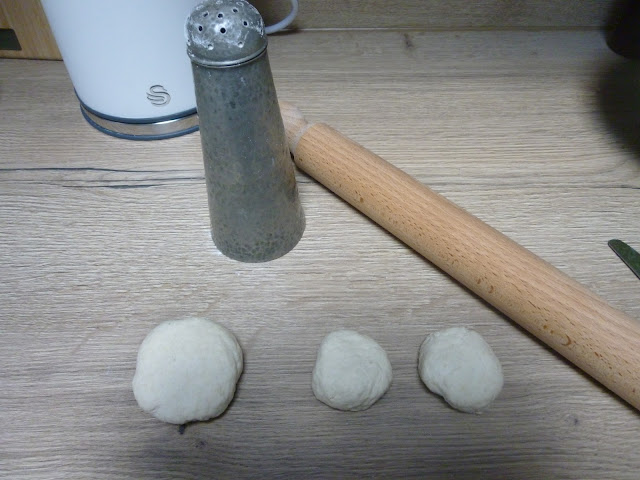 The larger ball will be for my teatime pizza and the two smaller balls were for flatbreads to go with my lunch. 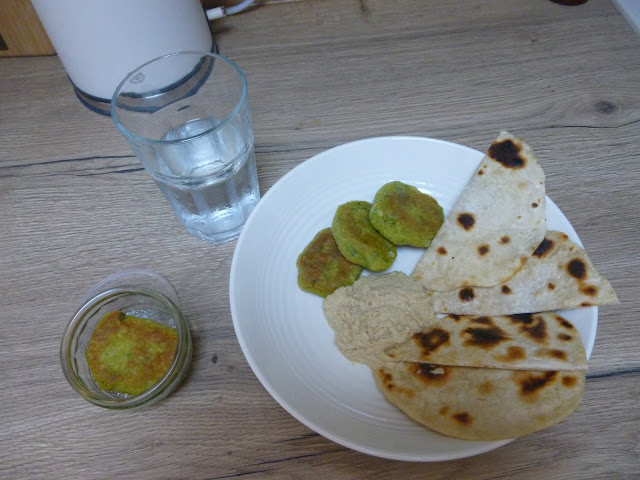 Gosh it was filling, I'm glad I decided to save one of the falafels for another day, if it has been on my plate I might have eaten it just because they were so tasty. 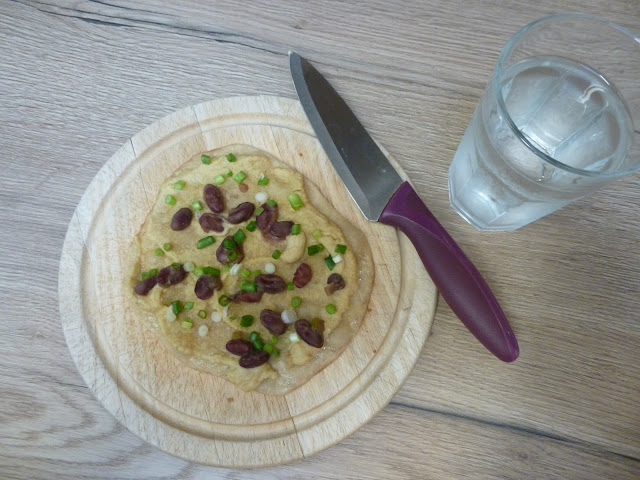 My tea was delicious and I could have eaten it four times over.  It was just a simple flatbread pizza cooked in the pan to save putting the oven on. Topped with hummus, red kidney beans and a finely chopped spring onion.  Another recipe that I will be repeating in non-ration times.

Day Four is traditionally known as a tough day for the participants of the Ration Challenge, this morning we all got this email.  Which puts our four days into perspective!!

Thank you for all your donations, together we are at least making sure that they have food and some of the help that they need.