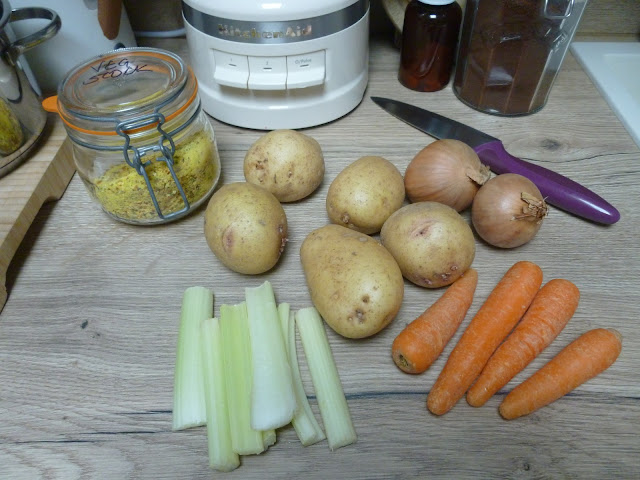 The last of the potatoes, the last of the celery, a couple of onions and the smaller carrots that I wanted to use up first.  Along with a tablespoon of bouillon and some water and seasoning made the component parts of six meals. 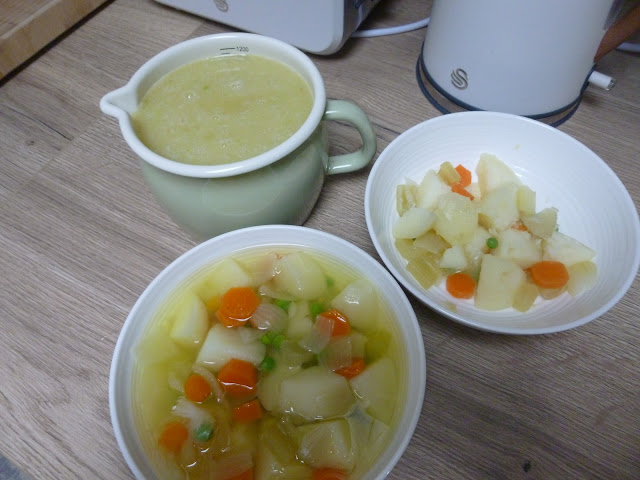 One of the more finely chopped potatoes was cooked first and then scooped out to cool down and be added to the Cheese and Onion Pasty that I showed yesterday.  Then the rest of the chopped vegetables were added to the already potatoey water along with the bouillon and some more water.  This was then turned into a vegetable stew ... with the late addition of a large handful of peas ... that I had for another meal.
After the rest had cooled a bit a couple of spoonfuls of the stew left in the pan were then lifted out with minimal water to be added to another strip of the same roll of pastry I used yesterday to make a Vegetable Pasty.  Then what was left was whizzed up with my stick blender to make three good sized portions of Vegetable Soup for some of this weeks lunches. 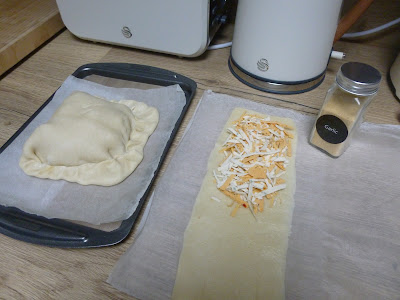 After making two pasties from this pack of pastry there was a very narrow strip of pastry left.  I could have just made the pasty a bit larger but I had a different plan in mind.
I rolled out the pastry to make it wider and thinner, sprinkled on some of my tastier cheeses, folded it over, rolled it again and cut it into four biscuit sized portions. 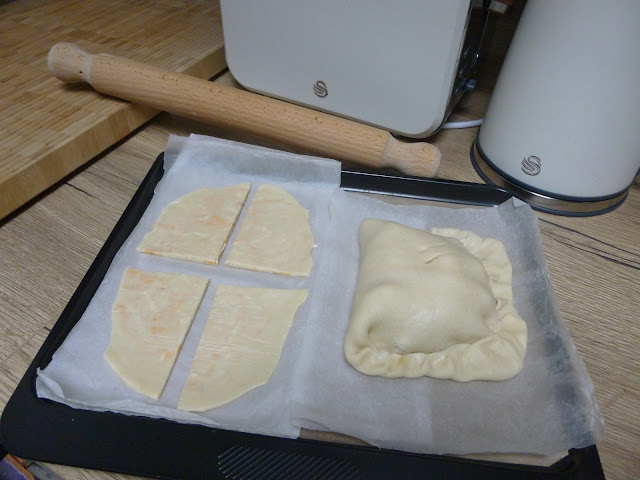 Then I baked my pasty and cheese biscuits together, knowing that the biscuits could come out first and be a tasty little starter while my pasty continued cooking. 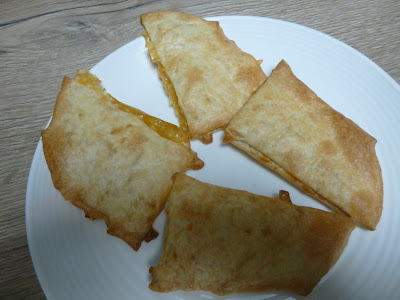 Too tasty ... it's a good job there were only four!!
Just like the softest and tastiest of cheese straws but flat and hot straight from the oven.  😋 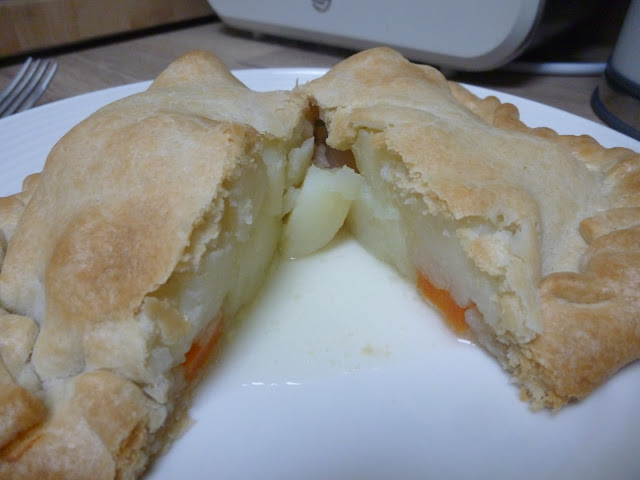 And finally the pasty ... just my usual vegetable pasty but very enjoyable.  I didn't bother with gravy just a small dollop of mayonnaise.

Not the most balanced of weekend foods if you just look at the photos I have shown but bear in mind there was also the last three of the mandarin oranges and one of the apples consumed, a spinach and fruit smoothie for breakfast on Sunday and a large portion of liquid apple on both Saturday and Sunday evenings.  🍷🍷 😉

I could of course have just gone out and bought a pack of various pasties or pies but isn't making your own from what you already have in just that much more satisfying?
Sue xx
at 6:00 am