Ration Challenge 2022 - Summary ... and Completely Ignoring Two of My Own Tips 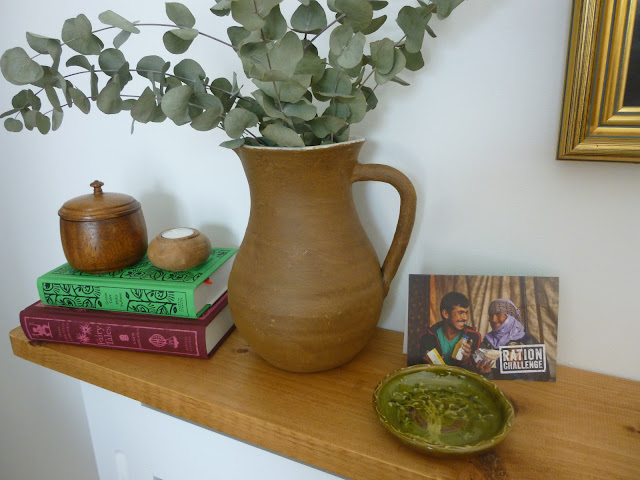 So the Ration Challenge is over for another year and I have decided that this year is the final year that I will take part in it.  I will hand my baton over to another blogger to run with and raise money for this amazing cause.  If you decided to do it next year, please let me know and in lieu of taking part I will instead make you a donation. 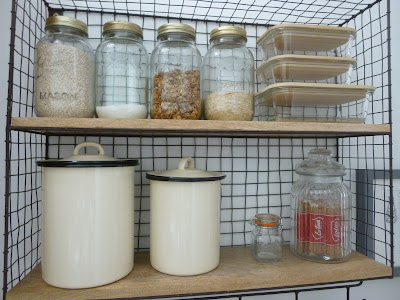 This week my little home is getting back to normal, the tiny 'coffee jar' is back on the shelf. 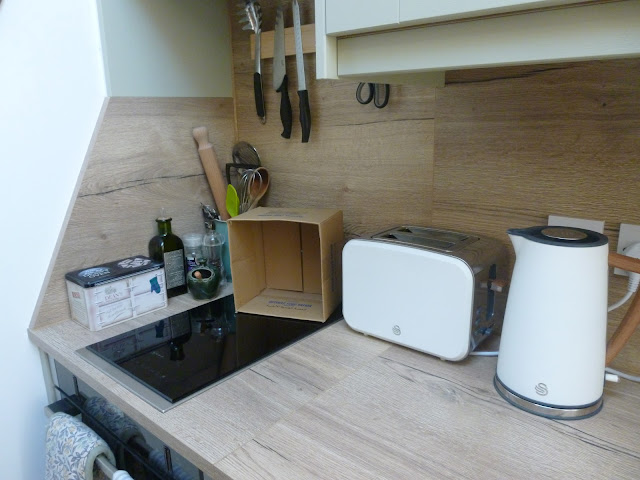 The worktop is back to it's usual 'ready for anything' self and since this photo was taken the cardboard ration box has been flattened and is in the recycling bin ready for pick up tomorrow. 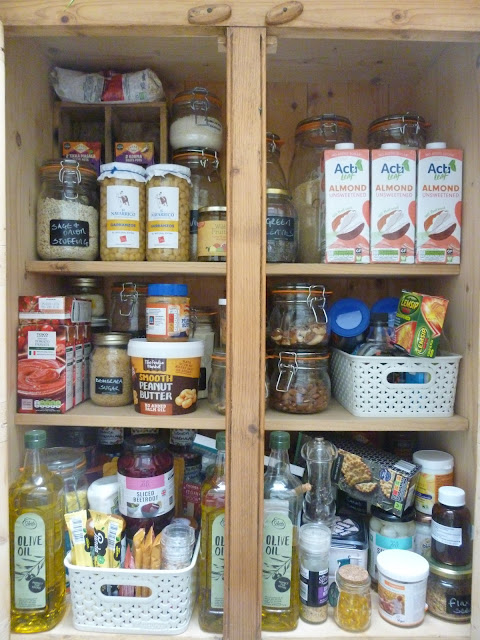 My food cupboards are ridiculously full ... 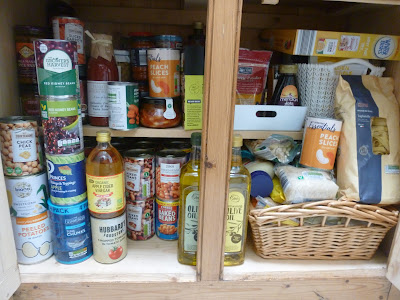 ... at least these photos were taken after I had come back from shopping.
Yes, I now have 4.5 bottles of olive oil!!  I have not seen vegetable oils in our Aldi for weeks now, so each time I went I was buying one bottle of olive oil.  This week there were no more olive oils one the shelf either.  The gaps on the shelves would be worrying if I didn't have all this food ... there's something to be said for a well stocked larder. 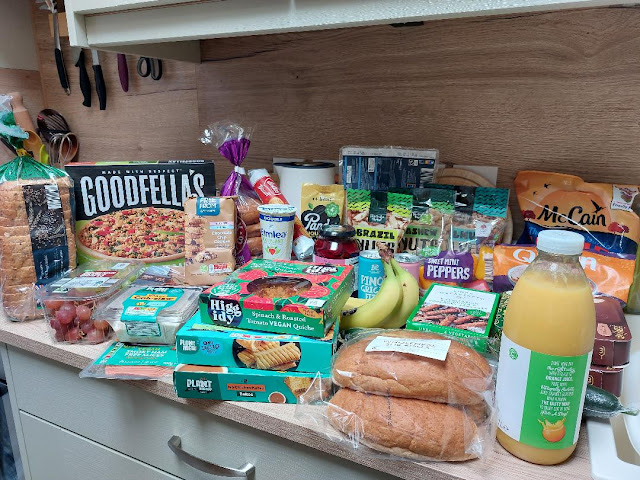 As I mentioned on my last post I had gone shopping on the last day of the Ration Challenge, and I went after walking the dogs and before I had had anything to eat.  And I didn't take a list.  Breaking all my own rules and ignoring two of my favourite tips ...
1.  Make a shopping list
2.  Never shop on an empty stomach.
So I obviously wandered around willy-nilly chunking into my trolley everything that my hungry little treat deprived tummy told me that I needed!!
Oh well, the cupboard is full and the freezer is full and there are a few bits in the fridge too, along with the fresh fruit and veg that you could spy in there yesterday. 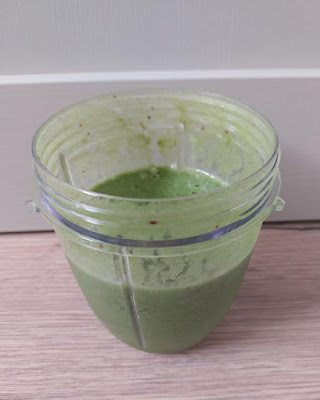 My first 'meal' when I woke up on Sunday morning with the Challenge behind me, was a small smoothie made with two thirds of a frozen banana, a small apple and two pellets of frozen spinach.  It hit the spot as much as a glass of ice cold water after a two hour hike through the Sahara desert would.
A quick summary of the Ration Challenge this year would be, that it was hard, but invigorating in some ways.  I was amazed at everyone's generosity in these hard times that are starting to affect most of us.  I was blown away by the support I received, especially from all you lovely blogging buddies and blog readers, it really helped.
I found it hardest health-wise, my body is used to good nutrition and it's important that I keep those levels up.  Even though I took all my usual supplements by the end of the seven days I could feel myself going downhill.  This week I am in more pain that I have been for a while, I think that this is partly due to the diet but also due to the fact that being on my own all last week and weekend I had to walk the dogs and do all the usual doggy chores that Alan usually does.  So it was a question of less and poorer food and more to do ... not a good prescription for anyone.
The absolute best news of course  is the total of money raised ... which I thought I had completed yesterday, but thanks to two more donations it has gone up yet again.  Thank you so much.
.
A HUGE thank you to everyone who donated any amount to the ever rising total.
The final amount now stands at £2,187.  My highest ever figure and one that I am so proud to have raised.  Together we have raised enough funds to feed 13 refugees for over a year.
An amazing achievement. 💝
I am now easing myself slowly into eating normally again, and I am also having a slow but steady decluttering session all around my tiny home.  I just had to sink my teeth into something that was not in anyway food related for a while.
Thank you once again.  💖
Sue xx
at 4:40 pm