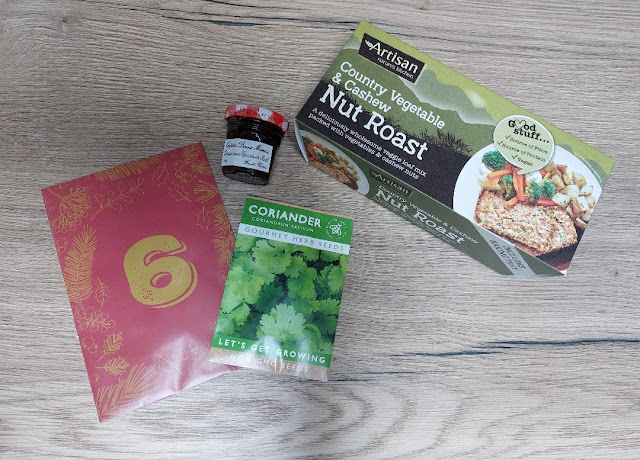 Today's seeds are coriander not something that I like at all; I will do a giveaway at the end of the month for all the seeds that I know I won't want to use.  Today's jam is ... well it's just jam.
The names of the flavours are all in French and to be honest they are all that tasty anyway that I don't bother to look at the back of the box to see what it is.  I have not even been eating this year's yet as when I was sorting through the food on the shelves, I found a stash of little jams from my last Bonne Maman Advent calendar a couple of years ago in one of my enamel tins, so I have been eating my way through them instead as they are well out of date now.  One thing for sure I won't have to buy any jam or marmalade next year; I do have a lot in stock.
I bought this dried mix nut roast a few weeks back, just before I found the one that I seem to have had in the freezer since last Christmas.  They are very tasty, but as I found out the last time that I had one they are very reminiscent of stuffing mix ... which I absolutely LOVE so it's not really a problem.  But when I have a nut roast dinner I go light on the amount of stuffing I dish up or it's just like having two portions of different flavoured stuffings and not much else. 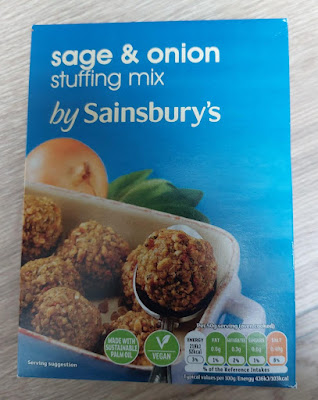 I'm not that particular which stuffing mixes I go for, when I first got married over forty four years ago it used to always be the brand leader Paxo as that was what we had growing up, but then I discovered that really there's not much in it between the brand leader and all the pretenders to the throne.  I found that I even liked the basic lines from some supermarkets which used to be just 20p ... I wonder how much they are now? 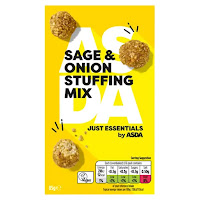 Seemingly not that much more expensive, just 25p if you buy this one from Asda ... you know me, I had to look it up!! 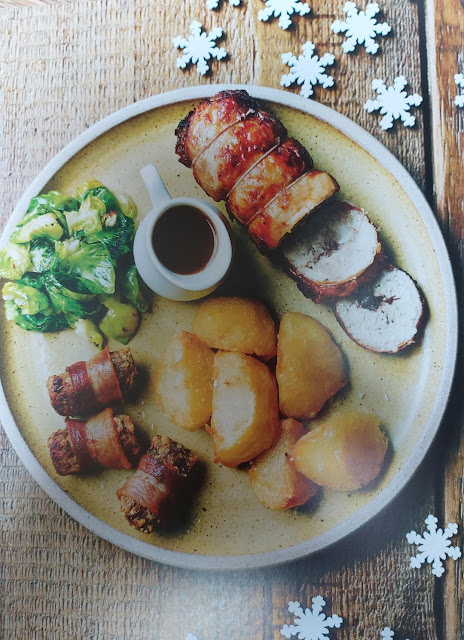 I wonder if it's still possible to have your whole Christmas dinner for just £1, as it was when Miguel Barclay wrote his first book. 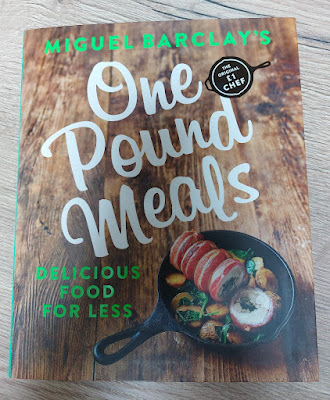 The photo of the Christmas dinner was taken from this book. The Christmas dinner recipe is on page 160.  Perhaps I could make something similar as an experiment, obviously minus the chicken, which should help to keep the cost down nicely.